A photo of an old man enjoying a newspaper and a coffee at a flooded Chai Wan Starbucks went viral on the TV Most Facebook page on Wednesday. 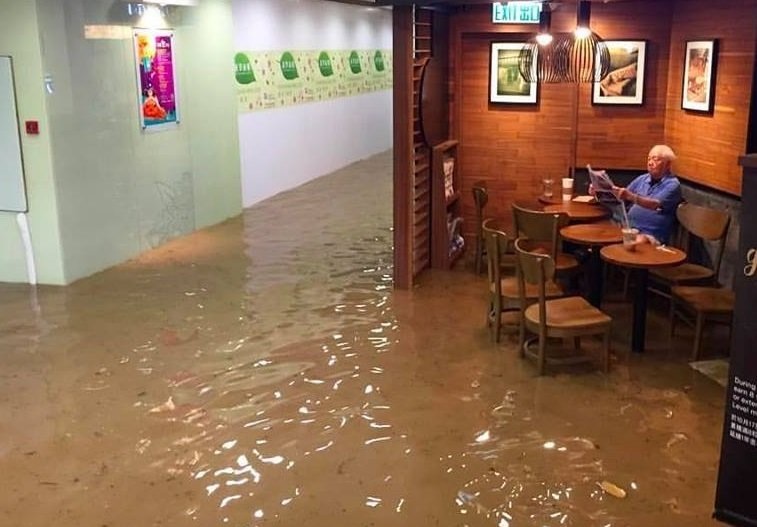 The inspiring image, which encapsulates the unheeding resilience of Hongkongers everywhere, gained over 12,000 Facebook “reactions” and over 1,500 shares.

A photo posted a little later showed that the intrepid citizen had been joined by another adventurous soul. 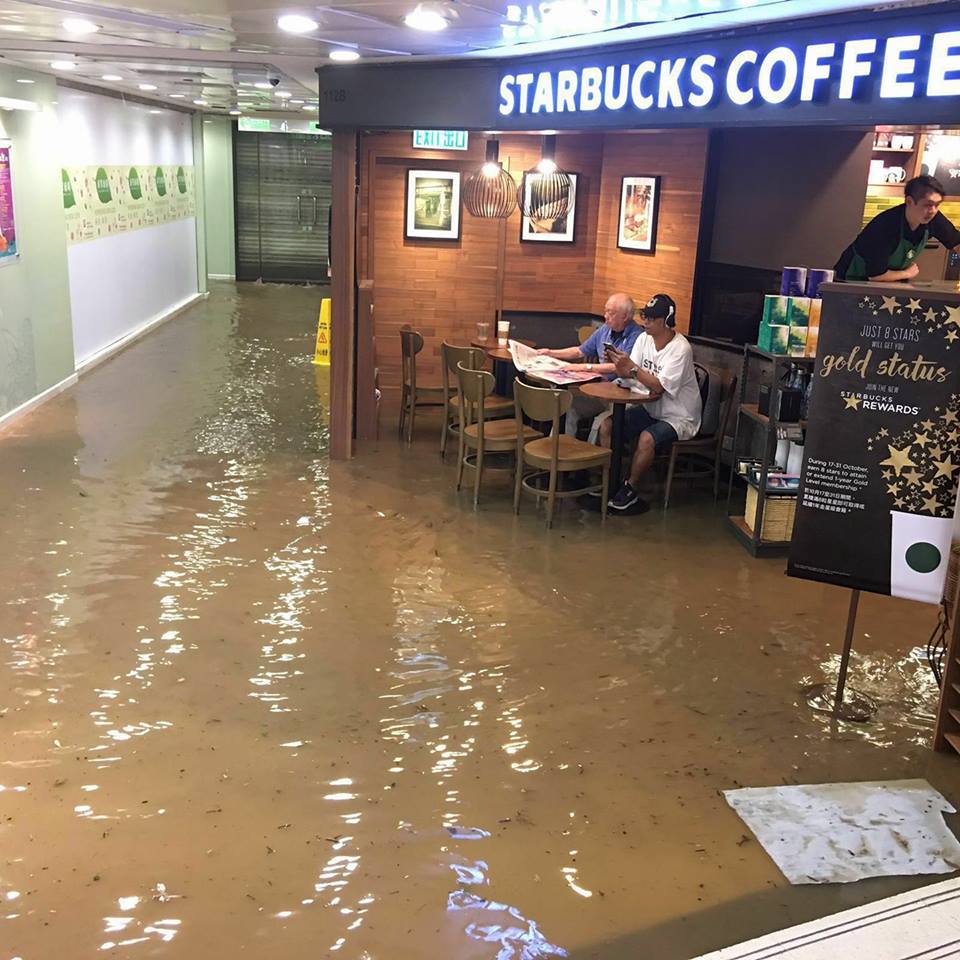 It wasn’t long before netizens took to Photoshop… 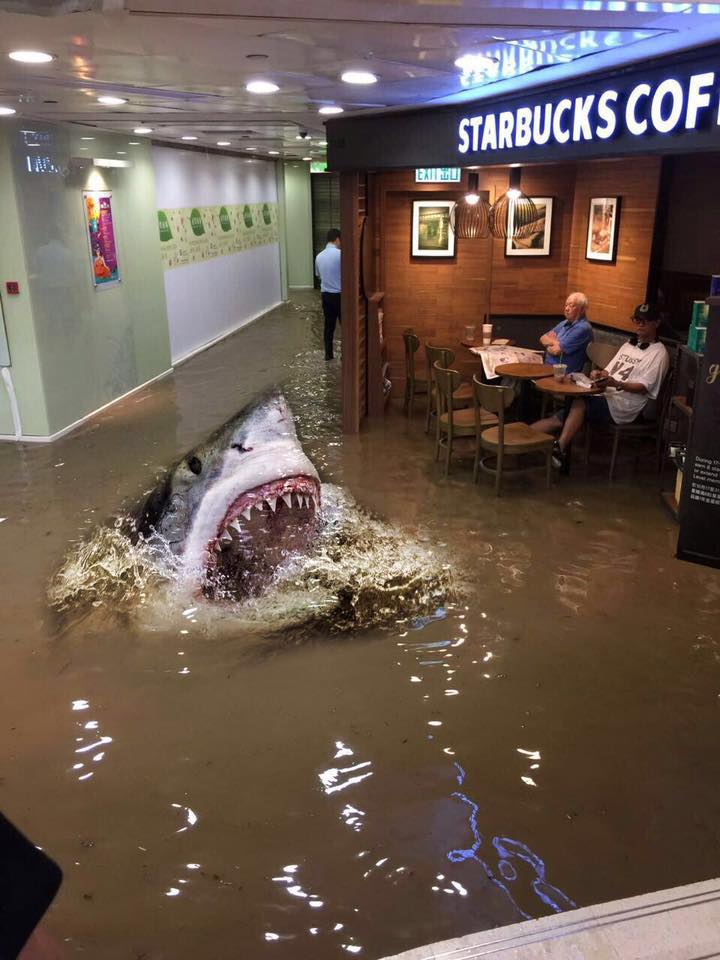 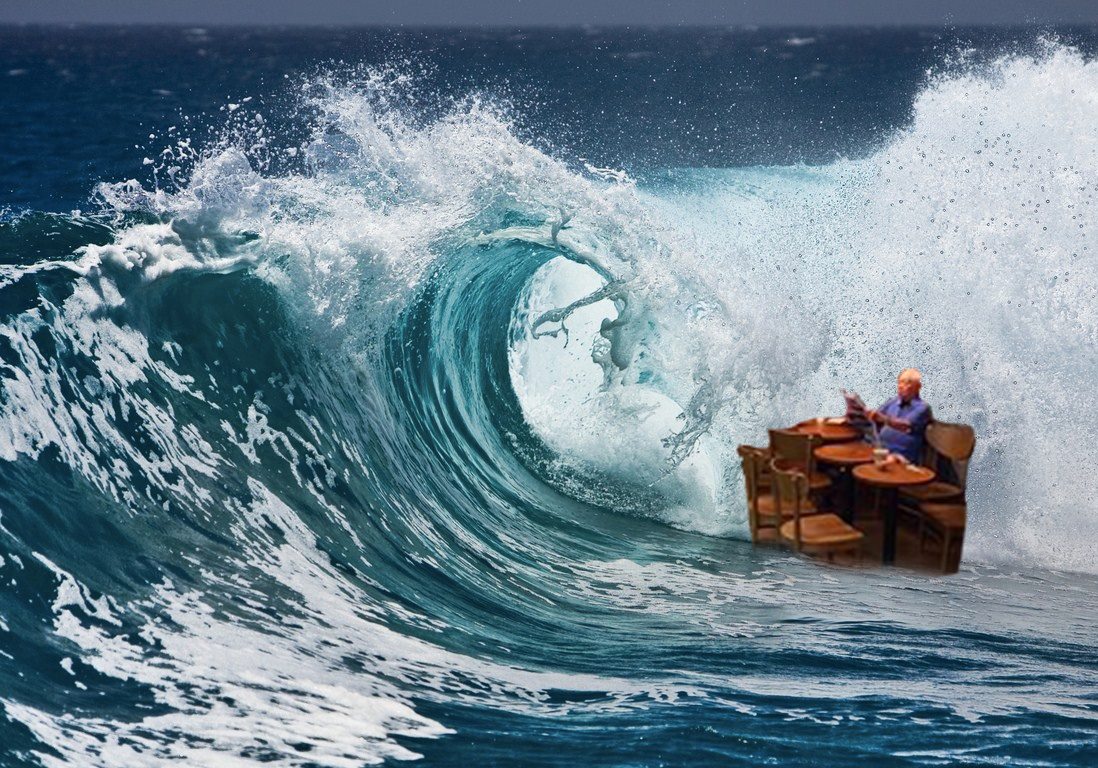 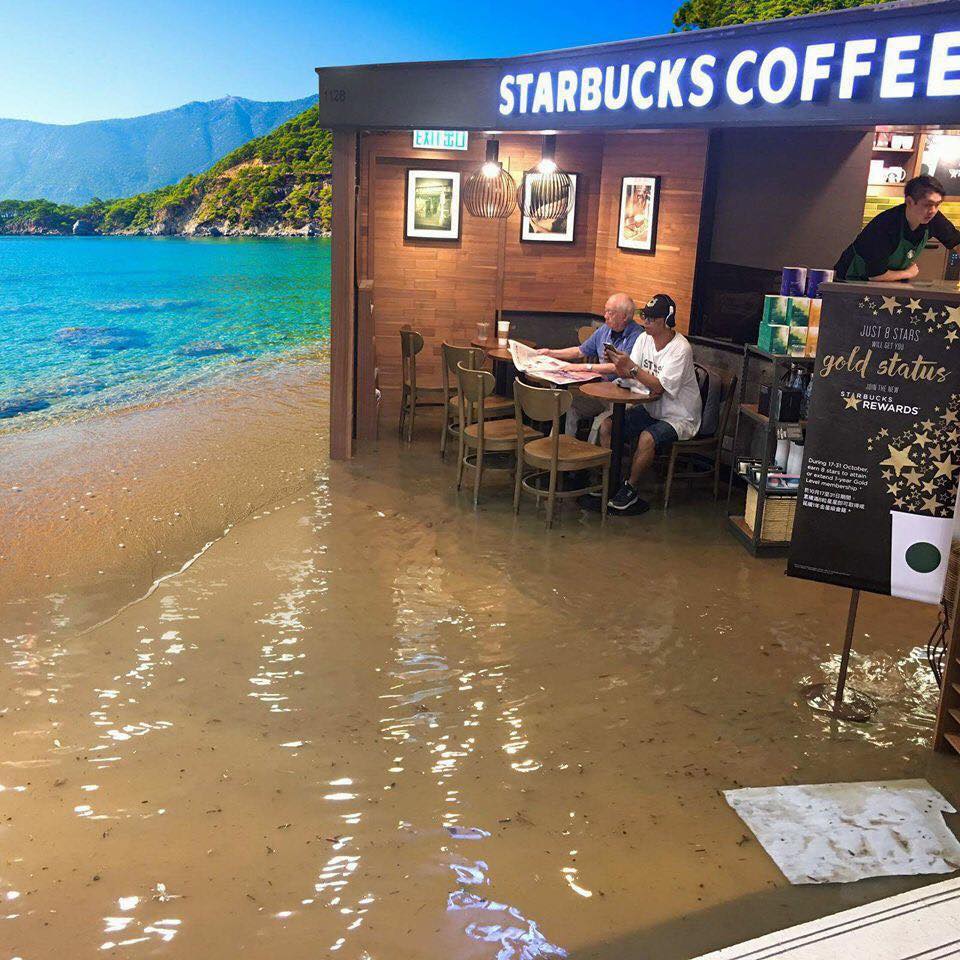 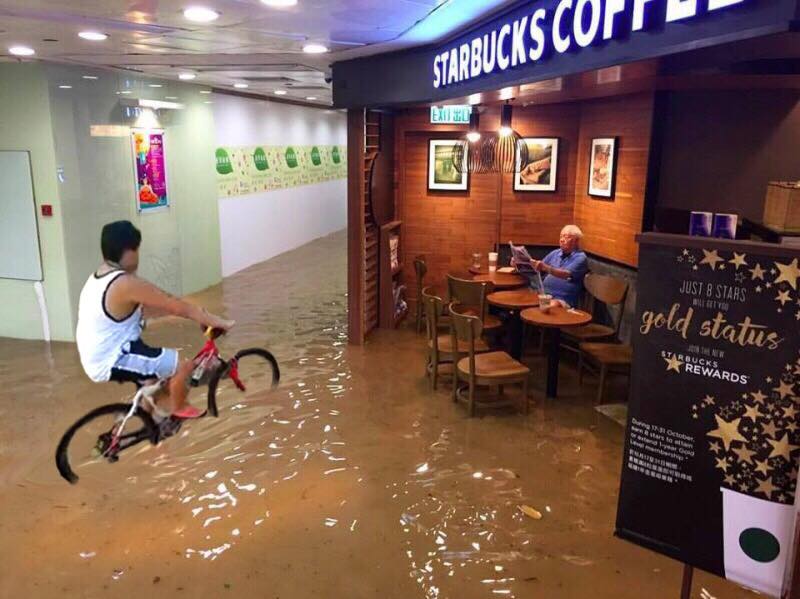 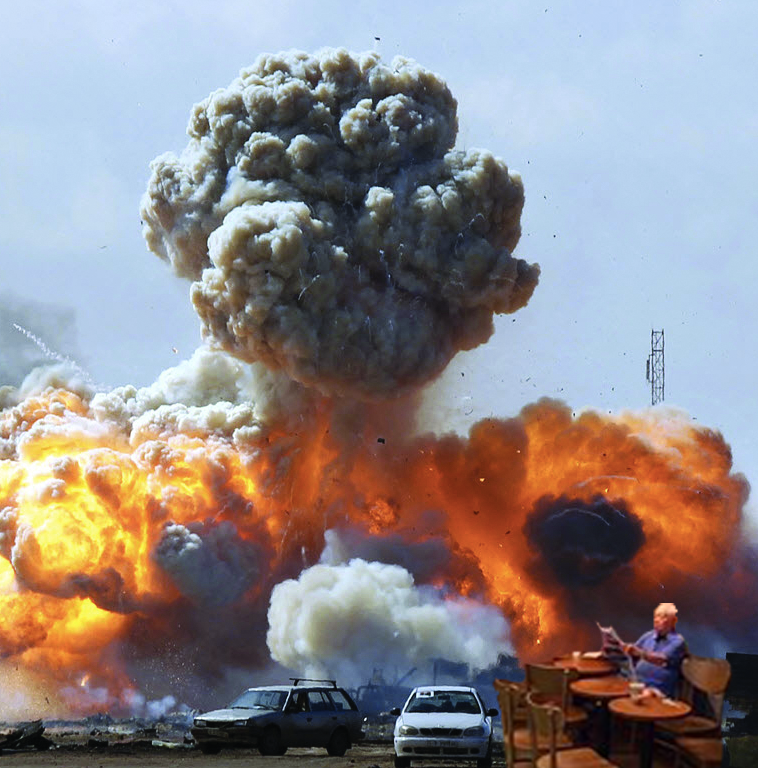 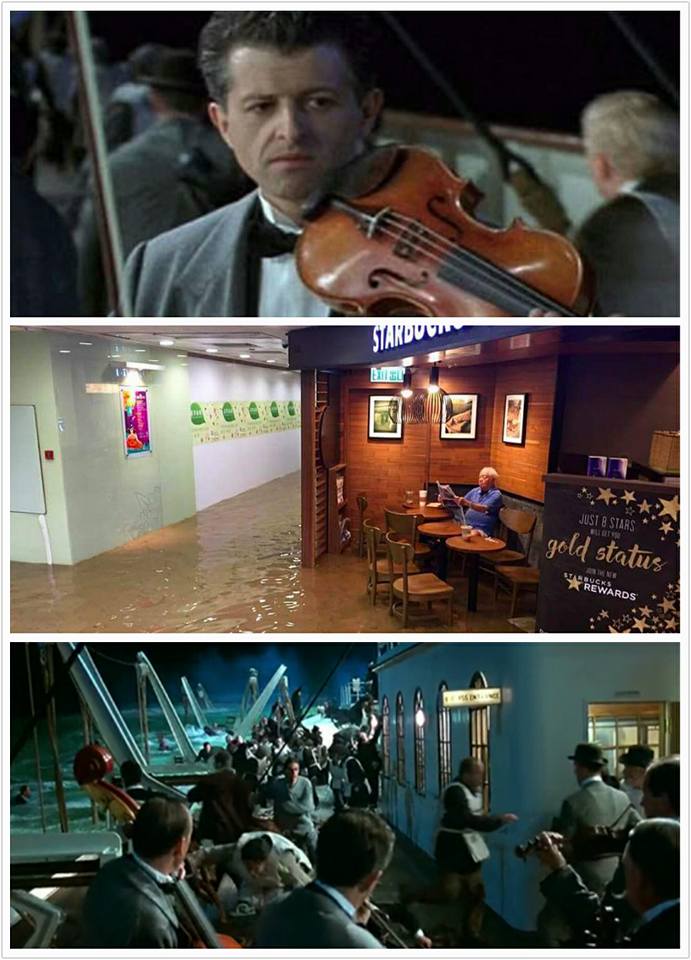