As Hong Kong comes into its own and grapples with notions of national identity in the post-handover age, Hong Kong is also struggling to find space for gender politics and discourse in society.

Some people dismiss discussion of gender issues as irrelevant and unnecessary in a society where professional opportunities for women are plentiful. Yet despite the progress and strides made by women in the workplace and at large, conservative social attitudes continue to shape the female narrative – what it means to be female and the value of “women’s work.” 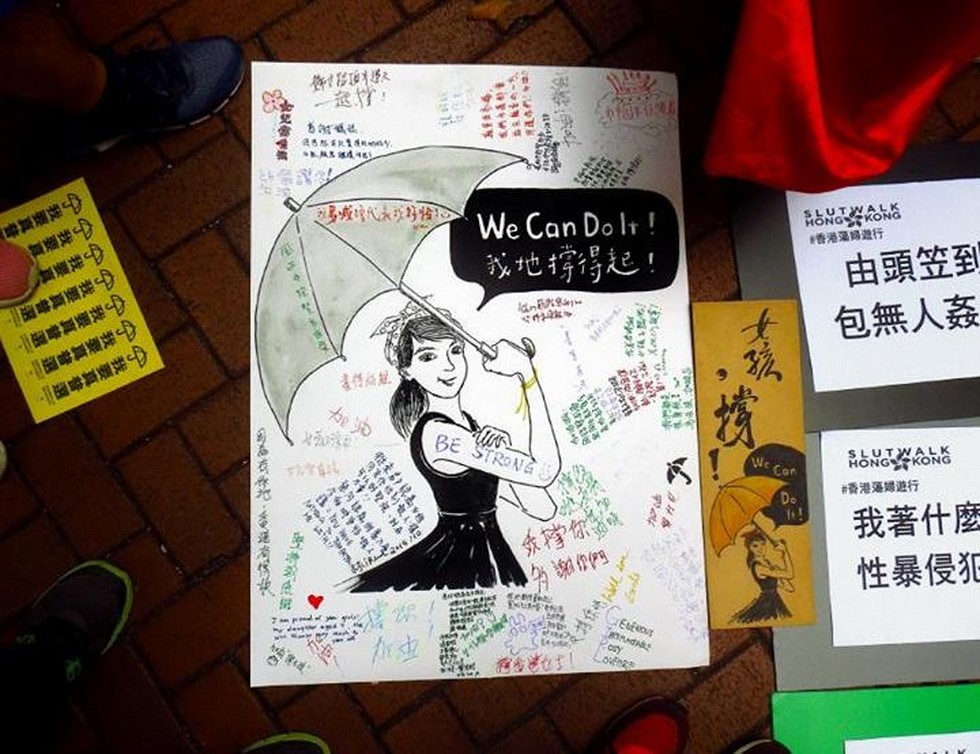 Recent developments signify that there is room for women to thrive professionally, and also to demand to hear the voices of female leaders and professionals across all industries. Nearly half of Hong Kong’s professional workforce is female and female entrepreneurship is on the rise; we have seen the advancement of inclusive and forward-looking organizations such as The Women’s Foundation and industry-focused groups Women in Law, Women in Finance, Women Who Code and many more.

Despite this momentum, the economic contribution of women is still less valued and less worthwhile in society. According to The Women’s Foundation, the salary gap and gender gap is real – Hong Kong women make on average 20% less than men, while only 10.9% of listed companies have female directors. The notion of “gendered professions” still proliferates – with roles in administration and communications traditionally seen as the domain of women.

Outside of the professional sphere, domestic work and the private lives of women are beheld and shaped by conservative social expectations and norms, further illustrating the feminist dichotomy at work in Hong Kong.

Domestic work is also highly gendered, and customarily left for females. Hong Kong’s overwhelmingly female workforce of domestic helpers are positioned as second-class citizens on the basis of the work they do and the value we place upon this work.

Domestic helpers, however, allow Hong Kong women to play a more significant role in the white-collar economy – helping to shape and sustain a participatory workforce and economy. In media and public commentary, the personal lives of Hong Kong women are dominated by prescribed notions of femininity and criticism of those who do not fit them. Public discussion is heavily focused on the “stigma towards single women, which has become the central narrative of Hong Kong’s (dating) culture.”

With women outnumbering men in Hong Kong, the concepts of “leftover women” and “gong nui” have become ubiquitous in popular language, evidence of the rigid class rules on marriage in Chinese culture – so that as a woman progresses up the social scale, it becomes a disadvantage and hindrance in finding a male partner.

These perceptions foster a culture of anxiety when it comes to dating and marriage, and reduce women’s ambitions to the “accomplishment” of finding a (male) partner. When we look at messages from the public domains of entertainment, popular culture and media, expectations of women are put on display, and openly spurn inspiration and inclusiveness.

In 2012, TVB produced a television show, “Bride Wannabes” showing single women over 30 undergoing “improvements” in hopes of finding a husband. The show was watched by 25% of the Hong Kong population. The women’s personal accomplishments and character were neglected in favor of improvements in the form of “cosmetic surgery clinics, makeup tips and learning what length of an SMS message will keep a man tantalized.”

Crystal Fung, the newly-crowned Miss Hong Kong (also a TVB production) was recently the subject of scrutiny for her Facebook posts using “foul language” to lambaste local politicians. Political commentary aside, the media response was baffling. A local publication asked the public not to rush to judgement about her for her use of provocative language and her academic record; the article notes that despite these points, Fung “has a top-notch boyfriend – a medical school student with 10 straight As.”

A headline from a few years back went viral again in 2016 – the topic of concern being a local tycoon’s offering of a “dowry” to a male suitor for his openly gay daughter.

What are the implications of these messages pushed out by media and popular culture? They denote that a woman’s value is directly correlated to her (male) partnership; that a woman’s value diminishes as she increases in age, if she does not embody certain character traits or adhere to fixed standards of beauty. An ideal woman in Chinese culture is expected to uphold traditional norms of femininity – to aspire to marriage (with a man), to conform to certain standards of beauty and character traits. While it is not inherently wrong to have these aspirations as a female, these ideals should not be maintained as objective, inclusive and essential truths to being a woman.

Alternative aspirations, ambitions and visions of the female identity should not be censored – what is missing in Hong Kong society is openness to this gender discourse and acceptance of identities that are penned by the individual.

“I looked up the word in the dictionary, it said: Feminist: a person who believes in the social, political, and economic equality of the sexes. My own definition of a feminist is a man or a woman who says, yes, there’s a problem with gender as it is today and we must fix it, we must do better. All of us, women and men, must do better.” – Chimamanda Ngozi Adichie

Yvonne is a researcher and programme writer for Thomson Reuters' Legal Media Group, previously with The Economist Group in Hong Kong. She is also a regular contributor for China Daily Asia, Global Risk Insights and the Asia-Pacific Foundation of Canada.

We Can Do It: Hong Kong women have made progress, but the gender gap persists