Another small magazine dies. Cue the usual mourning. I liked HK Magazine as a good read, and also as a place which kindly accommodated generations of journalism students as interns. Survivors in the media business have been a little unsure as to which of the usual stories this might be. Is it “China-linked conglomerate buys up independent voice and stifles it”? Heard that one often enough. Is it “devious South China Morning Post buys and closes a rival to its own boring lifestyle-and-listings efforts, which do not feature any edgy real news stuff”? Is it “Megabucks Corp buys spunky little outfit and clumsily hugs it to death”? Or is it just the trend of the times: the twilight of the Print Gods? There is probably something in all these explanations. When it was independent HK Magazine certainly ran the sort of stories which would not have gone down well as part of the Alibaba Empire. I am sure there are some people in the Liaison Office who devoutly wish the SCMP was the only English-media game in town, and encourage any move in that direction. But we do not need a conspiracy theory to explain this death. It is a common thought in journalistic life that working for Megabucks Corp is lucrative but working for Precarious Underdog Limited is more fun. As a result the attitudes of the staff are rather different. Reporters for Precarious work crazy hours, will walk through fire to get a story and often forget their expenses. Reporters for Megabucks are not crusaders, they are staff. In the days when the SCMP was the most lucrative newspaper in the world and the Standard was the number two who tried harder it was a commonplace observation that moving from the Standard to the Post would double your salary. In fact moving almost anywhere from the Standard would double your salary. But the Standard was a meaningful and fun place to work; those who departed often wept at their own leaving parties. The Post did not inspire that sort of feeling. 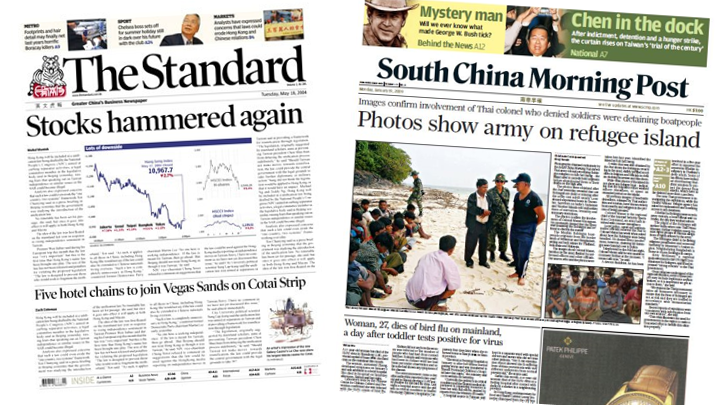 It is also my experience that Megabucks Corp usually insists on a level of overhead at the freshly-landed Precarious which means that closure is only a matter of time. At Precarious we have a few journalists and one non-journalist who fills the roles of the secretary, accountant, human resources person and general dogsbody. The office is a squalid hole in Western. This will not do for Megabucks, which expects people to specialise. It also expects them to have nice offices, which are not found in Precarious journalism. I remember visiting Asiaweek soon after it was taken over by an American company. The offices were stunning. Very elegant and luxurious. I did not think a small magazine could survive on this basis, and nor did it. I knew HK Business was for the high jump when they introduced me to the office wine-cooler.

This brings us to the twilight theory, and of course there is something in this as well. Whatever your job is these days, the microchip is coming to get you. My first job in journalism was on a newspaper which was still printed by a beautiful piece of machinery which, in its youth, was probably powered by steam. It could only print four pages at a time (two each side of a sheet) so a large crowd of ladies would come in on Tuesday evenings and spend the night folding and collating the paper ready for distribution the next morning. After a few months the management decided to switch to computerised type-setting and a new press which would spit out our 30,000 circulation in a few screaming minutes. Because the print unions were a power in the land in those days the only people actually made redundant by this change were the Tuesday-night ladies’ team. And having survived it I was an easily recruitable candidate for people contemplating the same switch. 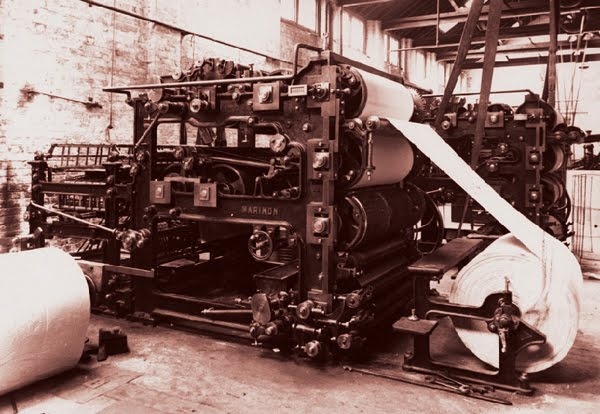 I moved often as a sort of roving ambassador for computerised type-setting and web-offset lithography (which is what modern printing is called). Once the unions had been emasculated this became a programme for massive cuts in newspaper production staff. We were always promised that the new technology would bring more editions, later deadlines, more exciting reporting opportunities. And what it brought was massive economies for the proprietors. The qualitative improvements somehow never materialised. This was a tragedy for the men (ladies were not admitted) who had type-set, composed and proof-read newspapers. They had followed the good advice offered to young working class men: learn a trade, lad. The apprenticeship for journalists was three years – two if you had a degree. The apprenticeship for printers was seven years. And this painfully acquired skill became worthless when any teenager could do the same thing on an Apple Macintosh.

The painful collision with the microchip has now reached the journalists. The print model is on its last legs. The on-line model clearly does not need the same large number of people. Just as the 50 people who used to produce the Morecambe Visitor have now been reduced to half a dozen who run the press, so the 50-odd people contributing to a substantial newspaper will, when it goes on-line and drops the print edition, rapidly shrink. This will be resisted vigorously by everyone concerned, but will be enforced eventually by a drastic reduction in income. In this situation the advantages of new news websites are elementary. They can take on staff until they have enough, and then stop. Enough is likely to be a quite small number. Unlike their print predecessors, websites do not need to provide visitors with an hour of entertainment to keep them awake on the commute to or from work. This function is now performed by the mobile phone. The dirty secret about news is that there isn’t actually that much of it. The few readers who care about foreign news can read it on foreign websites. The local stuff is sporadic. The BBC is said on one occasion in the 1930s to have opened its evening news bulletin with “There is no news tonight so I am going to play a record.” This was commendably honest but was not repeated. 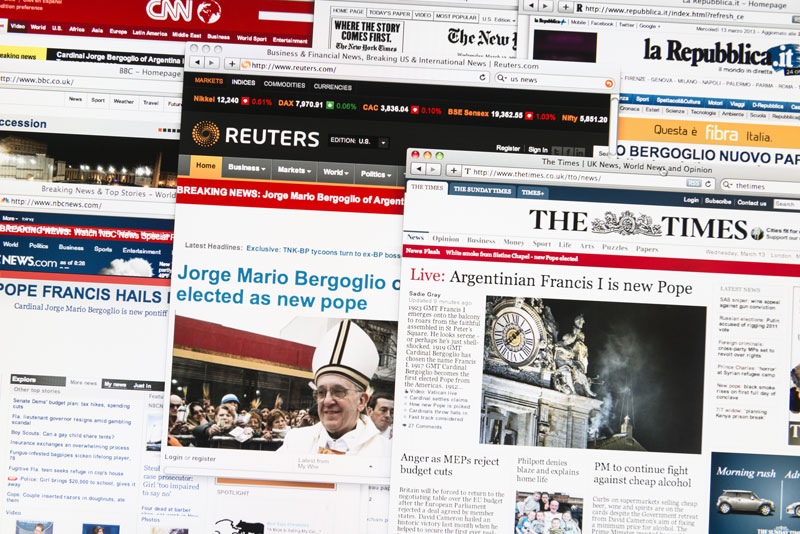 The shift to online. Photo: fujomedia.eu.

The curious thing about the decline in demand for editorial personpower is that it has coincided with a huge leap in the number of journalism teaching programmes in Hong Kong. In the days when I used to go to journalism conferences in Australia I often asked how universities could justify producing 200-300 journalism graduates in provincial capitals where the number of vacancies available for would-be journalists averaged about 12 a year. This disparity was a source of continuing embarrassment and led one gentleman at the University of Queensland to suggest that they should drop the idea of a journalism degree as a professional preparation, and treat it as a general education in current affairs and crisp writing. I could complain about these things because at that time Hong Kong had no such imbalance. This was partly because local employers had a business model heavily dependent on fresh graduates, who would be disposed of and replaced when they looked like they were becoming expensive. Consequently turn-over was brisk. But it was also because there were not that many people offering courses in the area. Shue Yan College, as it then was, turned out a large number of diploma holders who filled vacancies in the parsimonious press. Baptist College, as it then was, catered for a more up-market sector. Chinese U aimed for the upper crust. And that was it. Nowadays Shue Yan and Baptist are both universities, and other people have joined in. Hong Kong U recruits geeks, Chu Hai College is handy for rural residents, Hang Seng Management College specialises in business, and all the Associate Degree merchants have an offering in the area. Everyone with University on their nameplate also flogs master’s programmes to mainlanders. I do not know where all the graduates of these programmes are going to work but it will assuredly not be in journalism.

The distressing thing about this plethora is that the ideas being perpetrated in all these courses are wrong. The conventional wisdom among journalism academics is that journalists are like mediaeval priests: they do not have to appeal to an audience because punters will be propelled into the pews by the fear of eternal damnation. Consuming media is a moral obligation and the content should accordingly be serious, informative and uplifting. This theory has now collided painfully with the technology which tells the owners of websites exactly how many people are reading any item at any time. I recognize that this piece would do much better on social media if it was a good cat video. This does not mean serious journalism is a waste of time. But we all need to think again about what people are looking for in media, and how we can combine that usefully with things which people are not looking for, but perhaps ought to know.

HK Magazine: Another death in the family