Four Chinese cities have announced new restrictions on property purchases as the government tries to cool soaring home prices stoked by property speculators in second- and third-tier cities across the country.

The measures in Chengdu, Jinan, Wuhan and Zhengzhou were the latest in a string of steps to tighten credit flowing into the property sector as the government tries to balance the need to prevent bubbles while stimulating economic growth. The spate of tightening measures over the past two weeks “shows that China’s top level may have reached consensus that the concerns about overheating in property market may have overshadowed the concerns about the economic slowdown,” OCBC said in a research note on Monday.

“The shift of policy tone also shows that China is unlikely to stimulate the economy further aggressively. This may not bode well for market sentiment in the longer run,” it said.

Many mid-tier Chinese cities have become targets of property speculators looking for the next big thing beyond China’s major cities. Other cities such as Tianjin, Hefei and Suzhou have also recently rolled out counter-measures to limit purchases as home prices jump.

The average new home price in 70 major cities climbed an annual 9.2 percent in August, up from 7.9 percent in July, according to data from China’s National Bureau of Statistics.

Residents of the inland city of Zhengzhou who already own two properties and non-residents who own one will now only be able to buy homes larger than 180 square meters (1,938 square feet), according to a notice posted on the local government’s website late on Saturday. 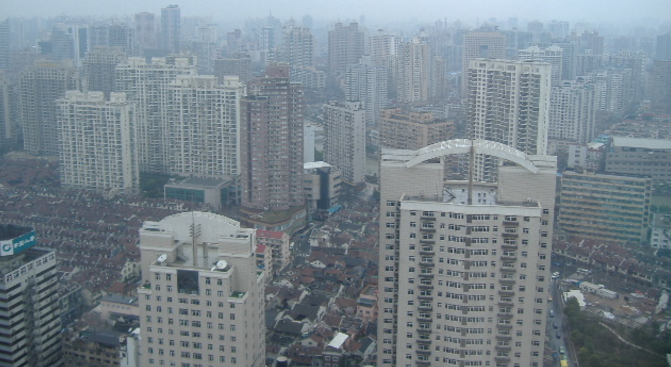 In Chengdu, the capital of southwest Sichuan province, prospective buyers will only be allowed to purchase one property in certain city districts, and those buying their second property will need to place a down payment of no less than 40 percent of the purchase price, the local government said.

The Chengdu government also said it would penalise developers who were sitting on land without starting construction on time as promised and would clamp down on rumour mongering in the property market.

The eastern city of Jinan said on Sunday that residents who already owned three properties could not buy more and increased down payment requirements for those buying their first home to 30 percent from 20 percent, among other measures detailed in a document on the government’s website.

Pictures of hopeful home buyers queuing up in Jinan to obtain spots in a lottery-like registry system during the public holiday weekend was widely published in state media before the new restrictions were published.

Residents of certain parts of the city of Wuhan, in the central province of Hubei, would be required from Monday to make a minimum down payment of 50 percent to qualify for a commercial loan to buy a second home or 25 percent for a first home, according to an announcement on a city government website. No loans would be given to residents for third homes.

Non-residents of Wuhan were ineligible for commercial loans for second homes in parts of the city and barred from buying third homes, it said.

Home prices in at least one district in Zhengzhou, which became a symbol of China’s property excesses because of rows of empty housing developments, have risen two-thirds this year to 25,000 yuan (2,897.73 pounds) per square metre on average, a sales manager told Reuters on a recent visit to the city.