Hong Kong’s leader called on the city to unite behind its current political system Saturday in the face of increasing calls for independence from China, as protesters were bundled from the auditorium where he was speaking. Leung Chun-ying was giving an annual address as part of National Day celebrations which mark the founding of the People’s Republic of China by Mao Zedong in 1949, after communist forces won a civil war on the mainland. 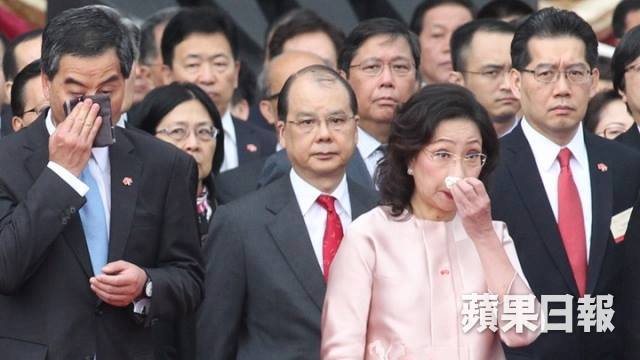 Hong Kong is governed under a semi-autonomous “one country, two systems” arrangement — a deal made when the city was handed back to China by Britain in 1997. The agreement protects Hong Kong’s freedoms for 50 years, but there are growing fears those liberties are being eroded by Beijing, leading to increasing tensions.

Leung described the system as the “most beneficial and most practical” for Hong Kong.

“One country, two systems needs each and every Hong Kong resident to defend it to their utmost,” Leung said.

He also encouraged young Hong Kongers to visit China, saying there was “deep kinship” between the two sides. A group of pro-democracy lawmakers interrupted the speech shouting: “CY step down!”. Security escorted them from the hall at the harbourfront convention centre, with one district councillor carried out.

Veteran Democratic Party legislator James To, among the protesters, said Leung had “caused divisions in the city and has made Hong Kongers feel they can’t go on (with Leung in charge)”. Several new legislators who won seats in elections last month and are calling for self-determination and independence for Hong Kong boycotted the event. Former protest leader Nathan Law, who at 23 is the youngest ever member of the Legislative Council, said he stayed away because of what he described as China‘s human rights violations. “As long as they don’t recognise that what they are doing is wrong, we shouldn’t go and celebrate this kind of holiday,” Law said, listing the Cultural Revolution and the disappearance last year of five booksellers from Hong Kong as among the incidents.

The booksellers worked for a publishing house known for salacious titles about Beijing leaders. All surfaced in detention in China.

Law led mass pro-democracy rallies in 2014 which failed to win concessions from Beijing. He is now calling for self-determination for the city. Since the 2014 rallies, there have been increasing demands for a break from China. Newly elected pro-independence lawmaker Yau Wai-ching also boycotted the event.

“It’s not the national day of the Hong Kongers,” she told AFP. 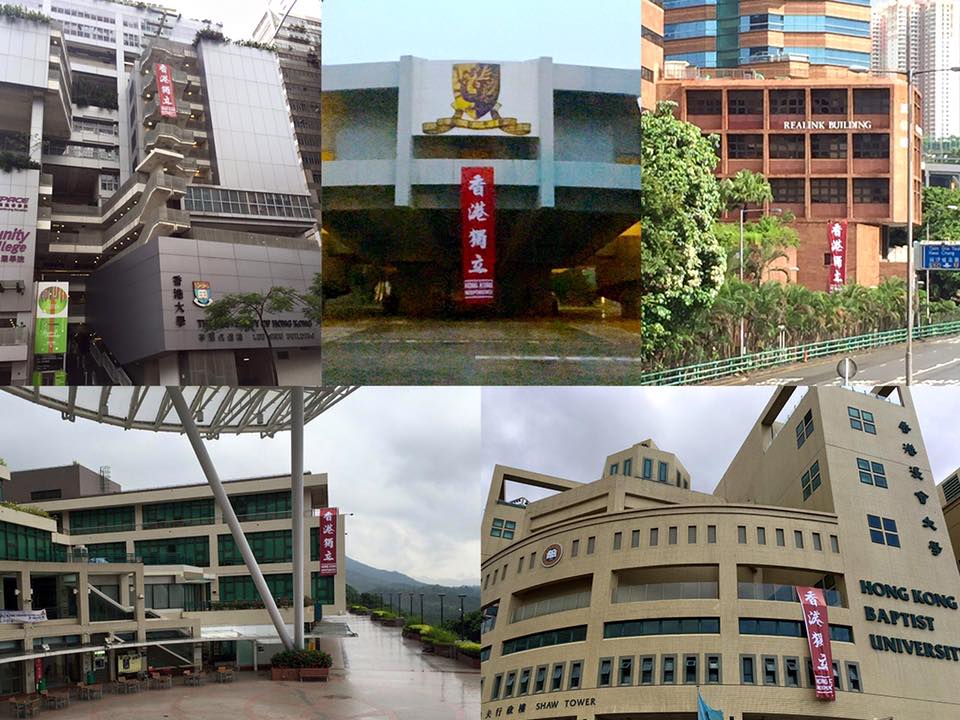 A small group of protesters led by rebel lawmaker Leung Kwok-hung, known as “Long Hair”, gathered outside the convention centre calling for the release of political prisoners in China.

They held up a makeshift coffin scrawled with the words “In memory of the people’s heroes”, and threw “hell money” — paper replicas of bank notes traditionally burned at funerals.

They also sang patriotic songs and shouted “we are Chinese” and “oppose Hong Kong independence”.