The recent jailing of a subcontractor for his part in a HK$260 million bid-rigging scandal at a Shatin housing estate has again highlighted a problem that is rampant in Hong Kong. Although bid-rigging attracts attention due to the large sums of money involved it is only part of a more complex problem.

The real problem which encourages bid-rigging is the rampant illegality which pervades Owners Committees (OC) and the feebleness of the government’s Home Affairs Department (HAD) in administering the Building Management Ordinance. But the loose wording and ambiguities in the BMO have helped to create a system which can easily be abused by OCs. While there are plenty of examples where OC’s act in an open, transparent and fair manner, this is more due to the character of the individuals concerned than to the system they operate in.

Unfortunately the loose regulatory structure encourages greedy rogue OCs that seize control by rigging the election through the use of both legal and illegally acquired proxies. Once in control of the OC the clique begins to implement its own agenda. This can include profiting from bid-rigging frauds, granting themselves free parking, renovating parts of the building that favour OC members, securing services for OC member companies and so on.

Control is maintained by not holding elections or by rigging them. Accounts are not shown to owners and sometimes not even to other members of the OC. Meanwhile bids for repairs, renovations and other services are not disclosed to owners, thus hiding fraud, and collusion between OC members and the property management company and contractors. Different estates have their own particular wrinkles. Criticism from owners or minority members of the OC is met with hostility. This can take the form of a campaign of disinformation or worse, as in Pokfulam Estate several years ago when individuals who opposed the OC were denounced in big character posters set up in the lobby of their buildings.

It is not unusual for members of the Home Affairs Department and district councillors to attend OC meetings. In June 2014 the OC at YY Mansion in Pokfulam had overrun its legal term by some five months.

Minority owners petitioned for an AGM and called for the OC to retire as required under the BMO and for another committee to be elected. They also wanted the accounts of the OC to be published. The minority owners say that when the OC eventually met the chairwoman crossed these items off the agenda and as a result there was no election, she continued as chairwoman and the accounts were not made public.

Astonishingly, these events were observed by a representative from the HAD, and by the District Councillor. The presence of officials from the HAD is worse than useless since their presence simply lends credibility to the proceedings without deterring wrong-doing. A few years ago at least one third of initial complaints to the Independent Commission Against Corruption concerned the BMO and bid-rigging. How is it that that rogue OCs can get away with their illegal actions? Angry and frustrated owners turn to the HAD and ask it to do something. Officials simply wring their hands and say “We are always available to help – but we are not lawyers. If you want to solve your problem, you should go to the Lands Tribunal.”

This is an expensive and tricky business and so people are reluctant to risk the expense of using the Lands Tribunal. Meanwhile the OC can use OC funds to pay for its legal expenses.

The government knows there is a problem. In 2014 it held a public consultation to review the BMO. Some 50 representatives of housing estate owners turned up to the Legislative Council Home Affairs Panel overseeing the review and complained about abuses ranging from overcharging by property management companies, improper conduct of OCs, the buying of proxy votes, hiding financial information from owners, collusion with contractors and a lot more.

There have been few changes to the BMO following the government’s review and none of any consequence. As it stands it simply provides a regulatory veneer and does little to protect owners’ interests. Indeed, it is quite often used to undermine them. 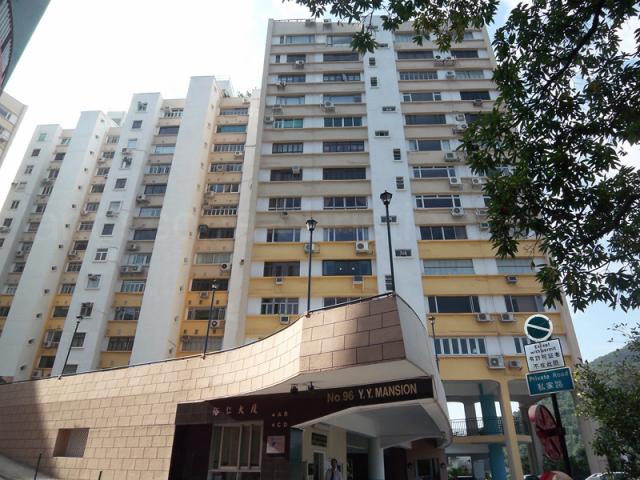 However, HAD officials persist with the view that the central problem is bid-rigging and believe this problem could be solved with the help of the new Competition Ordinance.

The main problem here is not bid-rigging per se, but the flawed BMO which is fraught with loopholes and ambiguities which can be used against owner’s interests, together with a supine HAD.

Clearly the BMO is not protecting owners’ rights and it needs to be radically reformed. Some mechanism needs to be found to crack down on rogue OCs. As things stand the government is reluctant to impose any kind of sanction on OC members since they act in a voluntary capacity. But the situation has got out of hand on some estates where the chairman of the OC and his cronies are acting like despots and in many cases breaking the law.

Some observers have suggested setting up a Building Affairs Tribunal, which like the Labour Tribunal could provide quick and cheap dispute resolution without the need for costly legal representation.

If stock market investors believe they have received dishonest or unethical treatment from stock brokers or fund managers they can complain to the Securities and Futures Commission for redress. There is no equivalent for property owners despite the huge value of their assets. Perhaps there should be.

Bid-rigging and other abuses in Hong Kong are caused by weak laws, feebly enforced