Environmental group WildAid staged a protest on Sunday calling for FedEx to ban the shipment of shark fins. 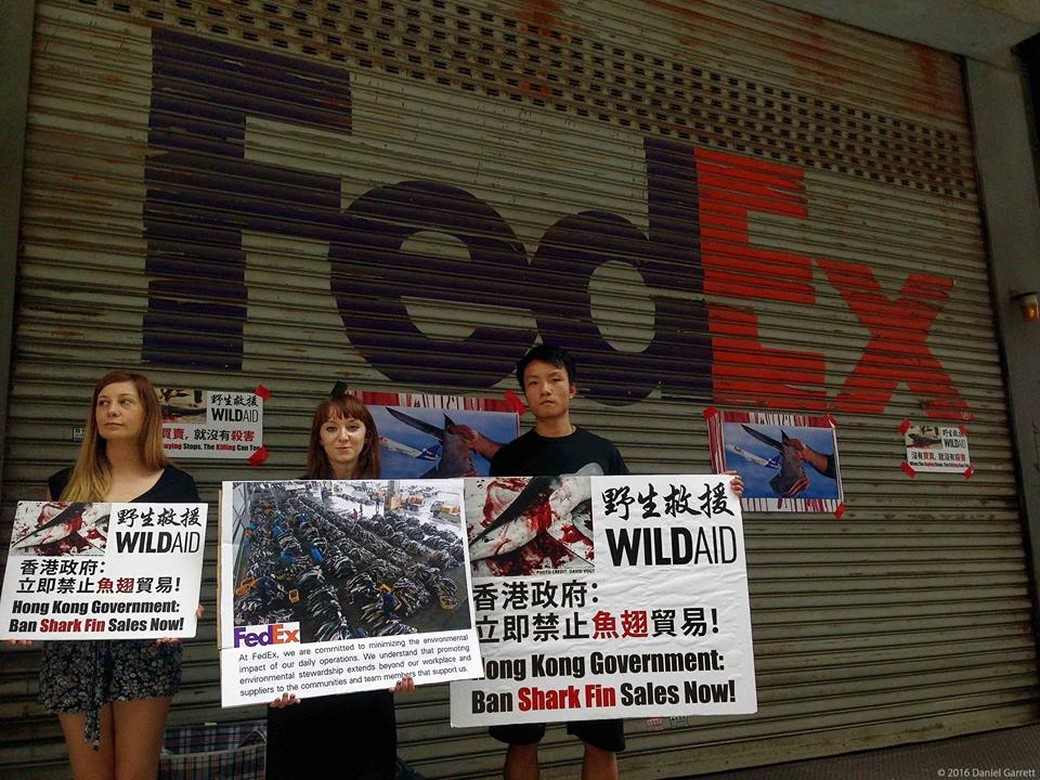 Around 15 activists rallied outside the freight company’s depot in Kwun Tong.

Some wore shark costumes, while others held placards displaying images of what appeared to be a shark slaughterhouse. Placards called for a ban on shark fin sales in Hong Kong, as some displayed a statement from the company’s website which outlined a commitment to environmental sustainability.

The group asked the American company to adhere to their own Corporate Social Responsibility policy. 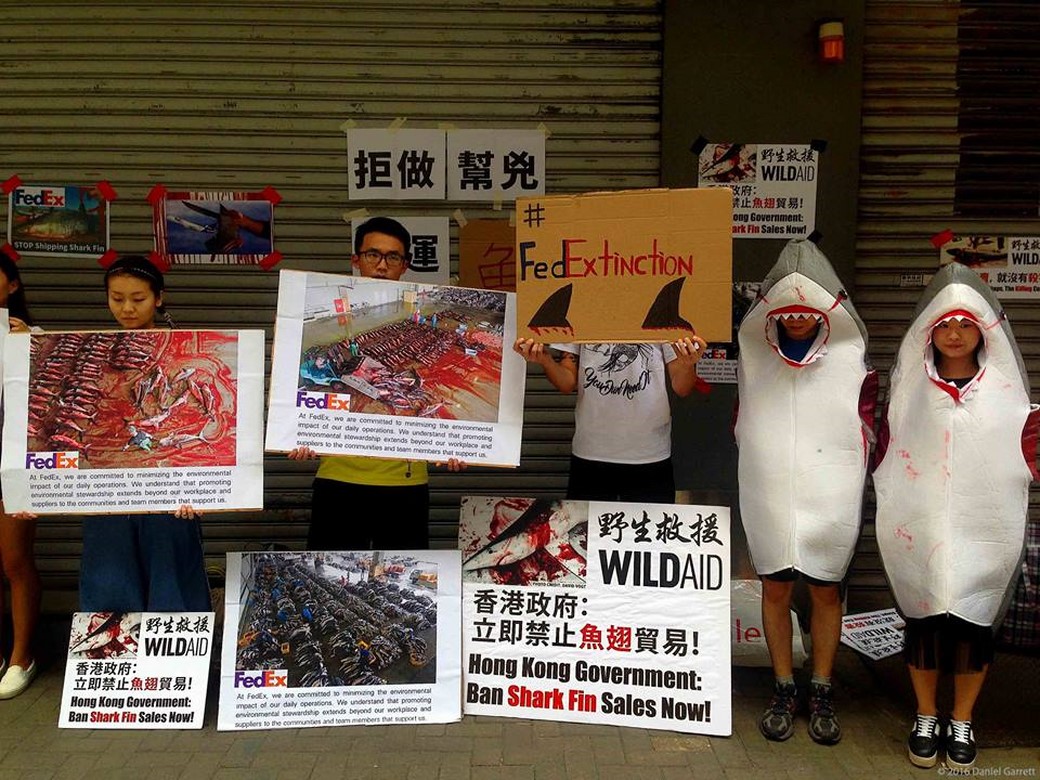 “Over 50% of all shark fin [passes] through the city, much of it from illegal sources,” the group said in a press release. They claimed that “FedEx has a large part to play in directly facilitating that illegal trade.” It said other international freight companies such as United Parcel Service and passenger airliners have already banned the shipping of shark fins. 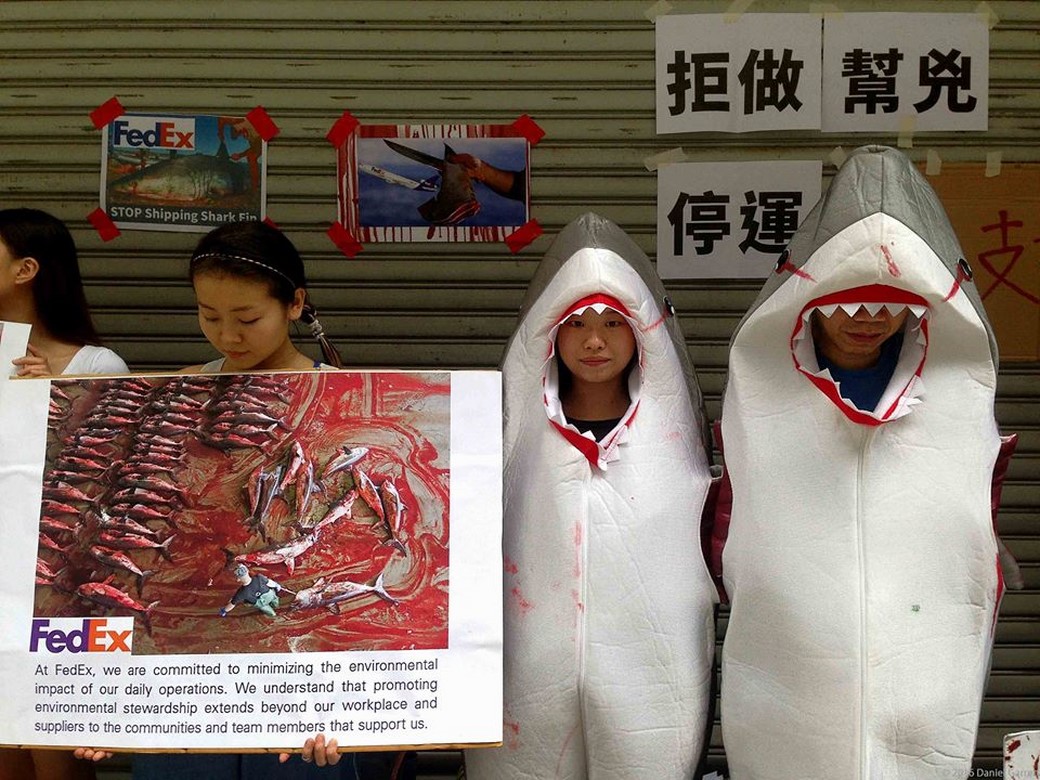 The group also said that it was difficult for Customs officials and FedEx’s front line cargo acceptance staff “to determine with 100% certainty that shark fins presented for shipment by a client are legal or not.”

Alex Hofford, a wildlife campaigner from WildAid said: “We urge FedEx to do the right thing, and ban all shark fin to protect sharks – just as its industry competitor UPS did in 2015.”

The protest was part of a global movement to urge the company to stop shipping shark fins. Protests were also staged at FedEx facilities in Boston, Seattle, Kuala Lumpur, and in Memphis at the FedEx headquarters over the weekend.

An online petition has received over 290,000 signatures. 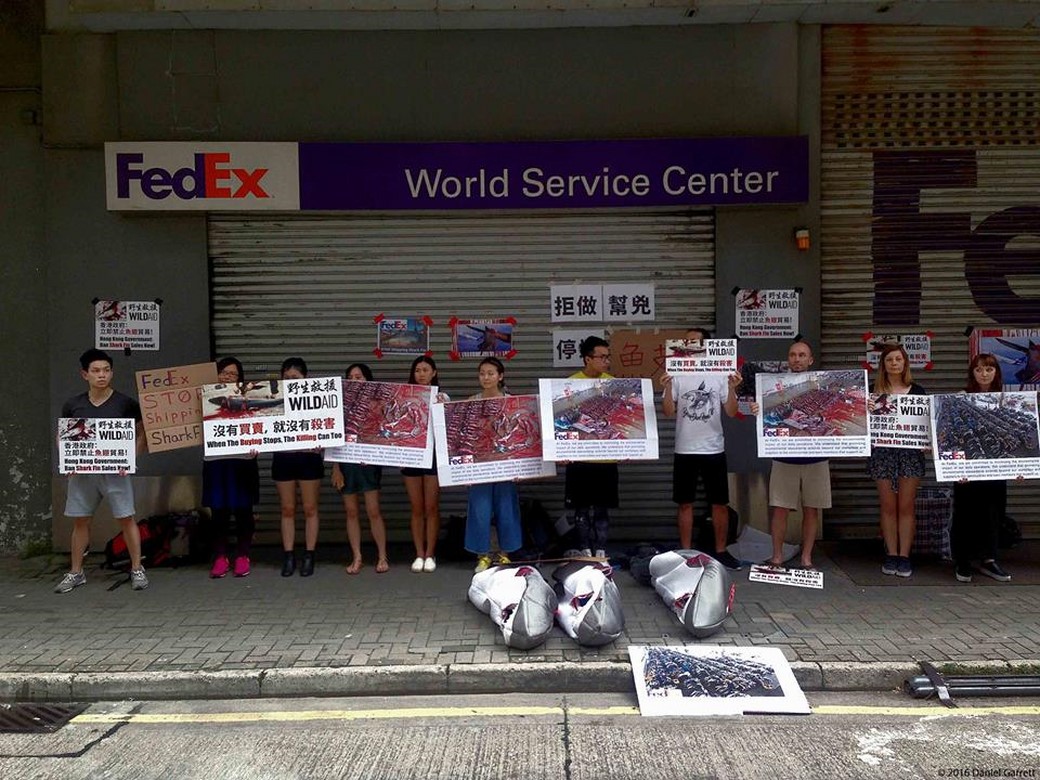 The group staged a protest at the Hong Kong International Airport calling for the ban of shark fin shipments by passenger airliner Cathay Pacific in May.