Newly crowned Miss Hong Kong Crystal Fung Ying-ying has courted controversy after netizens uncovered swearword-laden Facebook posts remarking on CY Leung two years ago. She has since claimed that she was “influenced by the passionate environment of university” at the time. Along with the Chief Executive, she also targeted his daughter Leung Chai-yan, the Hong Kong government, the police, and pro-establishment lawmakers such as Regina Ip Lau Suk-yee and former lawmaker Christopher “Tree Gun” Chung Shu-kun on various issues relating to the time of the Umbrella Movement pro-democracy protests in 2014.

One post asked “how many times does Tree Gun have to fuck up before he has had enough?” referring to Chung’s misinterpretation of an Umbrella Movement art piece as a weapon. 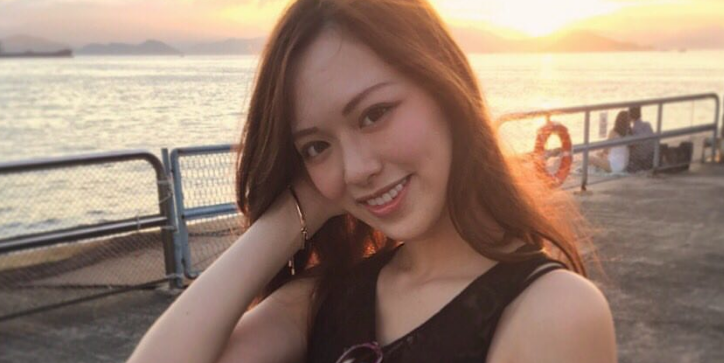 She also commented on a story about Secretary for Food and Health Ko Wing-man not having figures to confirm Leung’s claim about the ambulance service being affected by the 2014 demonstrations. She wrote: “At least you [CY Leung] should discuss with your colleague before making an announcement. Even your colleague is not supporting your claim. You fucked up so hard I cannot bear to see.”

On Monday, TVB arranged for her to meet the press at TVB city in Tseung Kwan O. She told reporters that she did indeed write the posts in question. “I was very young when I wrote those comments,” Fung said. Fung also said that she is a “well mannered person” and would not normally use foul language. “I used foul language in my posts only because I felt very strongly about the incidents that happened in Hong Kong at the time,” she told a reporter from TVB, without mentioning specifically what incidents she was referring to.

She stressed that she did not intend for her comments to be publicly visible. Posting it on Facebook was a way for her to “express myself on a private platform for those closest to myself,” Fung said.

Fung has earned support from some netizens for her outspokenness, while others have slammed her action. A pro-establishment Facebook page titled “Hong Kong Youth Development Society” called her a “less than a whore” and vowed to boycott her, Stand News reported.

Miss Hong Kong is an annual beauty pageant contest held by TVB, the largest free-to-air broadcaster in Hong Kong. This year’s results were announced on Sunday.