On August 23, ethnic minority community members attended a Legislative Council Election Forum and accounted for one-third of the audience. They asked candidates in the District Council (Second) Functional Constituency for their views on ethnic minority education, what they will do about the Race Discrimination Ordinance amendment, any concrete steps they are making to change existing policies and whether they are committed to speaking up on ethnic minority issues.

Shabana, who studied social work, thought the candidates beat the dead horse out of buzzwords like “language barrier” but were unable to identify the root problems. She didn’t think it was helpful to focus the discussion on how ethnic minority students should be allowed to take alternative Chinese exams and how the Chinese requirement for civil service positions should be relaxed for ethnic minority applicants. “If there’s a good Chinese as a Second Language curriculum in school, then students don’t need to take alternative Chinese exams. There will be no need for such adjustments in the long run,” said Shabana. “I don’t think they are thinking about solving the fundamental problem in the education system.”

Sunita, who also attended the forum, was incredulous that the candidates were so far behind on the issues ethnic minorities are facing. A final year university student, she is most concerned about her employment prospects.

Having previously sought internship positions, Sunita felt that the Hong Kong job market is largely tailored for local Chinese, and the Chinese requirement for entrance positions is very high. Students like herself found it very difficult to find a job because of their lower Chinese ability, even though they had outstanding academic results attained in the local education system. 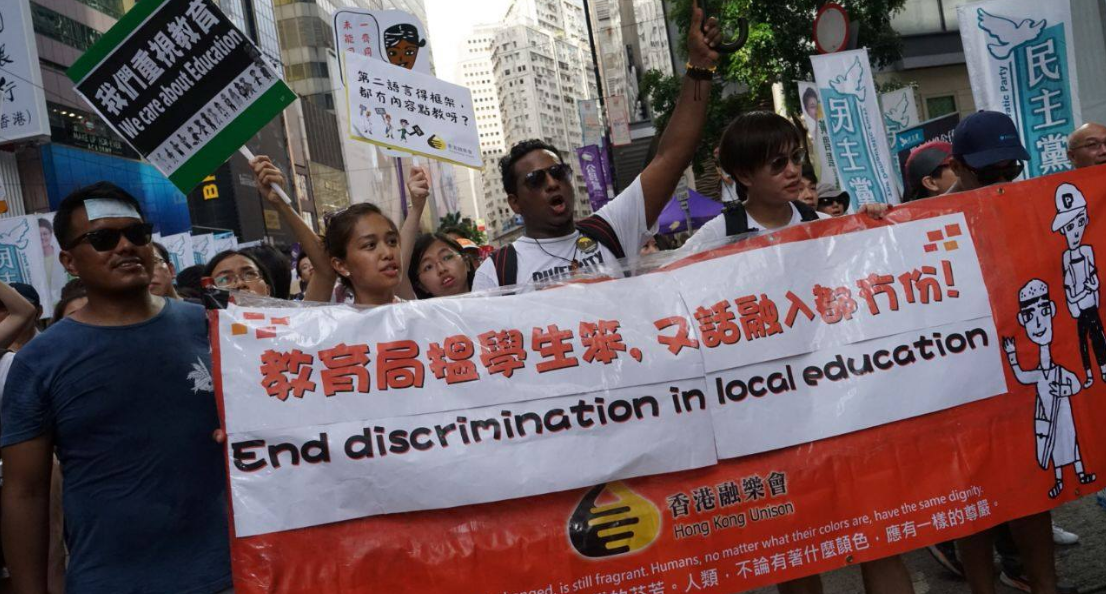 Aftab, who heard about the forum afterwards, was not surprised by the lack of knowledge LegCo election candidates demonstrate towards ethnic minority issues.

He has been paying attention to the election campaigns and he found that very little information is in English. The English headings boasting “we’ll improve Hong Kong” in the leaflets he received did little to inform him of the candidates’ political outlook or policy direction. “If they [candidates] thought we were important, they would have thought about having English in their leaflets,” he said.

“Few candidates approached us to understand our needs,” Aftab continued. “Even community members who are informed refrain from voting because there isn’t a candidate they think will care about their community.”

He said it’s hard to show solidarity for causes like universal suffrage when his community is still struggling with issues like Chinese learning.

“[The] Hong Kong government tells us all Hongkongers are equal. They give the same Chinese curriculum to us and the Chinese, but our needs are not the same. The problems we are facing will eventually affect the other Hongkongers,” Aftab said.

Ethnic minorities’ needs are not peripheral or secondary to those of Hong Kong’s Chinese population; they deserve the same attention from LegCo members. Elected candidates should take a good look at the current situation of ethnic minority policies and listen carefully to voices from the community.

The full candidates lists across constituencies and districts can be viewed here.