A Taiwan tour bus carrying visitors from mainland China crashed and caught fire Tuesday near the capital Taipei, killing 26 on board.

Footage on local media showed the bus had rammed into an expressway fence with flames blazing from the front. It was then engulfed by thick plumes of smoke with the fire leaving burned-out wreckage at the roadside.

The tour group of 24 people, eight men and 16 women, was from China‘s northeastern city of Dalian, Taiwan’s interior ministry said.

Tour bus crashes and catches fire in Taiwan, all 26 people on board killed, 24 from Chinese mainland pic.twitter.com/wHkJjuQ9ng

A Taiwanese driver and a tour guide whose nationality has not been confirmed were also killed. They had been on their way to Taoyuan airport at the end of their trip. 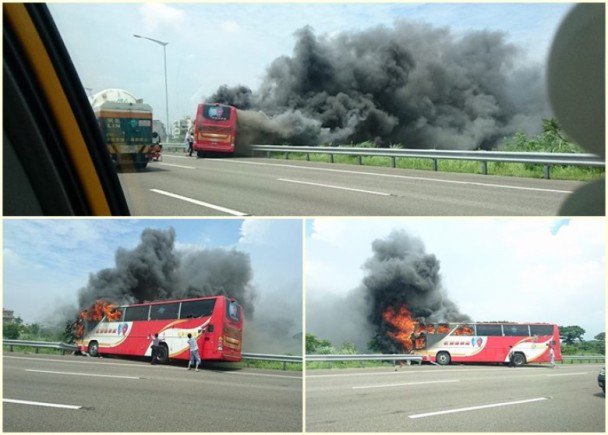 The group was scheduled to take a 4:30 pm flight back to Dalian after arriving in Taiwan last Tuesday. The accident happened shortly before 1:00 pm.