Hong Kong’s Cathay Pacific, and its sister airline Dragon Air, have announced an immediate ban on the carriage of shark fin on all of their flights.

In a statement released on Wednesday, Cathay said that it had rejected all 15 shipment requests for shark-related products over the past year. “We understand the community’s desire to promote responsible and sustainable marine sourcing practices,” the statement said. 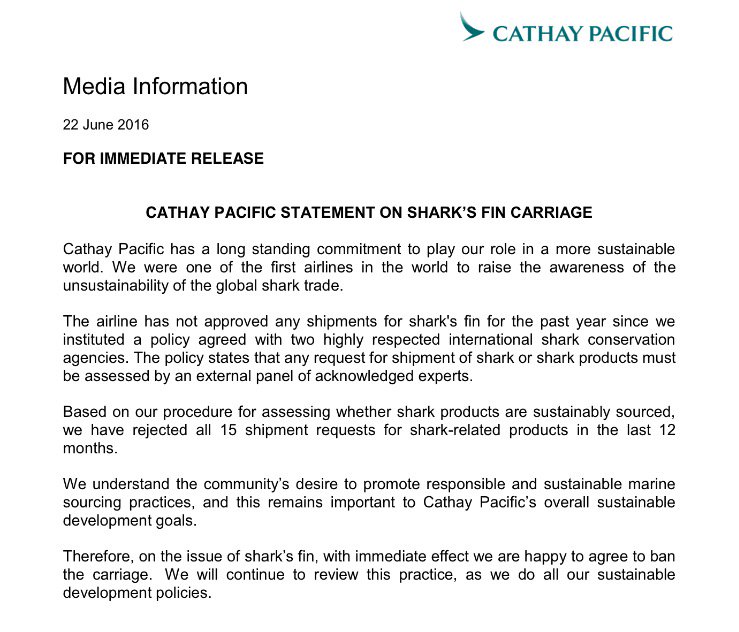 The airline said it had instituted a policy agreed with two respected shark conservation agencies. The policy stated that shark or shark-related products would have to be assessed by an external panel of experts.

Cathay had been under fire from conservation NGO WildAid. In response, the airline previously claimed that sustainable shark products existed and a ban would drive the industry underground. Alex Hofford, a wildlife campaigner for WildAid said: “A responsible corporate like Cathay Pacific should never be seen to be a link in the supply chain for a criminal trade. That’s why we are so happy that Cathay has done the right thing by no longer carry any shark fin or shark products. Shipping sharks by air is not just an issue of sustainability, but ethics and legality.”