Having passed another of life’s lugubrious milestones, my 70th birthday, I spent a good deal of time wondering whether I should collect that controversial little gift to us dinosaurs, the Fruit Money. This is a small monthly sum, officially the Old Age Allowance, which you can collect from the Social Welfare Department. The only requirement is that you live in Hong Kong and are aged over 70. The points against: I don’t really need it, in the sense of being in any danger of deprivation from want of savings or property. I am one of the people Carrie Lam does not wish to give a pension to. I have also lost the habit of being comfortable living on public money since my student days, when the provision in the UK was rather generous.

The points in favour: my more pragmatic friends say that if you have been paying income tax for the last 30-odd years you have earned a few bucks from the public coffers, especially as said coffers are overflowing with money which our government is mysteriously reluctant to spend. Also a dependable income stream is a great thing in retirement, because the problem with living off your savings is that you don’t know how long they will have to last. The Fruit Money is a trivial amount, but it will go on as long as I do. A protest in 2012 urging the government to increase the amount of Fruit Money. Photo: Apple Daily

Thinking about this kept me off the welfare rolls for a few months, until I decided that I should stop teaching before my lesson content consisted entirely of things that happened before my students were born. So although I have quite a lot of winnings of one kind or another stashed away I no longer have an earned income, however trivial. Finally I fired up Google, and found that one is expected to present oneself at a convenient Social Welfare Field Office. The “field office” terminology threw me for a bit. Where are there fields in urban Hong Kong? I suppose the designation indicates those outposts where the SWD actually communicates with lay people, as opposed to the “real” offices where civil servants exchange paper with each other. Anyway there is a field office near the end of our minibus line so off I went.

The field office (Shatin South) turned out to be rather intimidating. It was very quiet. There were none of those helpful uniformed types you find in the Transport Department downstairs, making sure you have found the right form and the right queue.  In fact there was no queue. And although I went round the whole room twice looking at a great many leaflets and forms, very little in English, there was no application form either. Eventually I worked out that a mysterious piece of digital equipment was one of those gadgets you find in the Crown Motors service department which spits out a little piece of paper with a number on it. On the wall was a lower number.

So it seemed I was at least in a digital queue. It was still very quiet. One SWD person, or so I supposed, was having a murmured conversation in a corner with two clients. There was a row of interviewing booths, partly screened so you could not tell if anything was actually happening inside them. A bit of background music would have lightened the atmosphere. I was haunted by the memory of the scene in one of the “Doctor in the House” books where the hero goes to Moss Brothers to rent a dinner jacket and is reminded of the atmosphere in the VD clinic of his hospital.

Then my number was called and things looked up. The SWD person who screens initial inquiries turned out to be both pretty and helpful. She could, she said, give me the relevant form but because I live in Fotan I would have to take it to the Shatin North field office. The form is large. This is because the government uses one form for two different old age benefits and two different disabled ones. I suppose nobody actually has to fill in the whole thing. In fact if you just want Fruit Money you only have to do four bits of the form. My helpful lady indicated these, put an “x” where I should sign, and gave me a booklet with the address of the Shatin North field office in it. 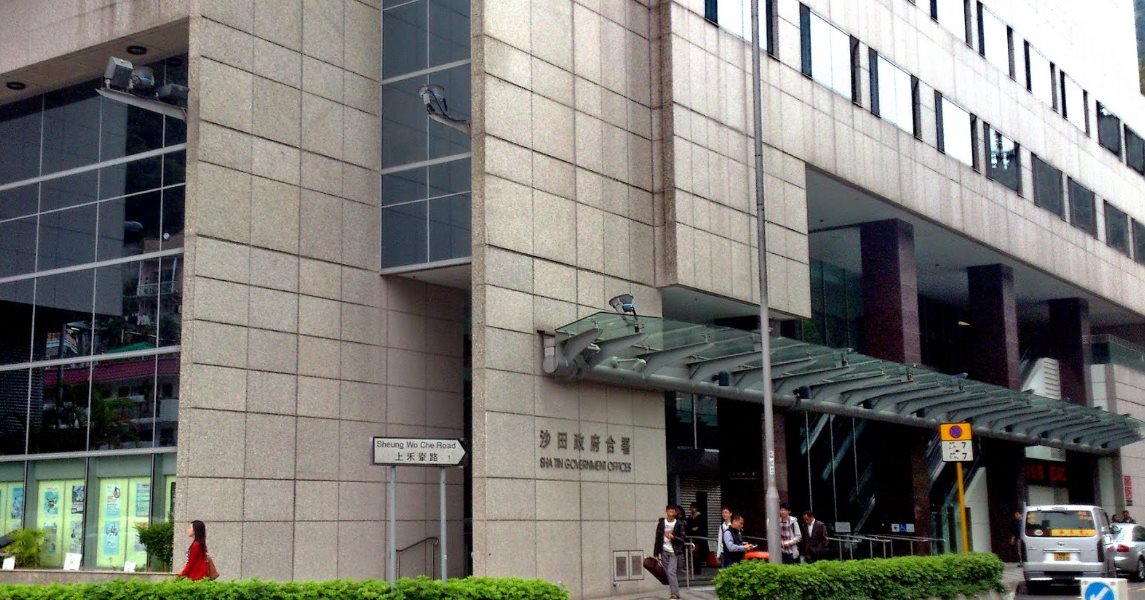 So to the Shatin North field office, which is unlike its southern counterpart in several respects. The South office is in a building full of government departments and consequently is easy to find. The North one is on a sort of mezzanine of its own in a shopping mall near the Prince of Wales Hospital and it is not easy to find at all. Despite this, however, it seemed to be much busier. This may be partly because it also caters, for the time being, for Ma On Shan. Still it was not so busy that you had to wait for long. The initial receiver of inquiries passed me to an SWD form receiver, who accepted the form, photocopied the business end of my passport, accepted the copy of my ID card which I knew they wanted, and asked me to wait. I presume that the SWD is like the Bank — if your request involves the bank giving you, or anyone else, money then the paperwork has to be approved by some senior person you do not actually meet. It seems the senior person was happy, because I was told to expect some good news, which would be backdated to the day of my application.

On the whole I must say that as visits to government departments go a trip to the SWD is quite pleasant. The staff are helpful and if anyone thought it a bit odd that a foreigner was applying for Hong Kong welfare they did not show it. Clearly there are limits to how generous you can be in dishing out public money but the arrangements seem to be as painless as possible. Maybe the unified form could be reconsidered, as it looks a bit intimidating until you realise that most of it is not for you.

On the other hand if the giving is easy the amounts seem controversial. I reproduce this table from the relevant government web page:

The first one of these is the Fruit Money. The second one is the government’s Big New Thing, which starts at age 65 but is means tested. I know nothing of the distinction between normal disability and higher disability. But I find it extremely disturbing that people are apparently expected to be able to live on these paltry sums if they have no other means of support. Hong Kong is a developed affluent society. The government has money coming out of its ears. Surely to God we can do better than this?