The French cosmetics giant cancelled the June 19 concert after Chinese state mouthpiece Global Times accused Ho of being a supporter of Hong Kong and Tibetan independence movements. The move sparked controversy among netizens and customers. Ho supported the 2014 pro-democracy Occupy protests but has rarely spoken about the independence debate. 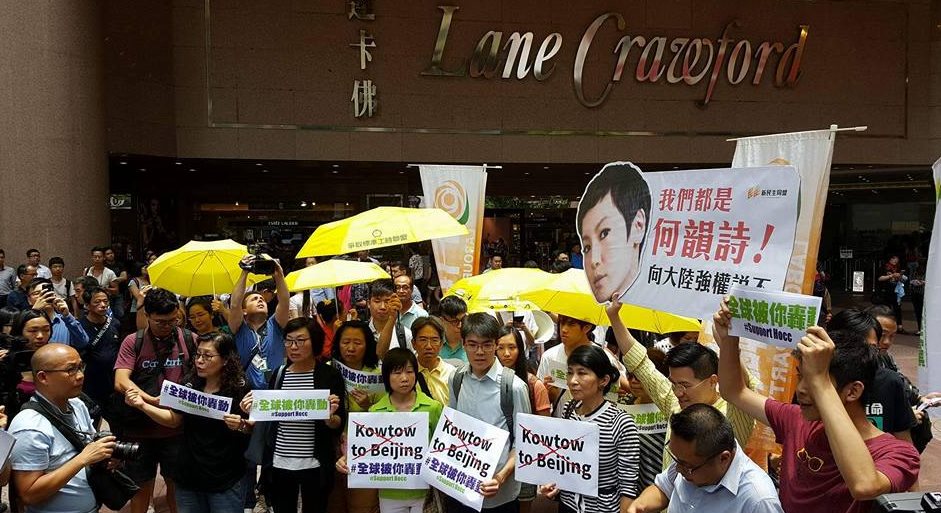 The protesters urged an international boycott of the brand, as well as other brands under its parent group L’Oréal, until a full explanation and an apology are given. They urged to company to promise not to carry out further political censorship.

“What shocks the society is that an international brand, emphasising social responsibility and women[‘s] empowerment like Lancôme, also kneeled down to the bullying government,” said Avery Ng Man-yuen, chairman of the pro-democracy League of Social Democrats party. Ng said the incident was a “great contradiction to L’Oréal’s mission.”

“Lancôme not only insulted Denise Ho, but also insulted Hong Kong citizens who fought for democracy for years, and all global citizens embracing democracy and liberty,” Ng added. 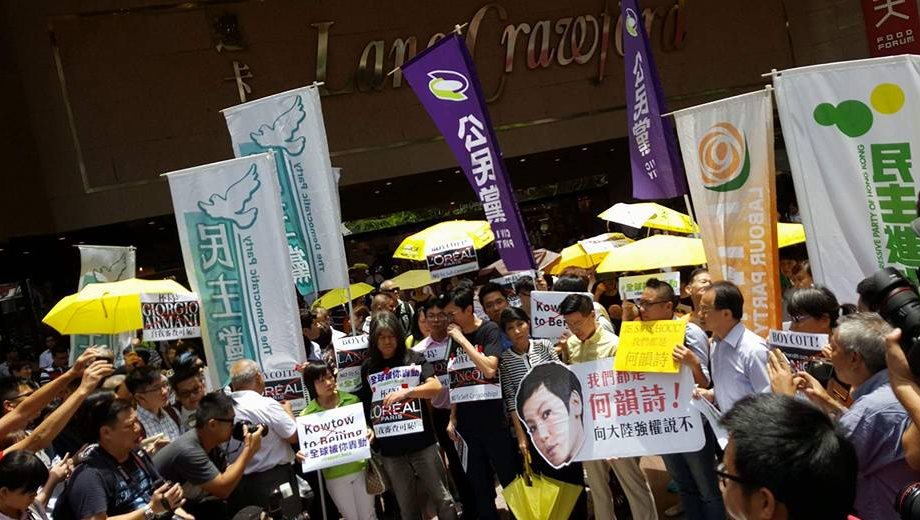 Citing a Whatsapp message from Denise Ho, lawmaker “Long Hair” Leung Kwok-hung said although Ho could not come due to her busy schedule, she thanked participants at the protest. 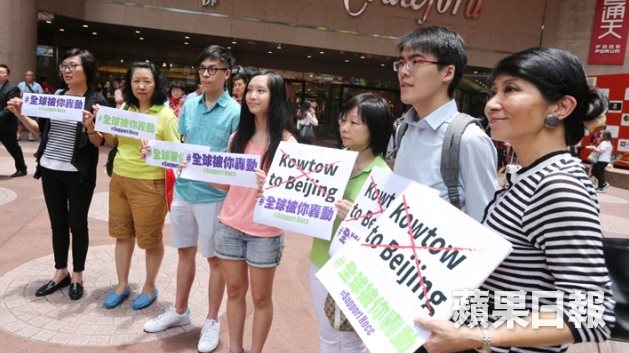 “[She said] this matter is not her personal matter, and not the company’s matter anymore – it is white terror,” he said. “She hopes everyone will keep fighting, otherwise people will all live in fear.” 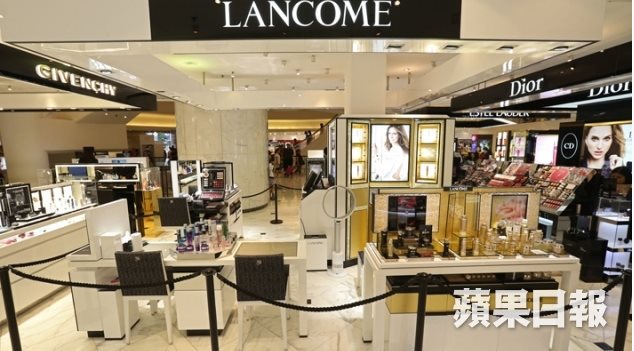 The protesters produced a large banner with Ho’s face that said “We are all Denise Ho – say no to mainland tyranny”. Other banners read “No kowtow to Beijing” and “Protecting Hong Kong’s core values.”

“We need to ask, whatever happened to the French qualities… liberty, equality, fraternity – are they telling us these days, today, that money talks? Profits come first?” she asked.

People Power party representative Tam Tak-chi questioned Lancôme’s decision to pull Ho from the event. He said that brand ambassadors who opposed animal testing for cosmetic products have not been dropped. L’Oreal is accused of using animal testing.

“Does that mean Hong Kong people are easier targets to suppression?” he asked. 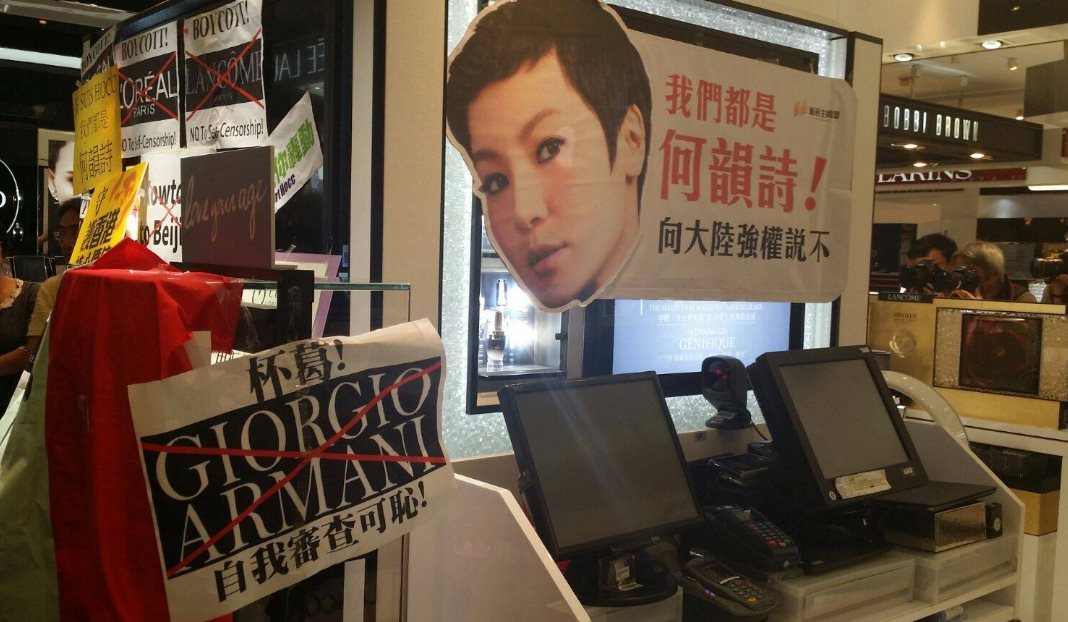 The Lancôme booth at Lane Crawford in Times Square was closed ahead of the protest.

The protesters pasted props criticising the company onto the booth, including one saying “Lancôme Lanout Hong Kong” – demanding the brand leave the city. Ng said that they will allow a week for L’Oréal to apologise, and will not rule out any further actions.

Lancôme’s Facebook page, which posted statements cancelling the concert, has not been updated since Sunday.

'We are all Denise Ho': Lawmakers and activists protest against Lancôme 'censorship', urge boycott