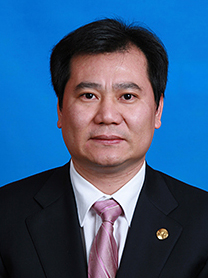 A Chinese billionaire with connections to President Xi Jinping announced a swoop for a majority stake in Italy’s Inter Milan on Monday, the most prestigious football club acquired so far by Chinese investors.

Zhang Jindong’s Suning retail giant will pay 270 million euros ($306 million) for about 70 percent of the three-time European champions, a landmark move for one of the sport’s most famous clubs.

He promised to pour funds into Inter, which finished fourth in this season’s Serie A, in hopes of putting it back among the top 10 European clubs by consistently playing in the Champions League.

With the deal, the company also hopes to benefit its big-spending Chinese Super League club, Jiangsu Suning, and to become a “household brand name in Europe and across the world”, a statement said.

“Buying Inter Milan is part of Suning’s overall layout in the sports industry,” Zhang, chairman of the Suning Holdings Group, told a glitzy announcement ceremony in Nanjing. “It is an important part of Suning’s international development.”

He added: “Suning will inject a steady stream of capital investment in Inter Milan, which will help it attract more talented players worldwide to once again win glory with strong backing.” Zhang joins a list of Chinese tycoons who have snapped up stakes in European clubs, including Wang Jianlin, Asia’s richest man, whose Wanda Group has a 20 percent stake in Inter Milan.

But Inter Milan, who are 18-time Italian league-winners and completed the country’s first treble in 2010, are the biggest club yet to come under Chinese ownership.

Espanyol (ESP)
Chinese model car maker Rastar Group, whose chairman is billionaire Chen Yasheng, completed a takeover of the La Liga club in January, taking 54 percent for 50 million euros. Espanyol, perennially overshadowed by their glamorous city rivals Barcelona, have been struggling with debts to the tax office and some suppliers. They finished 13th out of 20 teams in La Liga this season.

Aston Villa (ENG)
Businessman Tony Xia said he hoped to make Aston Villa the most famous club in China when his reported $87 million offer was accepted last month. Xia stepped in after Villa, whose American owner Randy Lerner had been trying to sell for two years, crashed out of the Premier League. Lerner has agreed to sell 100 percent ownership of Aston Villa to Xia’s Recon Group, subject to approval from the Premier League and Football League.

Slavia Prague (CZE)
Chinese energy firm CEFC acquired a majority stake of nearly 60 percent in the Czech First League team last September. Slavia had been in financial difficulties but said its acquisition would lead to “rapid economic stabilisation of the club and its subsequent development in the long run”, a report said.

Inter’s incoming owner has a net worth of $12.7 billion, according to China’s Hurun Rich List, making him the ninth richest person in the country.

He is a member of China’s top political consultative body, and was one of the business leaders who accompanied Xi on a tour of Britain last year. Inter have been under foreign control since 2013, when Indonesian businessman Erick Thohir took a 70 percent stake.

Massimo Moratti, Inter’s former president who oversaw a period of success including the league, Cup and Champions League treble in 2010, departs the club.

China’s spending spree has been spurred on by President Xi’s ambitions to import talent and expertise that can turn China into a global football power.

Xi is a known football fan and in 2011 — when he was vice president — he laid out three ambitions for China: to qualify for another World Cup, to host a World Cup and to win a World Cup.

Sport planners hope to turn China into a “world football superpower” by 2050, with a target of 50 million people playing the game by 2020, according to a plan published by the Chinese Football Association in April.