Wow, visitor numbers are down. For some of us, this might come as a relief. There is a limit to how much tourism you can get in a crowded city without making it intolerable for residents. The thing that puzzles me about the people responsible for this is that they go to so much trouble to arrange things which do not appeal to me at all. Cable car to giant Buddha? Disney? Shopping? No thanks. This suggests that the problem with tourism in Hong Kong is that it does not consist in providing things which locals can also enjoy. If you live in London or New York many of the things which attract tourists are attractions for you too. You may indeed be grateful for the international patronage which keeps some of the more rarefied cultural attractions afloat.

In Hong Kong, on the other hand, the government only encourages industries in ways which help the 11 or so families who own most of the place to get even richer. So local interests do not get a look in. Can the real estate barons make megabucks by attracting mainlanders to expensive handbag shops? Bring it on. 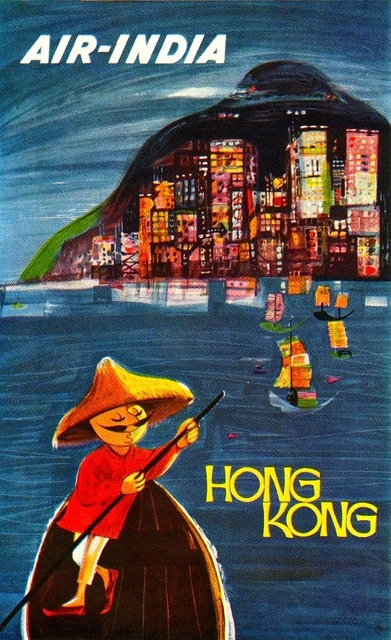 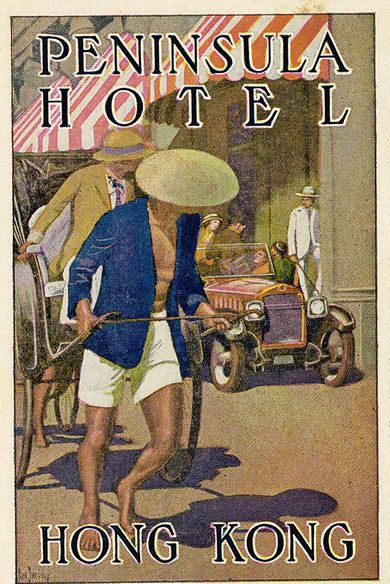 Under these circumstances the tourism industry seems not so much a part of society as a burden on it. A few people get rich and the rest of us have to run the gauntlet of all those wheeled suitcases full of baby powder. So I have been trying to think of tourist attractions which would be unique, more or less, costless, also more or less, and welcome to people who live here as well as the potential visiting hordes across the boundary. So let me see… If you go to Gibraltar the standard tour (which pretty much everyone does because Gibraltar is a small place) includes a visit to the apes. The apes live wild on the top of the rock. Your guide will take some snacks (raw pasta is acceptable) to ensure that a few apes will turn up. I have never heard of a tourist being molested in any way by an ape but no doubt it happens occasionally. There is a legend (probably copied from the one about the Tower of London’s ravens) that something terrible will happen if the apes disappear. Well the visitors will be disappointed, at least. In Hong Kong we have a substantial population of wild monkeys and they are treated as an embarrassment.

Go to the places where they hang out and you will see only notices begging you not to feed them. One gentleman who had had a bad time with the monkeys actually wrote to a local paper the other week suggesting that they were vermin and should be officially exterminated. Now I realize that some population control is probably required. People in my part of the New Territories occasionally have to shoo monkeys out of their kitchens, which is closer to nature than most of us want to get. But can we not have some sort of monkey/human interaction experience which can be flogged as a humane alternative to those mainland zoos where you can throw a live chicken into the tiger pen? If you walk along the edge of Tolo Harbour — and our town planners have been generous in providing places where you can do this — you may notice one thing is missing. There are mountains, there is water in large quantities. But even on public holidays there are no boats. This is extraordinary. Go to European cities with lakes or rivers and these are regarded as important recreational resources. In England, where many people are perhaps a bit nutty about boating, I have rowed on industrial canals. Swiss lakes have beautiful antiquated paddle steamers. Even the ornamental lakes at the Palace of Versailles have rowing boats. Sussex villages where the sea is only navigable for a few hours round high tide have public slipways for boat launches. And we have Tolo Harbour, a huge sheltered enclosure with nice scenery and no commercial traffic. And we do practically nothing with it. Hong Kong could be the must visit for small boat enthusiasts all over Asia. Of course we don’t want lots of amateurs floating around Victoria Harbour, which is a busy commercial port. But the only serious boats in Tolo Harbour are resting at anchor between engagements. When I complained about this before a reader wrote in to say that, while he agreed with the complaint, there was actually a Tai Po Boat Club. I hope there still is. But it is not in Tai Po. It is miles away in Tai Mei Tuk. And all that shoreline is being wasted. Now that it’s 15 years since the handover can we perhaps acknowledge that one of the cool and interesting things about Hong Kong for visitors is that it used to be a colony? I am not suggesting a wholesale wallowing in nostalgia, or indeed that the past was better than the future. But we have nothing to be ashamed of, and we would be more interesting if we had more mementoes. To start with, now that the idiot who perpetrated this idea has retired, can we go back to having red postboxes? The colour has nothing to do with politics — it was widely adopted in the 19th century for things which needed to stand out. That is why it is used for fire engines and stop signs. Then there is the matter of rickshaws. I realize that some people are a bit twitchy about being towed by another person, but they have them in Tokyo and they don’t seem to be regarded as a human rights violation. They used to have a bad name in Hong Kong because all the rickshaw men looked as if they were the sort of people the DAB digs out of old folks’ homes on polling day. But this was a result of the government’s refusal to issue new licences. Could we perhaps also have formal dinners for visitors? I have in mind a regimental atmosphere, with the presiding “colonel” piped in and the junior officer present giving the loyal toast. Quite who the toast should be loyal to can be decided later. There should be no political objection to this kind of dinner as an entertainment, because our local police force is still doing it. The toast is “to the Hong Kong Police Force”. While we are with the Force, perhaps we could do something with that ceremonial flag-raising at Gold Bauhinia Square. This is like the changing of the guard at Buckingham Palace: a military charade to amuse the tourists. Unlike the changing of the guard, though, it suffers from serious deficiencies in the wardrobe department. We can not, of course, change to bearskins. But pith helmets would look better than those boring peaked caps. Dare we suggest that they would look even better with red coats? It would also be nice to have the Scottish part of the police orchestra in kilts. I know those tartan trousers are acceptable in some Scottish circles but they always remind me of Rupert Bear.

Monkeys, watersports and history: Costless tourism for when visitor numbers are down