A roof has collapsed at a sports centre on the campus of the City University of Hong Kong in Kowloon Tong. At least three have been injured and taken to Caritas Hospital, police told HKFP. The incident occurred at the Hu Fa Kuang Sports Centre building at around 2:30pm. The collapse covered an area of 30 x 30 metres. 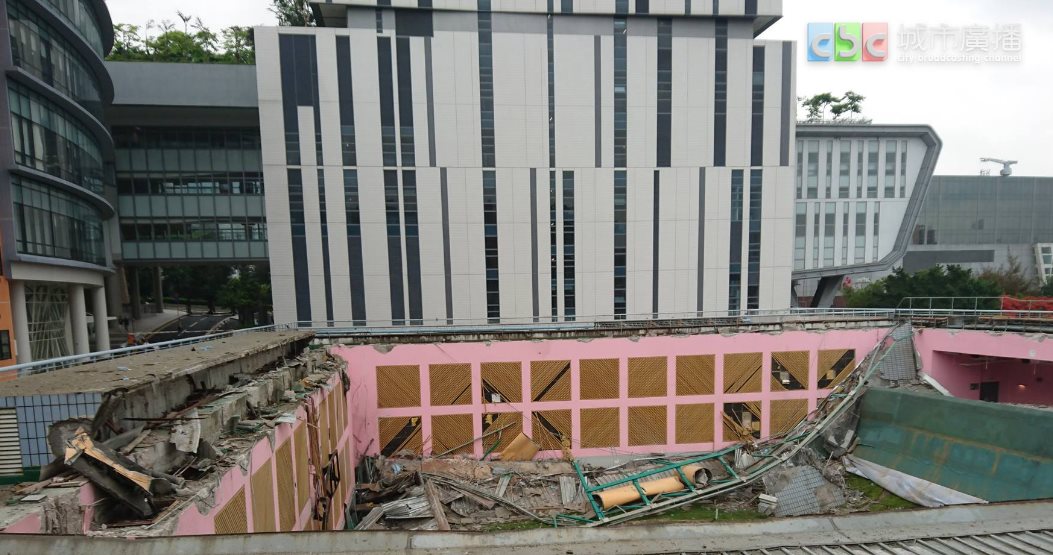 “I was eating at canteen near the window and I suddenly heard something like a bomb explosion, and I saw [a lot of] smoke coming out from that building. At first I thought it was a construction site but [turns out it wasn’t],” student Helen Kwok told HKFP. “And then [the roof] collapsed… and then firefighters came and they stayed at the rooftop for quite a while.” “When it collapsed… people ran away and were saying ‘there’s an explosion, run away’,” a witness who identified only as Mr Tsui told iCable.

Satellite imagery suggests that the roof was covered in grass some time after November 2015.

A CityU spokesperson told Apple Daily that they were currently trying to understand the incident.

The Chan Tai Ho Multi-purpose Hall inside the building was used as a venue for examinations recently, but no examination was being held during the incident.

Students commenting on the City Broadcasting Channel, a student-run news site, said that that – during an exam in the building on May 10 – debris fell from the roof and a “bang” sound. 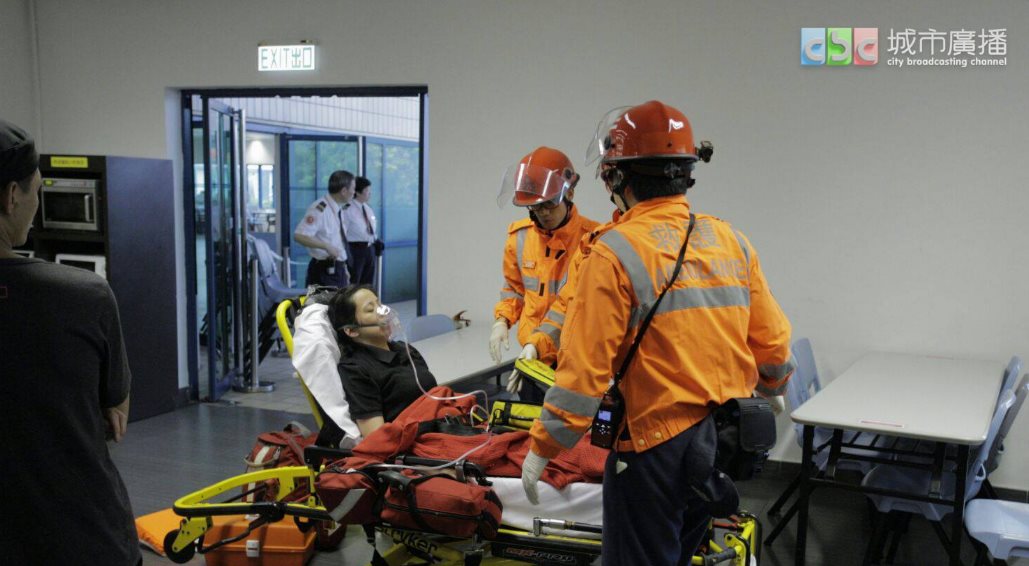 The exam period ended on May 17. 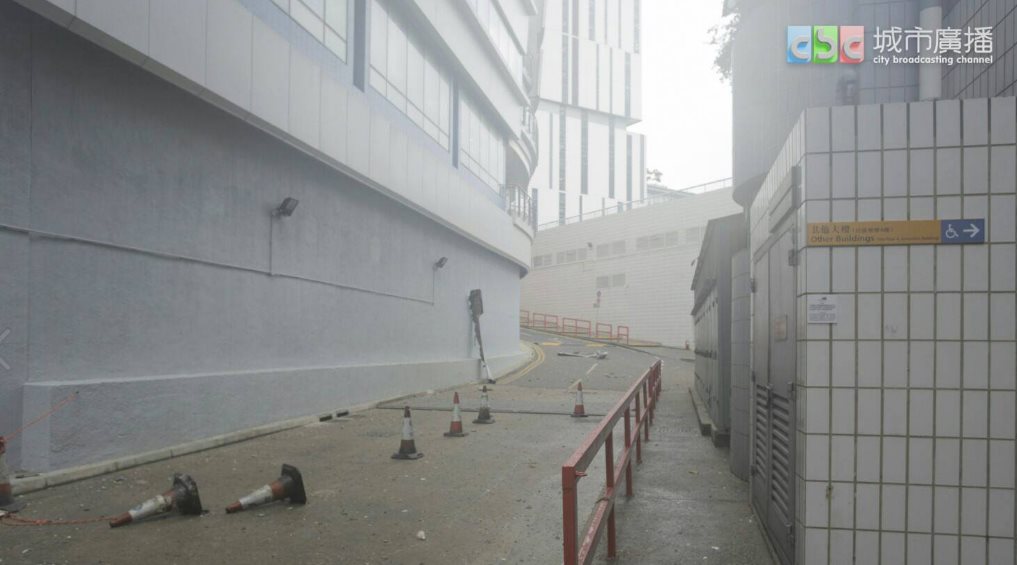 The roof collapse was first reported by students who posted photos on CityU Secrets, a popular community Facebook page of the university. 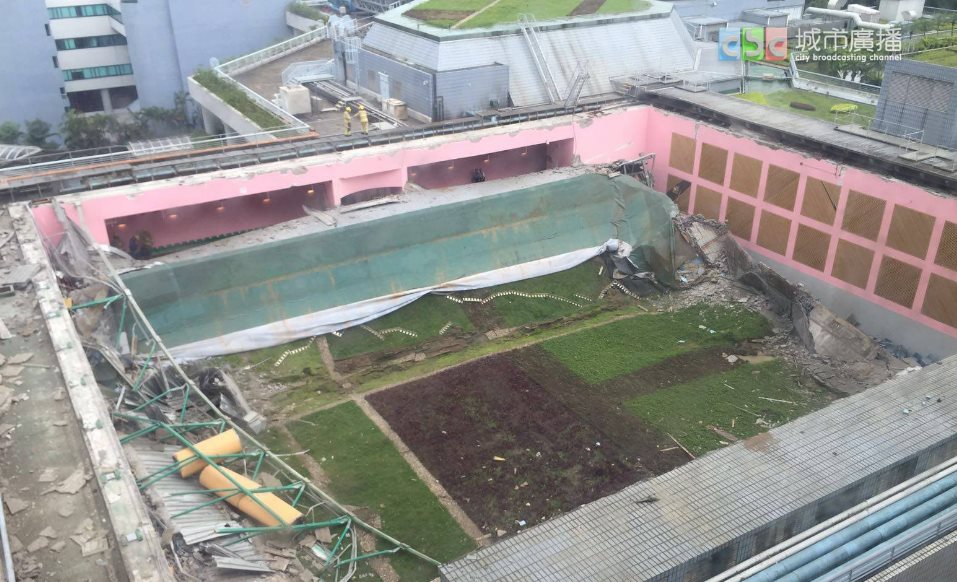 The sports centre, part of the Phase II construction of the university, was built between 1991 and 1993 by Dragages Hong Kong, a subsidiary of France’s Bouygues Construction.

By Kris Cheng and Karen Cheung.