The China Policy Institute Blog speaks to Mark L. Moskowitz about the phenomena of funeral strippers in Taiwan.

How did the phenomenon of hiring risqué funeral strip-show performers emerge in Taiwan?

This practice didn’t become very popular until around 1980, but there are historical records of women stripping at temple events dating back to the late 1800s. In the 1980s, it was extremely popular. This was in part because the economy was booming at that time and people had more money to spend on things like this. It was also because Taiwan’s government was becoming more permissive. What happens during an average funeral stripping performance?

Electric Flower Cars are large pick-up trucks that have been converted to stages so that women can sing and dance as a truck drives along with a funeral procession or a temple procession. In more recent years, this technology has been expanded to diesel trucks which drive to a location such as a funeral or a temple and stay in one place while the performance is going on. Women will sing and dance, usually in bikinis or other skimpy attire. Sometimes, they will take off all of their clothes.

How common are these performances and who tends to hire these troupes?

The stripping performances started out as something that gangsters did, but generally spread out to become common practice throughout Taiwan. They are primarily associated with the working class or poorer communities. In part, this is because the government has set up restrictions forbidding they perform in large city centres. In part, it is also because the middle class and the elite are more committed to conforming to global cultural norms. But people from all walks of life have been to funerals with the Electric Flower Cars. Other events might include celebrating the birth of a son, temple birthdays, a new building, or other occasions that people want to draw attention to.

Electric Flower Cars are not forbidden in Taiwan today, but there are now legal restrictions. It is now illegal to have full nudity at the performances, for example, although everyone I’ve spoken with say that the practice still continues. Because funeral stripping is in a grey area between legal and illegal activity, it is less common to see it taking place in urban centres, although one often finds the practice in the outskirts of most cities.

In the People’s Republic of China, funeral stripping is illegal and the government is quick to crack down on the practice, although singing karaoke songs has become more popular in funerals and this seems to be a direct offshoot of the Electric Flower Car practice. In Taiwan, the performances are less popular than they were in the 1980s, but they have also become a more entrenched part of peoples’ everyday lives.

Have you ever come across any male performers?

On very rare occasions, there are male performers. But this almost never happens and I have never seen full nudity in those cases. Rather, the performer might strip down to his underwear.  However, I’ve not seen this in person; I’ve only seen a web video of this in Taiwan.

The only time I’ve seen a man singing, he was fully clothed, and I suspect that he was filling in for a female performer while she was on a break. Men are quite frequently on the larger diesel truck versions though – they act as hosts and they introduce the performers, tell  jokes, and talk with the performers between songs. 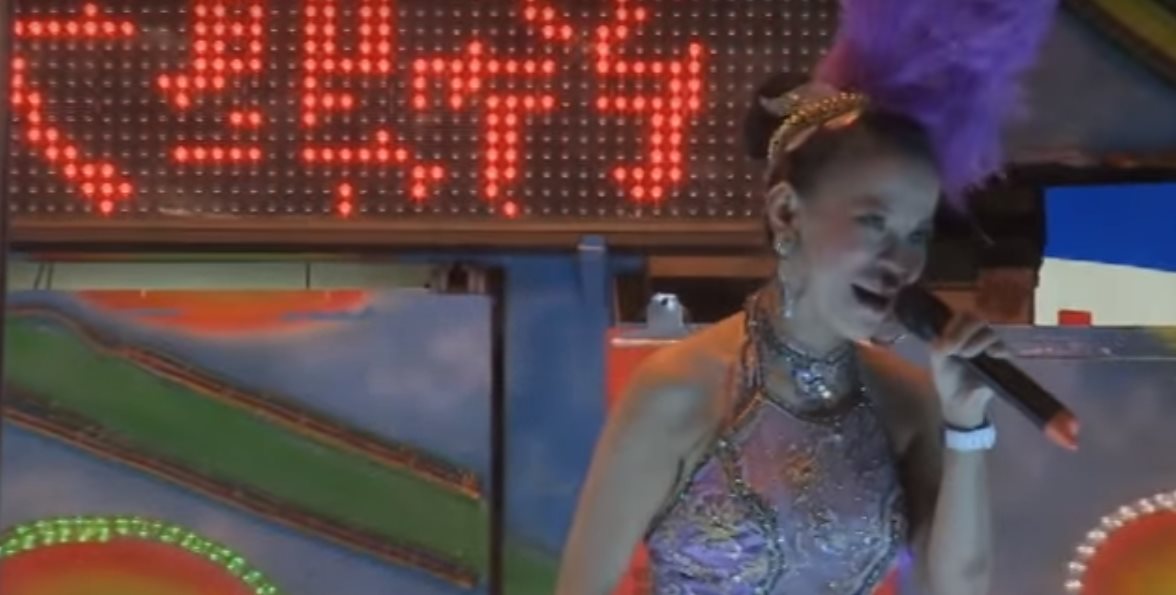 How is funeral stripping perceived by the Taiwanese public and press? Are these performances unique to Taiwan only?

Educated male urbanites in Taiwan have been very vocal in condemning these performances as backwards. The Taiwanese press has also, by and large, been very critical of the practice. Usually, these criticisms take on a fairly predictable narrative which claim that Electric Flower Cars are a bad influence on women and children. Yet women are objectified at almost every level of Taiwanese society. We see scantily clad women in billboard and television advertisements, as well as in movies and magazines. The hostess bar culture and prostitution also continue to thrive.

At its base level, I suspect that the real underlying concern in Taiwan is not wanting to look “backwards” to the West. There is a recognition that these stripping performances are not something that other countries would approve of. Most people in Taiwan either like them or don’t care one way or another though.

Does the funeral-stripping performance relate back to traditional Taiwanese funerary rites at all?

In Taiwan, people traditionally hired professional female wailers who were paid to cry and wail at funeral processions. When microphones and speakers were invented, the funeral wailers began to use these new technologies which added to the hot and noisy atmosphere.

For religious holidays, there were traditions of parade-like floats in which a large bus would travel around cities with a religious scene on top, with live children dressed up in traditional garb.

Electric Flower Cars draw on both of these traditions.

And finally, how does this practice facilitate the grieving process for the funeral goers?

Most people talk about the need for what in Chinese is “hot and noisy” (renao), which is the active hustle and bustle of a public event. A night market or a rock concert would be good examples of “hot and noisy” in the Americas, I think. In Taiwan, all public events need to be hot and noisy to be considered to be a true success.

A few people have also spoken of the ways that birth and death are part of the same process, so in a sense, these performances become a sign of celebrating the life of the person who has passed as well as a way to mourn their passing.

Anthropologists make a distinction between a biological death and a social death. Biological death is when the body ceases to live – the heart stops, etc. Social death is the ritual that helps people acknowledge that that person is no longer alive. All societies have a ritual (or several rituals) to mark social death. In some cultures, this might be a very sedate affair in suits and ties. In other cultures, it might include getting drunk and having a banquet. And in others, people might sacrifice pigs to show their respect. The ways that we mark peoples’ passing differs from culture to culture.

Personally, I think that celebrating someone’s life rather than solely mourning the fact that they have gone is no bad option.

Dr Mark L. Moskowitz is Professor in the Department of Anthropology at the University of South Carolina. For more information on funeral strippers, see his website. Image credit: Mark L. Moskowitz.