Since his victory in the Southern District Council elections six years ago, Paul Zimmerman has been notable in Hong Kong politics as the only westerner currently in office. Zimmerman boasts an extensive record of public service on the district council, tackling issues ranging from local bus routes to the state of public roads and looming threats of redevelopment.

In a 2010 interview with HK Magazine, he stated that the energy at the senior level of government was lacking, and politicians in those positions concerned themselves with external issues instead of running the city. Six years later, Zimmerman says nothing’s changed.

“I think it got worse. We’re spending more and more time on the top layer of government and we’re completely bogged down in fights over political arrangements and how we’re going to work with national authorities. We’re wasting a hell of a lot of time, nothing is clear and it’s all very unsettled.”

“We don’t spend enough time in government to run the city as a city. We spend a hell of a lot of time on how to develop our relationship with national authorities, how to organise political reform, how we basically operate Hong Kong as a system within China.”

Zimmerman believes that mainland authorities operating in Hong Kong contribute to this problem, since their goals, budgets and mandates are unclear. Zimmerman says this lack of transparency by national authorities contributes to the overall problem of too much focus being placed on dealing with external issues that relate to the mainland and not enough emphasis being placed on running the city as a city.

One of the local issues that Zimmerman has tackled in the past and wishes to continue addressing is unsustainable or unnecessary redevelopment.

Zimmerman  previously voiced concerns to HKFP last September about closely examining problematic redevelopment projects, specifically the proposed redesign of the Avenue of Stars promenade in Tsim Sha Tsui. The project, designed to upgrade the entire promenade and redevelop the 3 million square foot New World Centre, was scrapped in February amid much controversy. The project was criticised from the beginning for a lack of public consultation, transparency, and alleged collusion between the government and developer New World Development (NWD).

The project was scrapped following threats of judicial review issued by  Murdoch Investments and Shangri-La Hotel, Zimmerman says the TST promenade case is another example of how Hong Kong has much to learn with regard to engaging the public and properly executing redevelopment efforts.

The TST Promenade project is not the only recent redevelopment project that Zimmerman has criticised. In January, Zimmerman also commented on the impending demolition of Nga Tsin Wai, a historic walled village in Kowloon that was targeted by the Urban Renewal Authority (URA) for redevelopment. The demolition of the village would make way for a pair of 30 to 40-storey private housing towers.

That project was similarly marred by criticism, primarily from residents of Nga Tsin Wai who complained that the Urban Renewal Authority asked them to leave before allocating housing and relocation for businesses that existed inside the village. 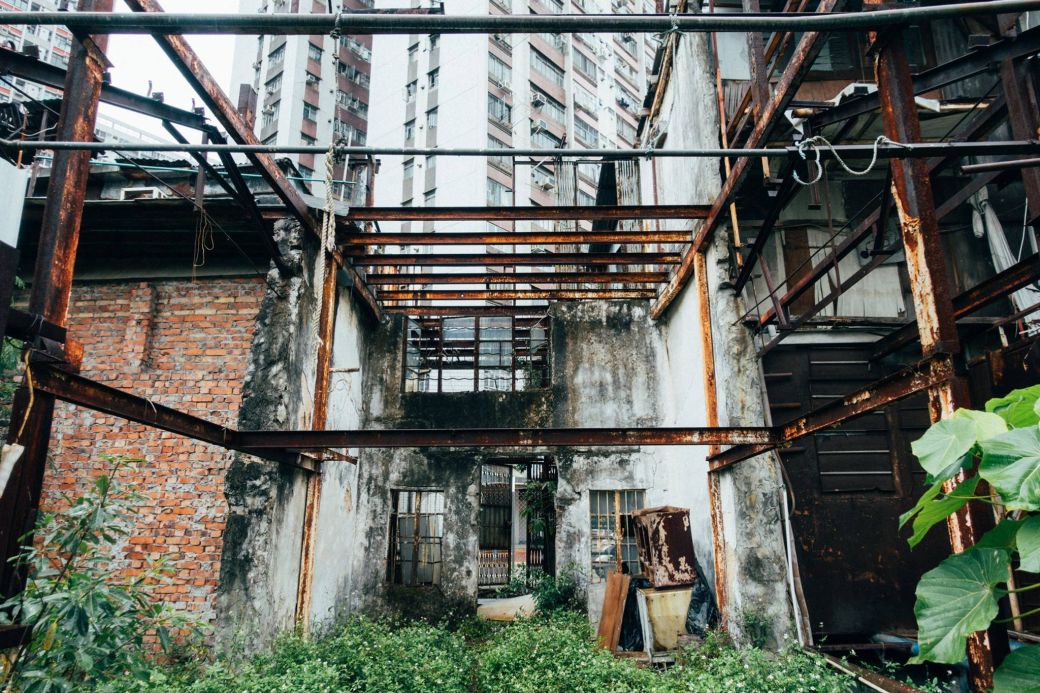 For Zimmerman the issue doesn’t lie with the concept of redevelopment, but with the conflicting mandates of bodies such as the Urban Renewal Authority which pledges to preserve areas of historical and architectural value, while also revitalising, redeveloping, and rehabilitating the socio-economic fabric of urban communities. As Zimmerman notes, often these projects fail to do both at the same time.

While Zimmerman believes that there is still a great deal the government could improve on and learn from in this area of public policy, he is ultimately happy that the awareness of these issues has grown in the past 12 years.

“I think that since 2004 things have changed dramatically with regards to sensitivity towards the community in development issues and conservation issues. If you go back to 2004 and you look at the platforms of various LegCo candidates, there was little in there about urban planning issues. Now, it’s all about urban planning, it’s all about the environment, and it’s all about the shape of the city. To me, we’ve made a lot of changes and we also see many more concern groups on specific issues like the protection of species or development coming to their area. To me, the growing awareness about these issues is fantastic.” Redevelopment in Hong Kong has room to improve over time, but Zimmerman believes that the city could improve almost immediately with environmental efforts. The councillor was involved in a heated protest at the government headquarters last month where activists dumped two tonnes of dirt outside the building to protest an unauthorised dump site at Tin Shui Wai. The area is home to a 10-metre tall dump site which protesters have labeled “unauthorised development”.

“The Tin Shui Wai dumpsite is one of many dumpsites, and people think it has to do with waste like fly tipping, or avoiding the fees to dump at the landfill. However, that is not the case; the problems we’re having is landfilling, essentially unauthorised land development where people fill up fish ponds and agricultural land with inert waste, basically because they want future development and to build on that land.”

Protesters have already urged the Planning Department to take action and clear the dump, but so far no official action has taken place to address the site. Ultimately, as Zimmerman repeatedly stresses, the answer lies in law reform. “Law reform is going to be very important to giving enforcement powers to the Planning Department. Specifically deleting the exemption for the dumping of inert waste on private land, and the Development Permission Area Plans for all rural lands are all key parts of this process.”

“We have to give more law enforcement powers to not just the Planning Department, but also to the EPD, and to the Buildings Authority to make sure this doesn’t happen, and this law reform is not complicated. It’s just that the landowners, the land developers, and the Heung Yee Kuk have been blocking it for so long.”

The possibility of holding both seats presents a potential challenge for Zimmerman. If elected to a super-seat, he could find himself dealing with the external, national issues that he believes are distracting politicians from properly running and maintaining Hong Kong as a city. While Zimmerman argues that this is an ongoing problem among the senior level of politics, he maintains that his focus will remain firmly with the city, managing local problems.

“Well, my interest in LegCo is entirely in running the city as a city. I have a strong opinion in issues such as the constitutional reform and our relationship with China or education issues, but I’m far less interested in those issues because my primary concern will always be to run the city, that’s where my focus will be.”

True to form, he closes by reminding Hong Kong residents to register as voters in the LegCo elections in September.