Premier League frontrunner Leicester City will return to Hong Kong for a fifth consecutive year to participate in the HKFC Citi Soccer Sevens next month. The team are headlining a group that includes clubs such as Newcastle, West Ham, Stoke City, and FC Seoul among other big names. 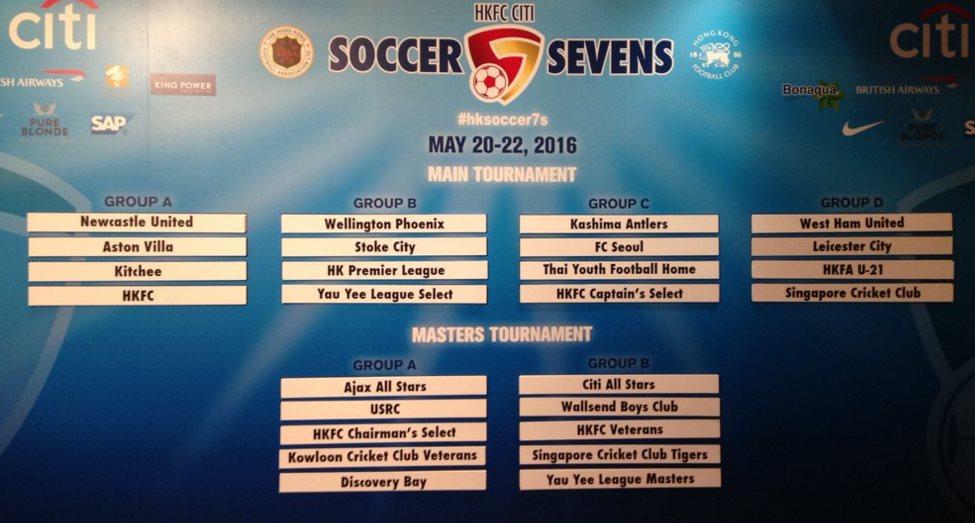 Touted as the world’s best seven-a-side football tournament, the Soccer Sevens have been hosted by the Hong Kong Football Club (HKFC) annually since 1999, featuring amateur and senior clubs from all around the world. This year’s tournament also welcomes back five-time winner Aston Villa, whose last victory at the Sevens came in 2010. This year’s tournament will take place from May 20 to 22, with tickets currently available at Ticketflap.

Leicester City, who have been catapulted to first place in the Premier League table after finishing fourteenth the previous year, currently own a seven point lead ahead of second-place Tottenham with five games left in the current season.

Chief Executive Officer of Hong Kong Football Association Mark Sutcliffe said that it was a “very interesting draw, particularly for the Hong Kong Team U-21’s where we’ve got to play against the top teams from England, West Ham United and Leicester City.” Sutcliffe added that the Soccer Sevens is a great event for “many people to go out and watch the local players but also the foreign stars of the past, present, and future.”