In the latest in a series of scandals to rock the chief executive’s office, Leung Chun-ying was allegedly spotted failing to personally clean up his own dog’s poop on Sunday, according to a social media post by Charlotte Loong.

Loong said that Hong Kong’s embattled leader was taking his canine friends for a walk at West Kowloon Cultural District when one of his dogs relieved itself on the concrete. Rather than “pooper-scooping” the offending poop, Leung simply swept it into some nearby soil and rinsed the concrete with some water before leaving.

Netizens took the opportunity to turn the government’s words upon the Chief Executive.

One commenter on Facebook said: “Of course he doesn’t have to do this stuff, his position is transcendent… don’t you know?”

Another said: “This is just another case of land problems.” 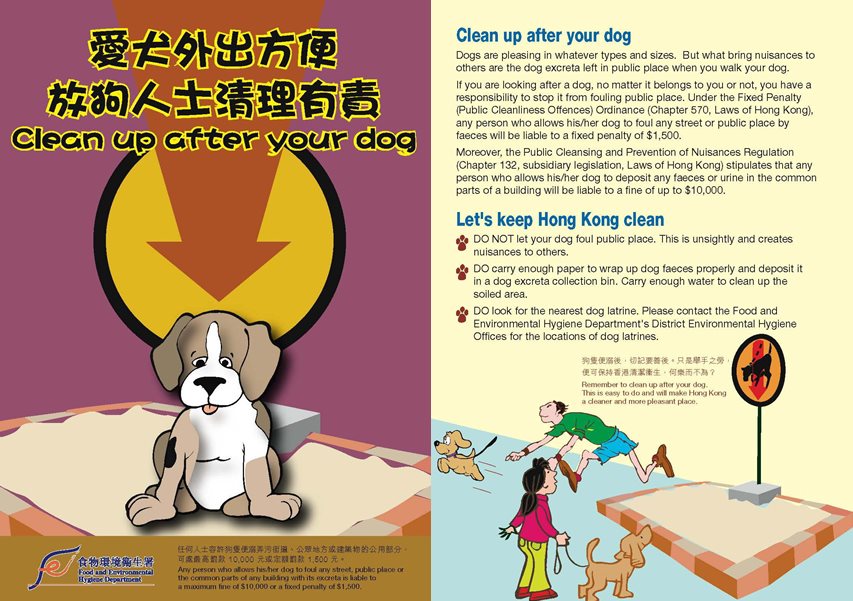 According to Hong Kong law, anyone who allows their pets to make a mess on the streets or in public places could face a fine of HK$1,500.

The internet ponders: Does the chief executive clean up his dog's poop?