The recent takeover of “Zaman”, Turkey’s biggest daily newspaper, by the authoritarian Government of President Erdogan, undoubtedly signals the end of functioning press freedom in that country. This thuggish act of censorship, akin to David Cameron shutting down “The Guardian” because he can’t do the crossword, goes a long way towards explaining why Turkey lies in lowly 149th place, out of 180 countries, in the Reporters Without Borders World Press Freedom Index. That is one position above the ironically named Democratic Republic of Congo. The World Press Freedom Index is in itself an illuminating read. There is perhaps little surprise that Scandinavian countries occupy the first three places, but did you think El Salvador (#45) would be so far above Japan (#61)? The UK lies in respectable, if slightly disappointing, 34th. Hong Kong, having fallen from an admirable 18th in 2002, currently languishes in 70th place.

A more interesting, but arguably less objective, method of measuring press freedom is to analyse the spectrum of headlines that are created over time by a countries’ popular media. The theory being that a confidant Press industry with little political and legal interference to worry about, is more able to get away with — and more driven towards — flamboyantly inaccurate and ridiculous headlines for mass consumption. 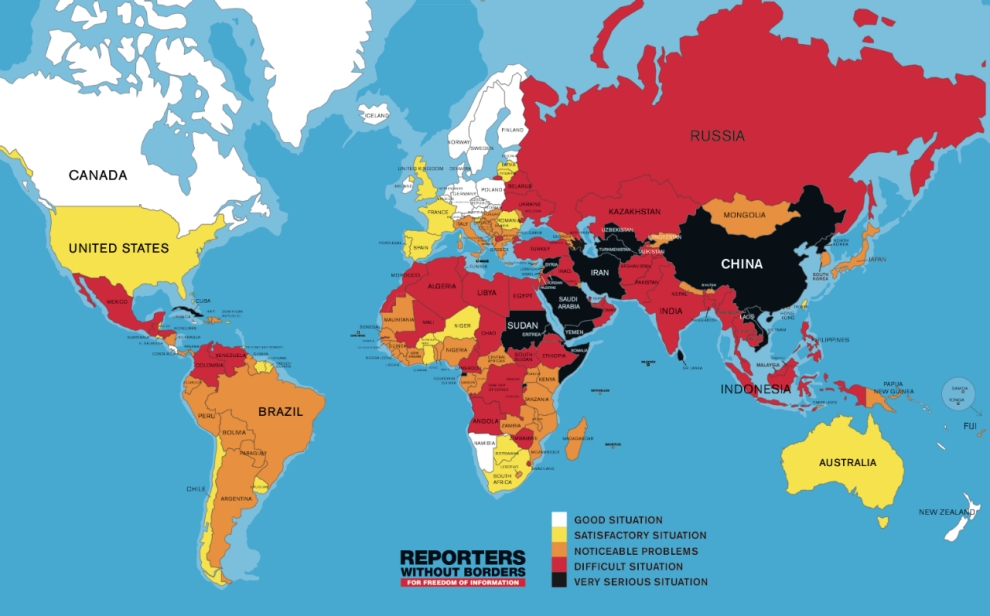 Not all news outlets will be tempted to do this. However, the tabloid traditions of Europe are a symptom of the region’s relative freedoms. Conversely it is why you will find very little in the way of comic alliteration in the captions contained in North Korean (#179) newspapers.

Historically Scotland is one of the world leaders in this field and, amongst other notable works, has produced two great English language headlines that bookend the 20th century. The first involves the city of Aberdeen’s broadsheet, “The Press and Journal” and their parochial approach to reporting the sinking of the Titanic in April 1912. This resulted in the legendary headline “Local man lost in shipping accident.”

The second literary gem is less a product of urban myth than a result of the unpredictable gritty reality of Scottish Football. In the year 2000 the Glaswegian edition of “The Sun” newspaper chose to report the 3-1 victory of the amateurs Inverness Caledonian Thistle, over the mighty Celtic in the Scottish Cup, with the Mary Poppins paraphrased headline “Super Caley Go Ballistic, Celtic Are Atrocious.” 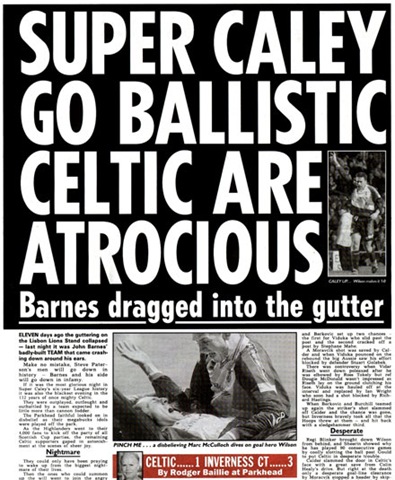 It was also “The Sun”, acting as a conduit for evil publicist Max Clifford, which masterfully combined all the essential elements of fascination held dear by tabloid readers into the most famous banner of all time. C list celebrity, random acts of cruelty and small cuddly animals all feature in the notorious “Freddie Starr ate my hamster” headline of 1986. This wonderful irrelevance eclipsed the grizzly renown of 1982’s “Gotcha” from the same newspaper, “celebrating” the sinking of the Argentine (#57) cruiser “The General Belgrano”, and the loss of 323 lives. 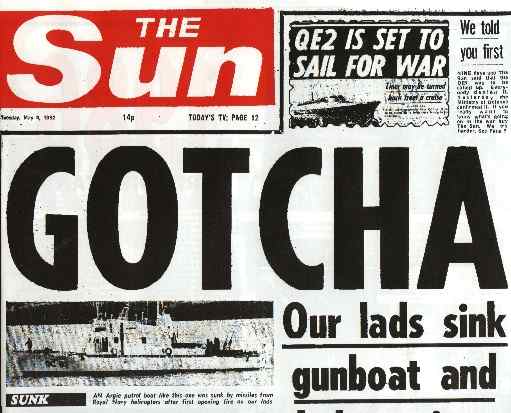 Both Danish (#3) and Gallic humour in the format of newspaper cartoons have shown that they can provoke hideous acts of terrorism. Multicultural France (#38) in particular needs to at least acknowledge that freedom of expression can be used too casually by some as an instrument to goad.

Conversely the contrived nature of the press in the United States, currently in 49th place, is reflected in the humourless reporting of FOX News, who can even turn the hilarious pantomime of the Republican Party Presidential Primaries into dull reportage.

Not that further evidence is required, but this method of analysis also corroborates the rapid decline of press freedoms in Hong Kong. The lurid copy of the commuter comics such as “The Standard” do try to lighten the mood, most recently with items such as “Organic Food Chewed Out”, but clearly their heart isn’t in it.

The legal publication of harmless gossip about Chinese politicians ends in illegal rendition to China (#176) and films critical of the current situation get dropped in the face of considerable box office returns. We can safely assume that our headline writers do not feel the compulsion to exaggerate the facts for dramatic effect.

If Hong Kong ever again enters the top 20 of The World Press Freedom Index then we will be alerted to this fact by more creative captions. Imagine the conservative leaning South China Morning Post throwing off the shackles of its own self-censorship and printing headlines such as “Regina Ip punched my parrot!” or “Jackie Chan and corrupt CE, caught cashing in on clandestine corporate car park coupon caper.” The irony being, given the political landscape of Hong Kong, equally outlandish claims could be true!

Tabloid excesses as a barometer of media freedom: Did CY Leung eat my hamster?