It is just over a year since Erwiana Sulistyaningsih’s Hong Kong employer was jailed for horrific abuse of her maid in a case that made headlines around the world.

After pictures of Erwiana’s extensive injuries went viral in 2014, the young Indonesian became the face of a movement determined to force change for the army of more than 300,000 migrant domestic workers in Hong Kong. Although she never admitted her guilt, employer Law Wan-tung was jailed for six years, a triumph for quietly spoken Erwiana who was held up as a hero.

Both she and migrant rights campaigners hoped the high-profile case would bring enough pressure on authorities in Hong Kong and Indonesia to improve conditions for migrant domestic workers, known locally as “helpers”. 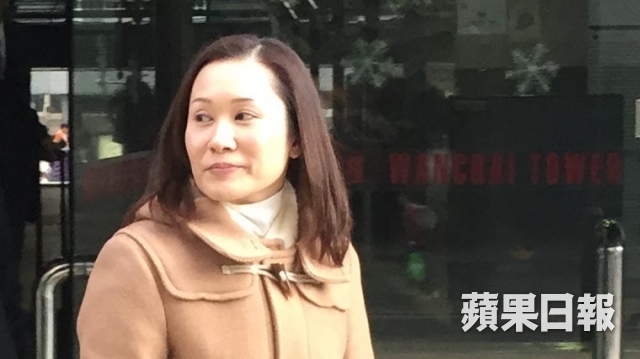 A year on, they say it has not.

Visiting Hong Kong for the launch of a documentary about her case and the plight of other maids in the city, Erwiana broke down in tears in front of the audience of mostly Indonesian women, some of whom also wept, as she spoke of her ongoing frustration.

“I hear stories of abuse, cheating and exploitation by recruitment agencies, many different cases, and not just women,” Erwiana, 25, told AFP in an interview.

“We haven’t seen any changes yet. There are still so many cases of migrants who never get justice.”

Most of Hong Kong’s foreign domestic workers are from Indonesia and the Philippines.

Erwiana and fellow campaigners say workers’ home countries and receiving countries must clamp down on the private recruitment agencies that extract exorbitant fees from migrants, plunging them into debt before they even start their jobs.

Workers’ passports are routinely kept by their agencies or employers, to stop them from running away.

Abolition of the hated “live-in” rule in Hong Kong, which forces migrant domestic workers to live with their employers, making it almost impossible to escape abusive households, is another key demand.

Campaigners have argued these points repeatedly, even before Erwiana’s case, but they have fallen on deaf ears with authorities.

A report released earlier this month by Hong Kong’s Justice Centre said one in six migrant domestic workers in the city — around 50,000 people — were in “forced labour”. Its findings come after a report by the UN Committee Against Torture in December urged Hong Kong authorities to reform laws in order to protect victims of forced labour and trafficking.

“I feel sad. I remember my experiences. The cases keep coming and coming,” says Erwiana.

The new film launched Sunday, entitled “Erwiana: Justice For All”, was shot by Hong Kong-based US filmmaker Gabriel Ordaz and will initially be screened at universities in the city.

Ordaz says he is taking the movie to film festivals in the hope of getting the message out internationally.

The documentary recounts tales of women who have been pushed by poverty to leave their home countries in a bid to create a better life for their families.

It also revisits the horrors of Erwiana’s experience, revealed during her trial — she was imprisoned, starved and when her body was so weak that she could no longer control her bodily functions she was forced to wear a diaper.

Erwiana is now studying economics and business back home and is working as a counsellor and advisor to migrant workers.

She says she finds it difficult to breathe through a still broken nose, her feet are scarred and she receives counselling.

She is no longer frightened of loud noises as she was in the immediate aftermath of the abuse, but says she has trouble focusing for more than 20 minutes. 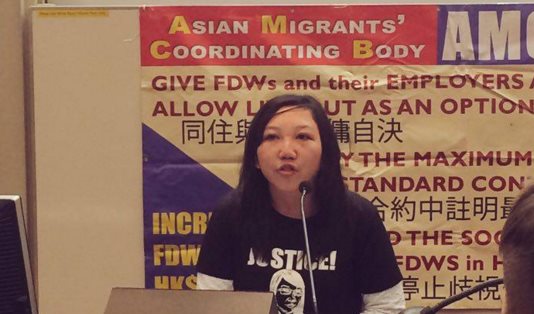 It is speaking about her mother, who also worked as a domestic worker in Brunei, which brings her to tears at Sunday’s screening.

“Every day I wished she could return so she could raise us, her own children… my mother, and millions of women and men, were forced to work overseas because of poverty and no decent jobs in our home countries,” she told the audience.

But despite her frustrations, Erwiana says there is still hope.

Hundreds of supporters gathered in Hong Kong’s Victoria Park Sunday afternoon to chat with Erwiana in the sunshine.

Since her case came to light, she says many migrant domestic workers have contacted her to discuss their own situations.

Erwiana helps put them in touch with a network of NGOs in various countries.

“They (the workers) feel that there is a way to help them,” she told AFP.

And while there are still many hurdles to overcome, Erwiana says campaigners must not give up.

“If we don’t take care of ourselves, no one will,” she says.