Nearly 200,000 people in Hong Kong are currently living in sub-divided units (SDUs), colloquially known as “cage homes”, according to the latest Thematic Household Survey Report published by the Census and Statistics Department on Thursday. 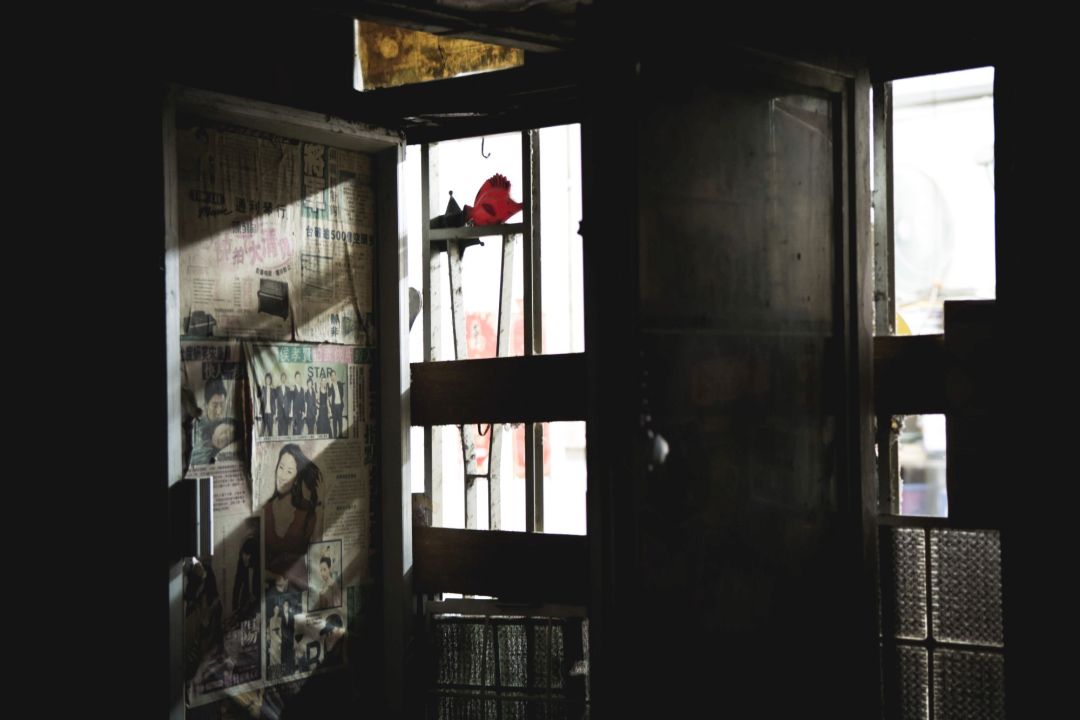 The report said: “the average area of SDUs per capita was 5.8 square metres. For the households living in SDUs, their median monthly rental payment was HK$4,200, while their median rent to income ratio was 32.3%.”

The median household size was two persons, the report said. 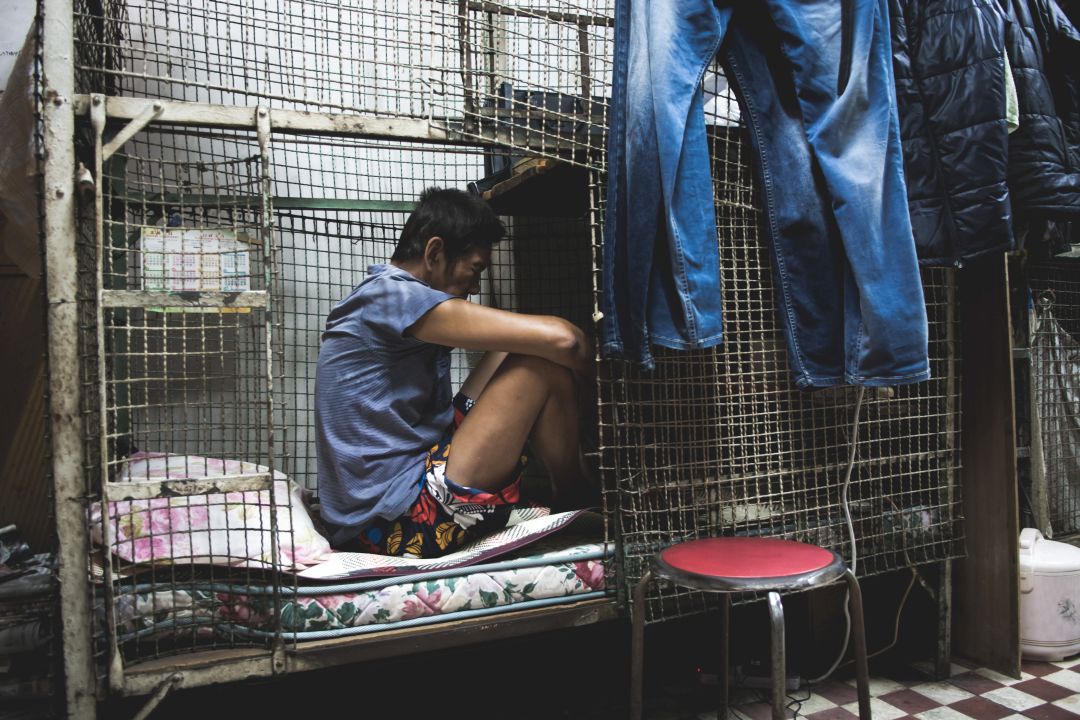 “Cage homes originated in Hong Kong in the 1950’s, housing immigrants and refugees from China during the Chinese Civil War. They left China hoping for a better future and to send money back to the families back home in China,” said Cheng. 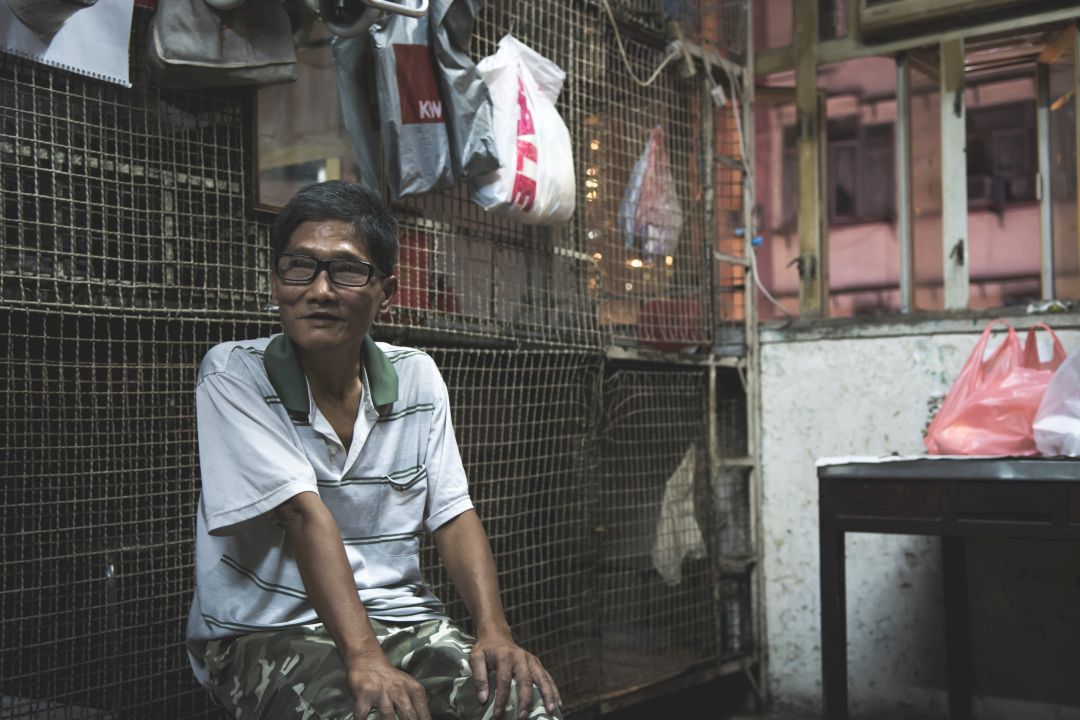 “This resident [pictured] fled China and swam across the Bay to reach Hong Kong during the China’s Cultural Revolution around 1970. He is just one of hundreds of thousands of those who risked everything to escape the mainland in search of a better future in Hong Kong,” Cheng said. 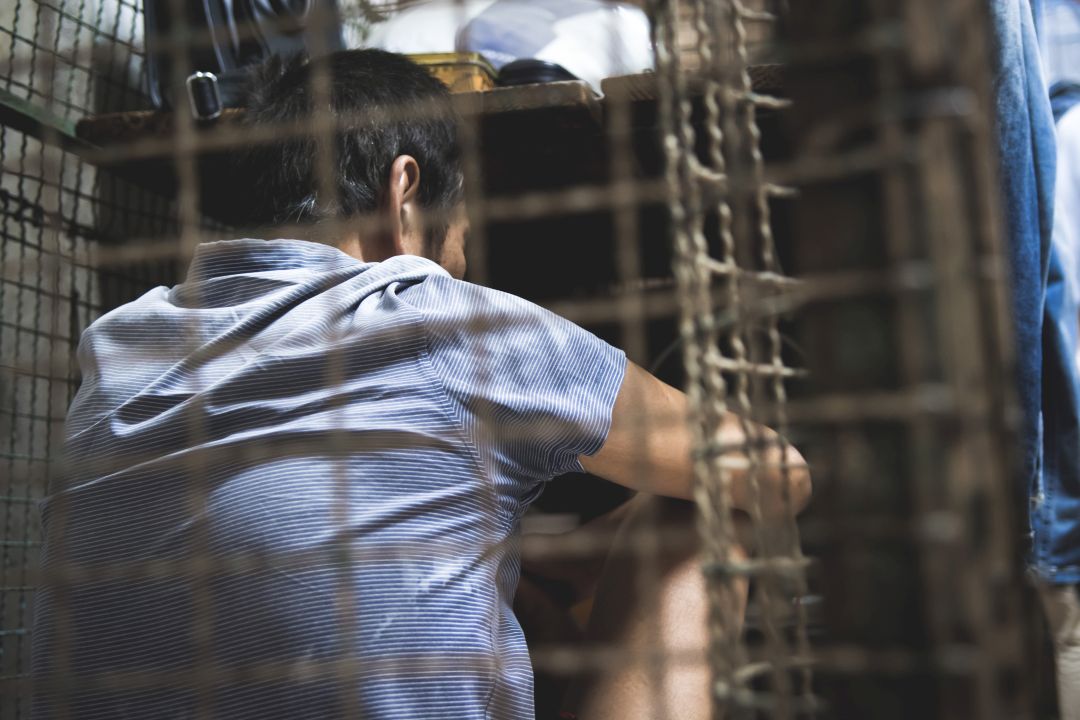 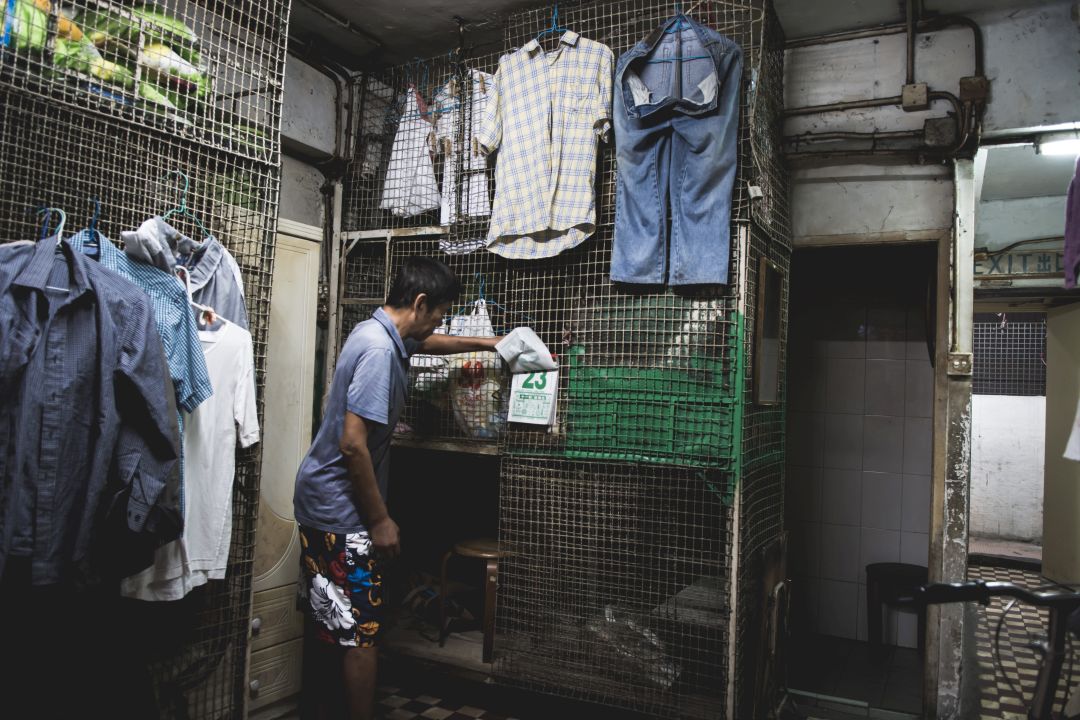 “Located in the hearts of urban districts, these properties were made to hold more people than they should. Although it seems that certain human rights are violated here, they haven’t yet been eradicated due to the demand for low rent,” he said. 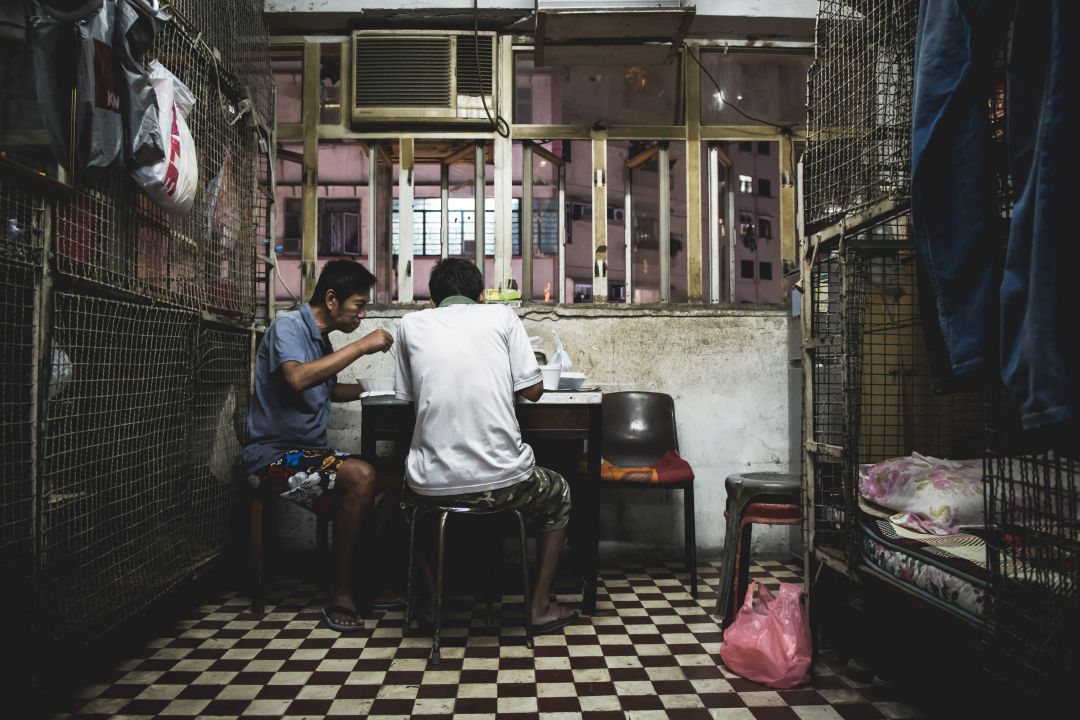 “There’s not much left for us, we’re just kind of waiting for our last day…” said one of the residents. 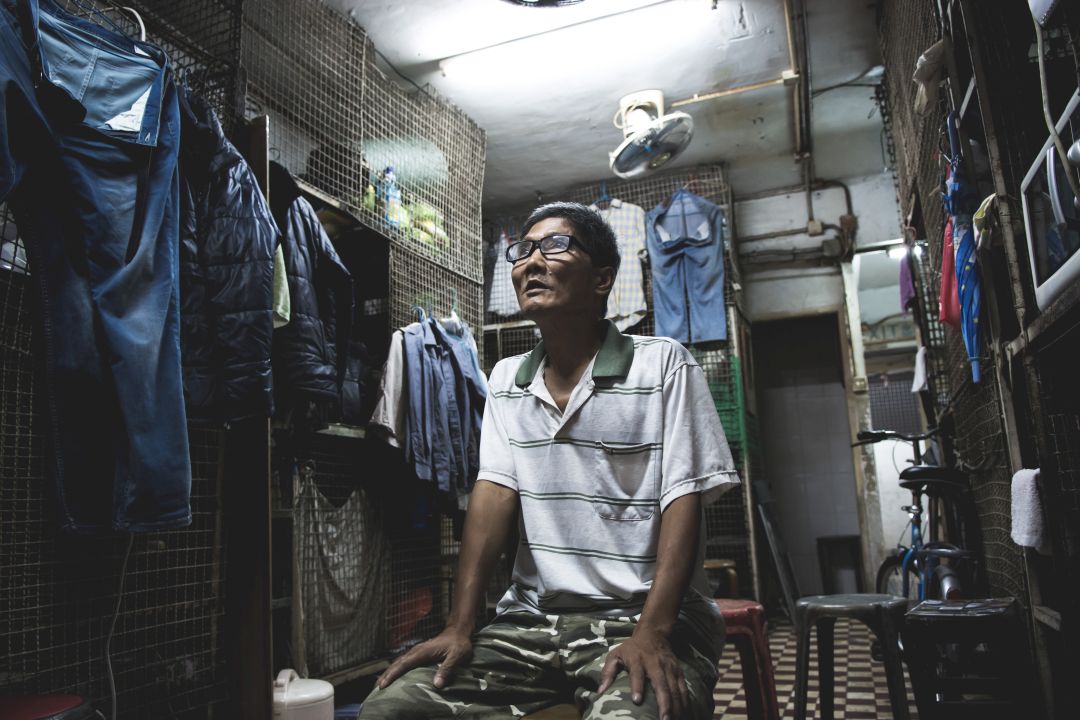 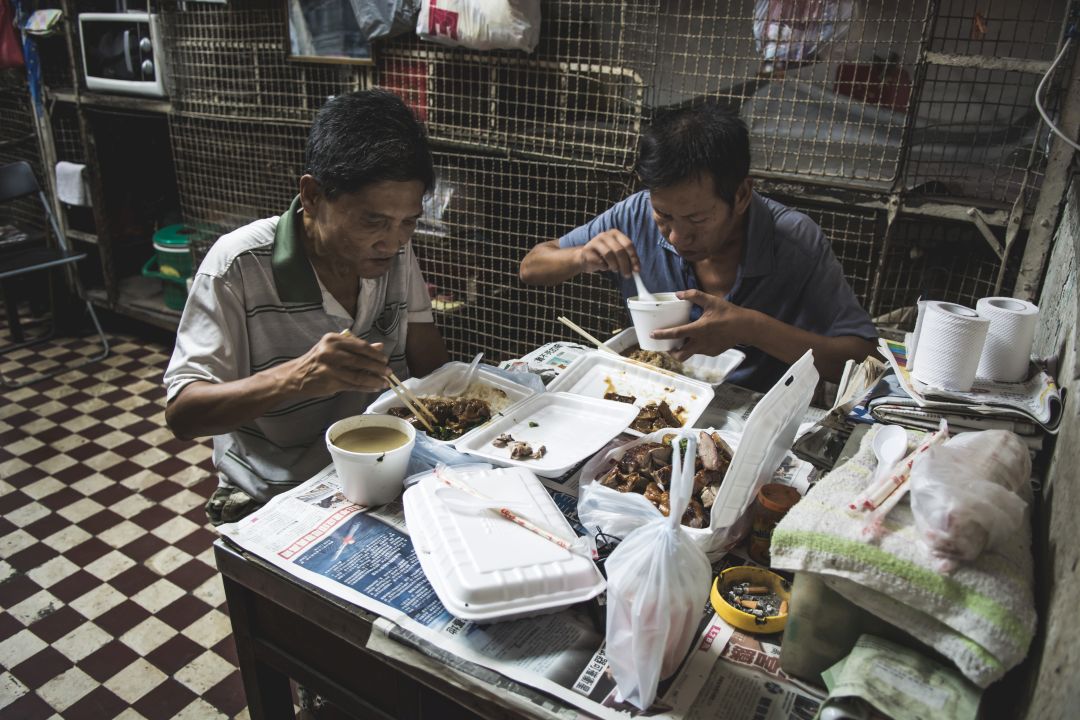 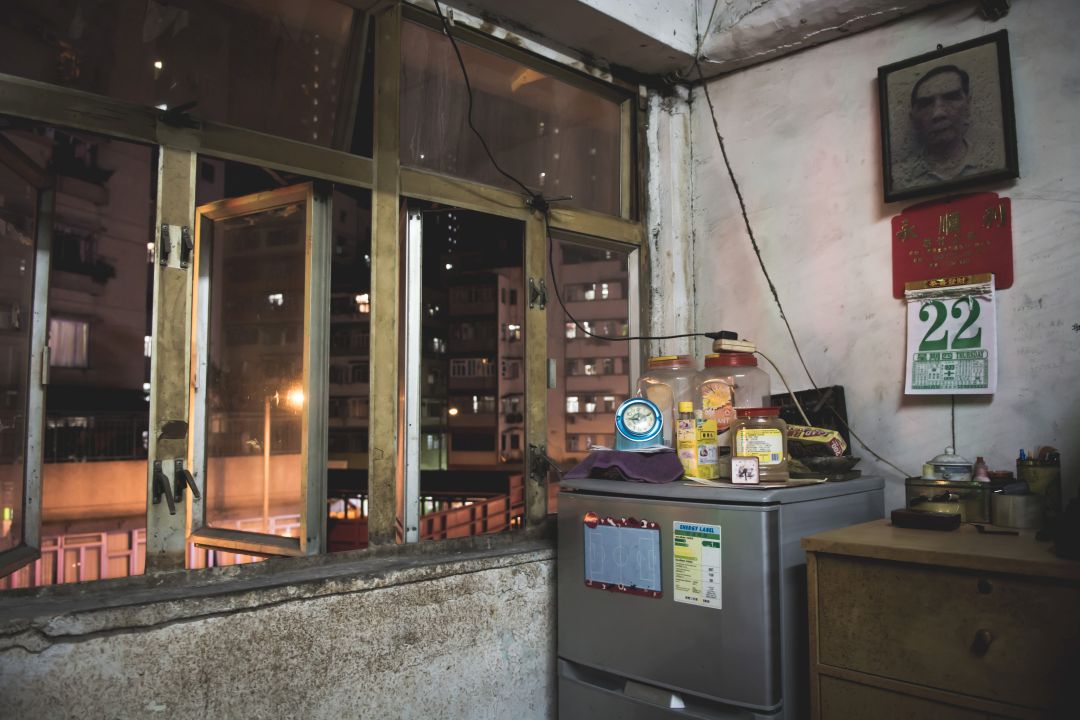 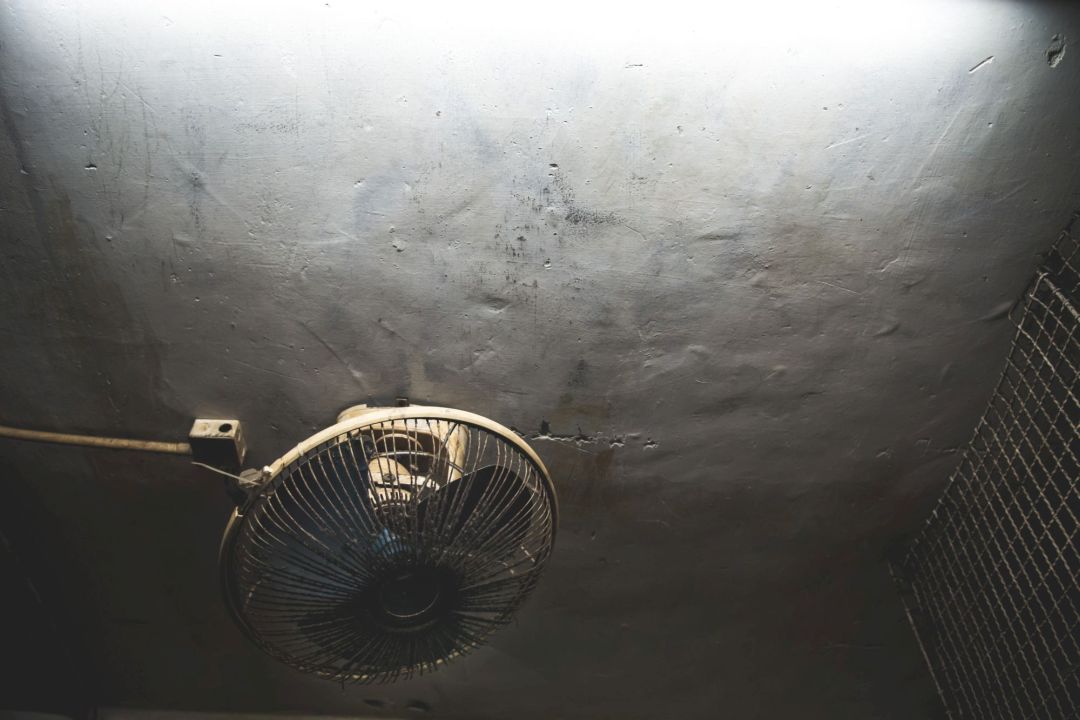