An NGO has criticised the authorities for being “in a state of denial” and attempting to “pass the blame” after the government responded to a report on the exploitation faced by foreign domestic workers.

A Justice Centre report on Tuesday, found that almost 95 per cent of domestic workers were being exploited or had been forced into labour in Hong Kong. In response, the government said that “Hong Kong is one of the few places in the world which grant statutory labour rights and benefits to FHDs [foreign domestic helpers], same as those enjoyed by local workers.”

On Tuesday, the government said that under the standard government employment contract, domestic workers have additional protections and “can enjoy benefits like free food, free accommodation, free medical treatment and free passages to and from their home countries”.

Domestic workers are nevertheless remain exempt from protections such as the statutory minimum wage. The government stated that neither it, nor the community “tolerate any abuse or exploitation” of domestic workers, and employees are encouraged to report such cases. It added that the Labour Department has worked to liaise with domestic workers’ home countries to tackle the problem of heavy debt incurred from high training fees, and crackdown on employment agencies to ensure there is no overcharging.

However, the government also said that there was no requirement that domestic workers must be employed through such agencies. It also defended the “live-in rule”, saying that it was “to meet the acute and long-standing shortage of full-time live-in domestic helpers in the local labour market.” 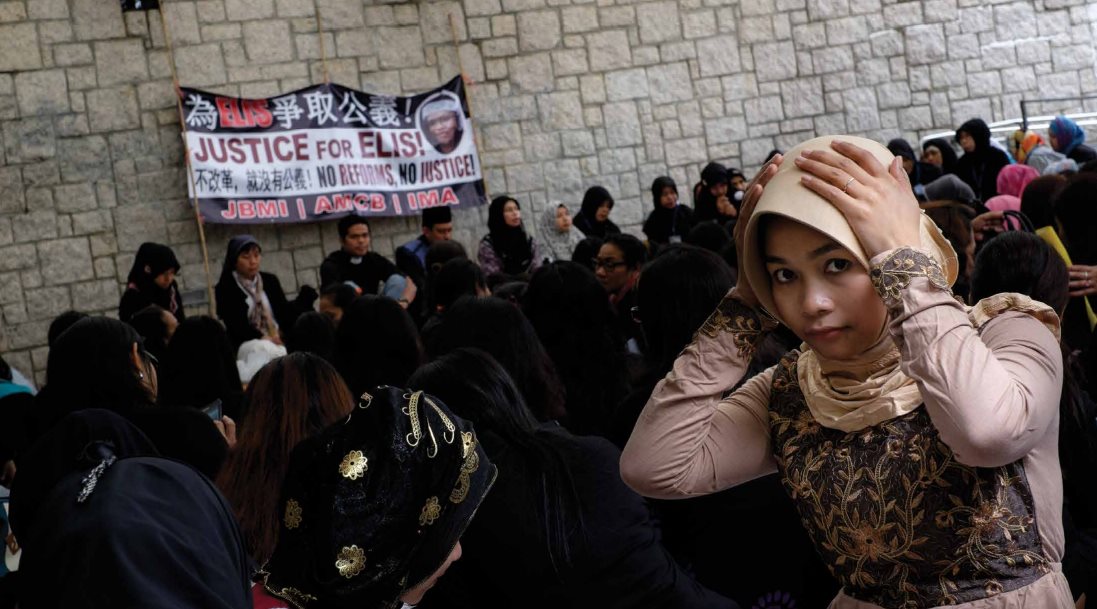 NGOs, however, were critical of the government’s response.

“They either pass the blame to migrant-sending countries or defend their policies like the ‘two-week rule’ and ‘mandatory live-in’ [rule], both of which were strongly criticised by the United Nations Human Rights Council and women’s rights bodies. This attitude of the HKSAR government makes it appear that slavery in Hong Kong is permissible.”