Today marks the 5th anniversary of the Fukushima nuclear disaster and with it, five years of struggle by Japan to improve energy efficiency as it strives to go nuclear-free. As the repercussions of Fukushima were felt around the world, making governments and communities re-evaluate their dependency on nuclear power, here in Hong Kong we’ve spent the past five years stuck in the same nuclear debate. Nuclear-free naysayers continue think going nuclear-free in Hong Kong is meaningless if the Chinese government is pro-nuclear in its energy policy. To those who have thrown up their hands and turned their backs on safe, sustainable energy solutions, I urge them to look to Seoul and the solution one city government successfully rolled out in opposition to national energy interests. South Korea’s central government actively develops nuclear power, yet the Seoul Metropolitan Government (SMG) has been exploring a sustainable energy solution as a nuclear alternative since the immediate aftermath of the Fukushima nuclear accident.

To better understand South Korea’s reliance on nuclear energy one must only look at the numbers. There are 25 reactors in South Korea supplying 30 per cent of the country’s demand; and the government is planning to build 14 more in the next 20 years, arguing that it is necessary in order to meet growing power consumption. To encourage and promote a nuclear-free environment after the Fukushima disaster, Seoul citizens initiated energy-saving campaigns in their communities. That same year, , a human rights lawyer and an independent candidate, became mayor of Seoul, winning against the ruling party’s campaign. Shortly after taking office, Park and the SMG pushed forward the ‘One Less Nuclear Power Plant’ initiative, opposing the national government’s policy. It is important to note that Seoul accounts for 10 per cent of national nuclear energy consumption. The first phase of ‘One Less Nuclear Power Plant’ was implemented in 2012 and ran through 2014, to boost renewables production in Seoul and achieve energy conservation of 2 million TOE (tonnes of oil equivalent), an amount equal to the average annual electricity production of one nuclear plant. The goal was achieved six months ahead of schedule. During the three-year implementation of the first phase of the initiative, the overall electricity consumption in South Korea rose by 5%, even as it dropped by 4% in Seoul. The SMG, led by Park, then launched the second phase, to reduce energy consumption by a further 4 million TOE by 2020.

Seoul’s success shows that energy conservation and renewable electricity production can replace nuclear power while meeting energy demand. Regardless of these results, the South Korean government continues to build new reactors to meet the “continued increase in national electricity demand”.

Seoul’s anti-nuclear policy has created interest both at home and abroad. The heads of local governments from Seoul, Gyeonggi, and Jeju released a joint statement in November to reaffirm their commitment to stepping up the development of renewable energy. At the same time, Taiwan’s newly-elected president, Tsai Ing-wen, announced last year that the nation’s Democratic Progressive Party would initiate a similar plan in the cities and counties it governs. 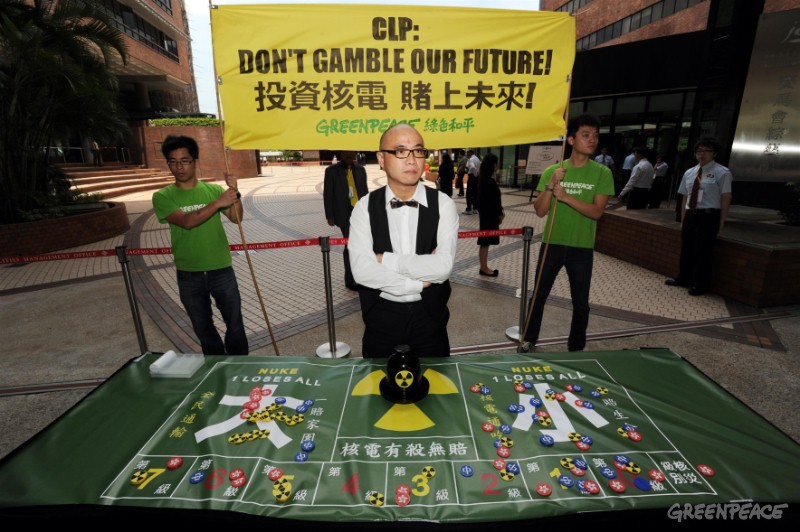 Seoul’s initiative shows that it is possible to mobilise communities within a short period of time and achieve significant results. It demonstrates that even one city can fulfill the vision of energy self-reliance. The SMG launched 23 measures and 71 programmes over three years including offering vacant public space to businesses and community groups at low rents to build solar power stations; introducing the Energy Self-reliant Community movement to provide funds to residents to promote energy efficiency and installing small renewable energy facilities; and cooperating with enterprises to assist property owners to improve energy efficiency in buildings, by means of LED lights, insulated windows, and other energy-saving equipment, as well as low-interest government loans.

Seoul’s success provides testimony that a nuclear free energy supply can be a reality for a densely populated city, through innovative measures in terms of policy making and public land use. For instance, the SMG installed steel structures in water treatment plants to support solar panels on top of water pools. It also implemented the Eco-Mileage programme in which citizens who save energy can receive mileage points for buying eco-friendly products, cinema tickets, and recharging transportation cards. So far, 42% of the city’s households (1.48 million) have taken part in the programme. As we mourn the Fukushima disaster we also note that the Hong Kong government has shirked its responsibility to create a proactive renewable energy strategy and chosen  instead to highlight land issues and cost effectiveness. We have an immediate opportunity, however, since the electricity supply contract with the Daya Bay nuclear plant ends in 2034.  The plant will have been operating for over 40 years and will reach the end of the average lifespan of a nuclear plant by then. The plant should be closed for the sake of safety.

We can also make great strides towards nuclear free safety by carrying out the Hong Kong government’s plan to replace coal with natural gas. Along with reducing electricity use by 20% in the coming 20 years and boosting renewable energy use to 10%, Greenpeace calculates that a halt in the use of nuclear energy is achievable.

When he met with Greenpeace, Seoul mayor Park Won-soon said firmly that nuclear power is far from safe and is expensive, especially in regard to the cost of nuclear waste disposal. The underlying stance of ‘One Less Nuclear Power Plant’ might differ from the energy policy of the South Korean government, yet he suggested that it is the responsibility of the city government to reduce the use of nuclear power to safeguard the wellbeing of its citizens. Hong Kong enjoys no lesser degree of autonomy than Seoul in energy policy making. As long as the government is willing to step outside of its comfort zone and take action on behalf of its communities, a nuclear free Hong Kong will immediately become a real and vivid possibility.

Greenpeace is an independent global campaigning organisation that acts to change attitudes and behaviour, to protect and conserve the environment. It is present in 40 countries across Europe, the Americas, Asia, Africa and the Pacific.