Both smooth hammerhead sharks and European eels are endangered species and are protected under the Protection of Endangered Species of Animals and Plants Ordinance. Customs said: “Any person found guilty of importing an endangered species without a licence is liable to a maximum fine of $5 million and imprisonment for two years.” 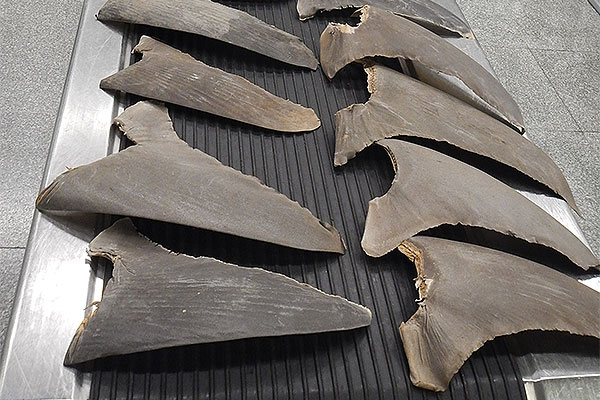 Alex Hofford, wildlife campaigner for NGO WildAid said: “Hong Kong Customs on the whole do a great job… But we are equally alarmed at the thought that many other illegal consignments of endangered species are probably slipping through into our city through undetected.”

“We also commend the Hong Kong government for kickstarting legislation to impose heavier penalties on smuggling and illegal trading in endangered species, and urgently call on the public in Hong Kong and the mainland of China to reduce their consumption of endangered species before the criminal syndicates wipe out our planet’s natural heritage forever,” he added.

The case has been handed over to the Agriculture, Fisheries, and Conservation Department, which will continue the investigation.