As the world celebrated International Women’s Day on Tuesday, some students marked China’s own “Women’s Day” a day early, with some less-than-feminist messages and activities.

“Management and Economics girls are the only wives my mother approves,” one banner read at Guangxi University for Nationalities. 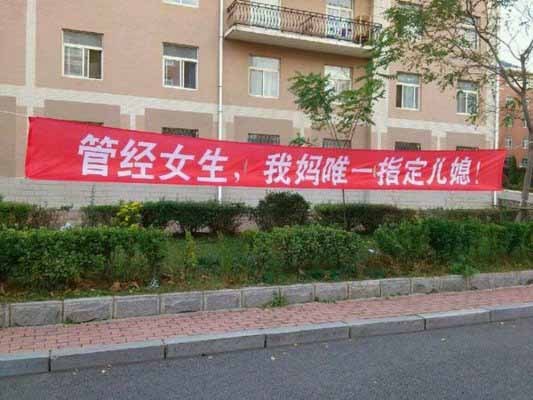 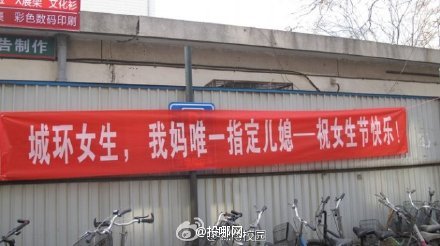 “My mother said wives must be found from Zhengda,” read a banner in Zhengzhou University. 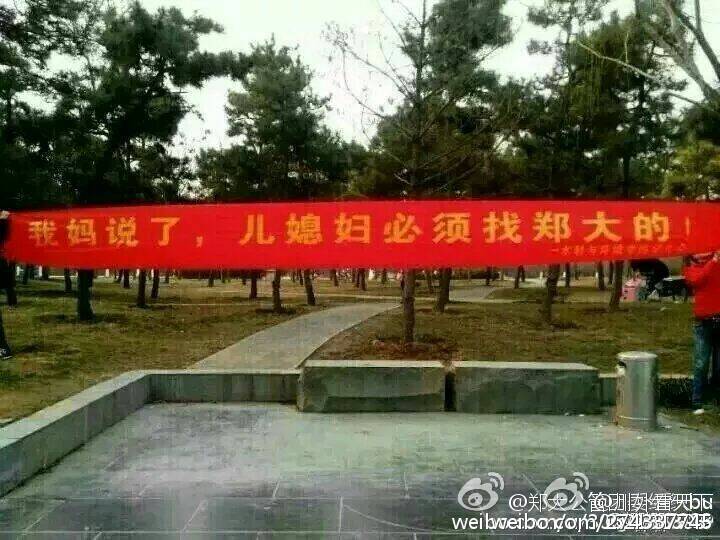 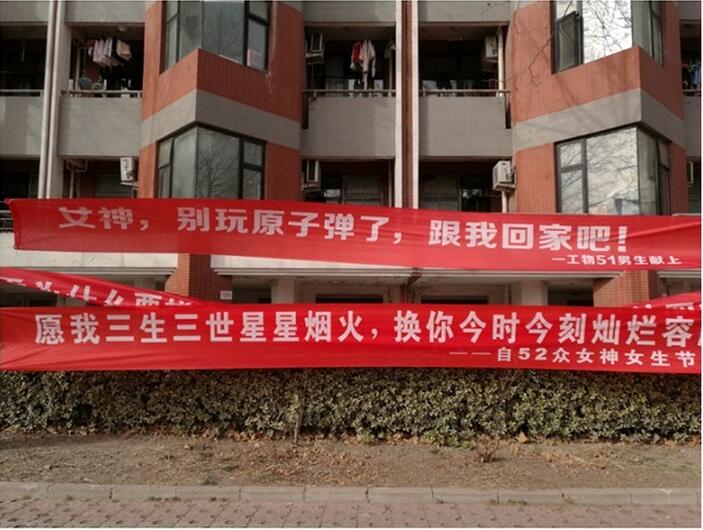 “No matter who you belong to tomorrow, today you are our girls!” read a banner dedicated to girls studying Commerce. 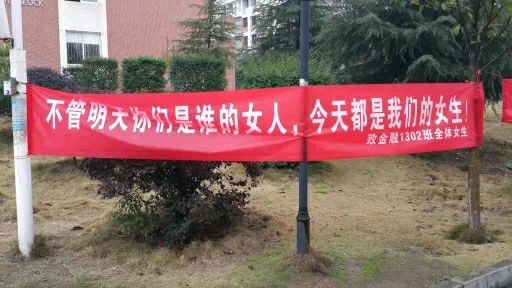 Anti-gay narratives also made an appearance.

“Thanks to your beauty, we never have to be gay,” read a banner dedicated to the women of Taohua Island from Xi’an Peihua University students. 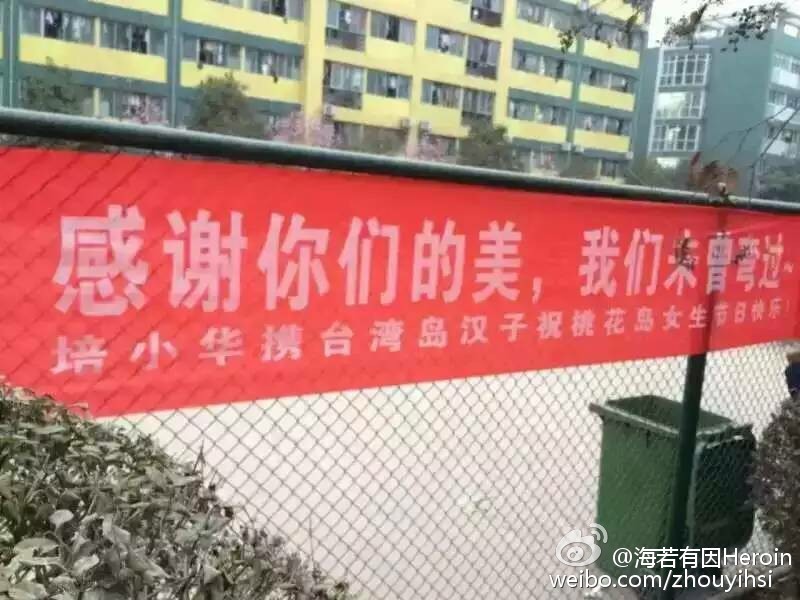 “Even though it is crowded inside the closet, because of you Taoyuan girls, we will never come out of the closet,” read a banner dedicated to the Taoyuan girls from the Student Union. 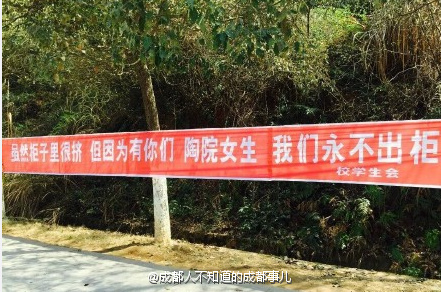 However, it is not only male students who participated in the activities. Female students appeared to have indulged themselves. 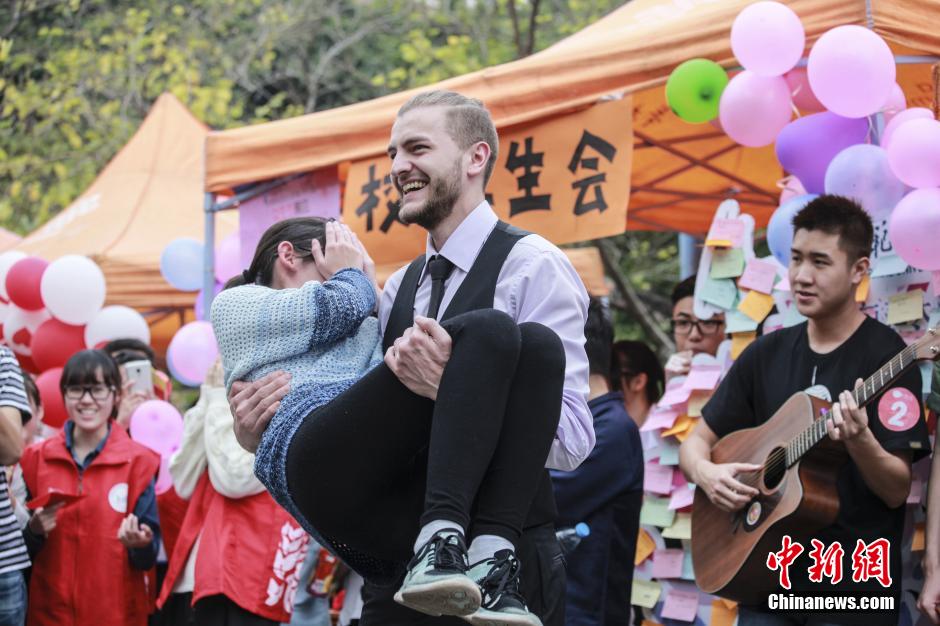 A Russian exchange student was a male participant bid by his female schoolmates. Photo: ChinaNews.

The introduction for the hashtag “Women’s Day” on Chinese Weibo encourages women to “find love and indulgence together” and men to pamper women and treat them as goddesses. The theme is somewhat antithetical to the “pledge for parity” and “empowering women” slogans used by International Women’s Day this year and last year.

The series of banners and activities for China’s Women’s Day came after activists celebrated the 20th anniversary of the Beijing Declaration and Platform for Action in 2015, which set out principles for gender equality.

On the eve of International Women’s Day last March, police detained 10 feminist activists who had planned a campaign against sexual harassment on public transport. Five were held for more than a month before being released on bail – they remain under criminal suspicion pending further investigation.