Measures announced in the 2016 budget on Wednesday did not do enough to help regular Hongkongers, lawmakers on the both the pro-establishment and pan democratic side have said.

“This budget report is comprehensive in pushing forward the economy, but it is still not doing enough to relieve Hongkongers’ problems,” said Starry Lee Wai-king, legislative council member and chairwoman of the pro-Beijing DAB party. She said she was disappointed that the government did not adopt her suggestion to temporarily waive rents for public housing tenants. 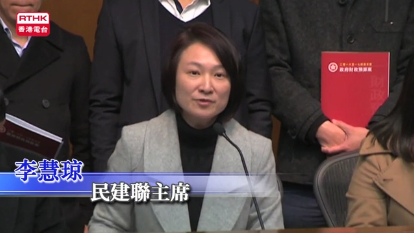 Pan-democrats such as Lee Cheuk-yan of the Labour Party expressed similar sentiments.

“The whole budget leans towards businesses and completely ignores the lives of Hong Kong people. We think the most pressing problem in Hong Kong today is the inequality of wages… but [the budget] is giving a lot to businesses and very little to citizens,” he said.

Labour Party lawmaker Fernando Cheung Chiu-hung said that the difference between spending on small and medium enterprises and on low-income citizens was 6:1 in the budget: “It is even more biased towards industry in comparison to previous reports,” Cheung said.

He also said that he did not see how Tsang had responded to the problems of the youth, such as job placement and career development, despite recognising young people’s dissatisfaction. 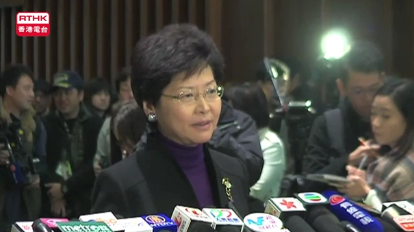 Pro-Beijing DAB lawmaker Elizabeth Quat said: “The budget did not say how to nurture talents from a young age. She suggested that, like many other countries, coding should be taught at a young age but she did not see any of that in the budget report. “If we don’t do it now, we’ll still remain behind,” she said.

Government officials, however, said that the government remains focused on welfare, especially for the elderly. Chief Executive Leung Chun-ying said that the budget will allow his administration to “fulfil its pledges to alleviate poverty, care for the elderly, support the disadvantaged, nurture the youth and enhance the quality of public healthcare services.”

Chief Secretary of Administration Carrie Lam Cheng Yuet-ngor said: “I have said many times that this term of the SAR government is very much committed to promoting the welfare of the elderly people and the disadvantaged.”

According to John Tsang, the government will add another 160 day care places between now and 2017. It will also roll out “SilverBond” investment products targeted at Hong Kong residents above the age of 65. HK$2.9 billion will be allocated to a scheme aimed at assisting low income families. To assist people with disabilities, a recurrent provision of HK$180 million has been allocated to strengthen various residential care services, special transport services and community support services.

The most significant announcements include tax cuts and policies geared towards small and medium enterprises. Business registration fees for 2016-17 will be waived and the “SME Financing Guarantee Scheme” will have its application period for “special concessionary measures” extended until 28 February 2017.