Malasimbo Music and Arts Festival 2016: March 4 to 6
Headlining this year’s music instalment is the acclaimed UK musician Jacob Collier. Twenty-year-old Collier, who is set to launch his debut album this year, is hailed for his stunning ability to create “a digital one-man band using contemporary technology: multitrack recording, looping pedals, and a strange Vocoder-like program that enables him to sing audacious harmonies through a Novation keyboard,” says The Guardian of the UK.

Highly renowned GongMyoung of South Korea returns after five years to the Malasimbo stage to electrify the audience. Known for their harmonious mix of traditional Korean and Western percussion and wind instruments, they create crowd-stirring musical pieces guaranteed to leave you raring for an encore. 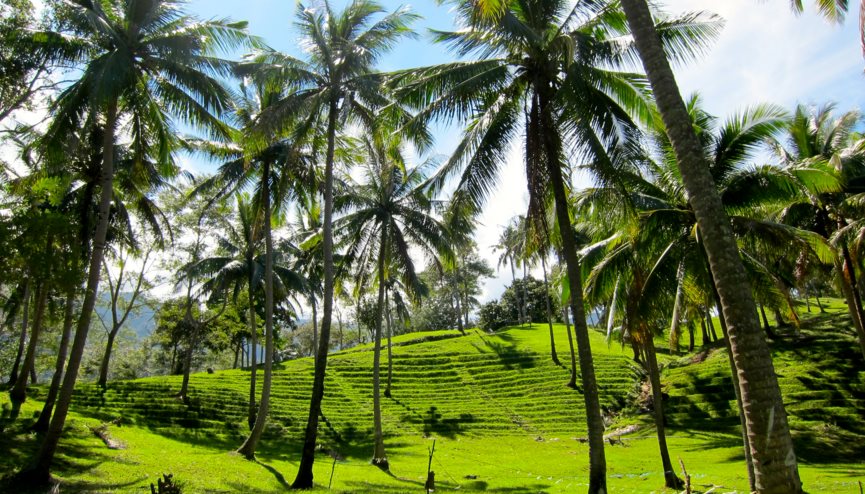 A beatboxer with a 16-piece orchestra? That’s definitely the musical treat and visual spectacle you’ll experience with “Thum Prints” a collaboration between Australia’s Tom Thum, whose voice captures a vast repertoire of sounds which he refers to as the “orchestra in my mouth,” and members of one of Asia’s oldest musical ensembles, the Manila Symphony Orchestra (MSO) under the guidance of Brisbane composer Gordon Hamilton.

Watch out for the Brat Pack, the only blues band from Asia to ever reach the finals of the prestigious International Blues Competition in Memphis, Tennessee. First-time performers on the Malasimbo stage are the well-loved Tacloban-based Beatles’ cover band Reo Brothers, and the talented classical-contemporary guitar trio Triple Fret, who won first prize in the 27th Guitar Ensemble Festival in Shinagawa, Tokyo last year. Lachlan Mitchell, one of Australia’s best composers and jazz guitarists will collaborate on musical numbers with local artists of the Malasimbo Collective. 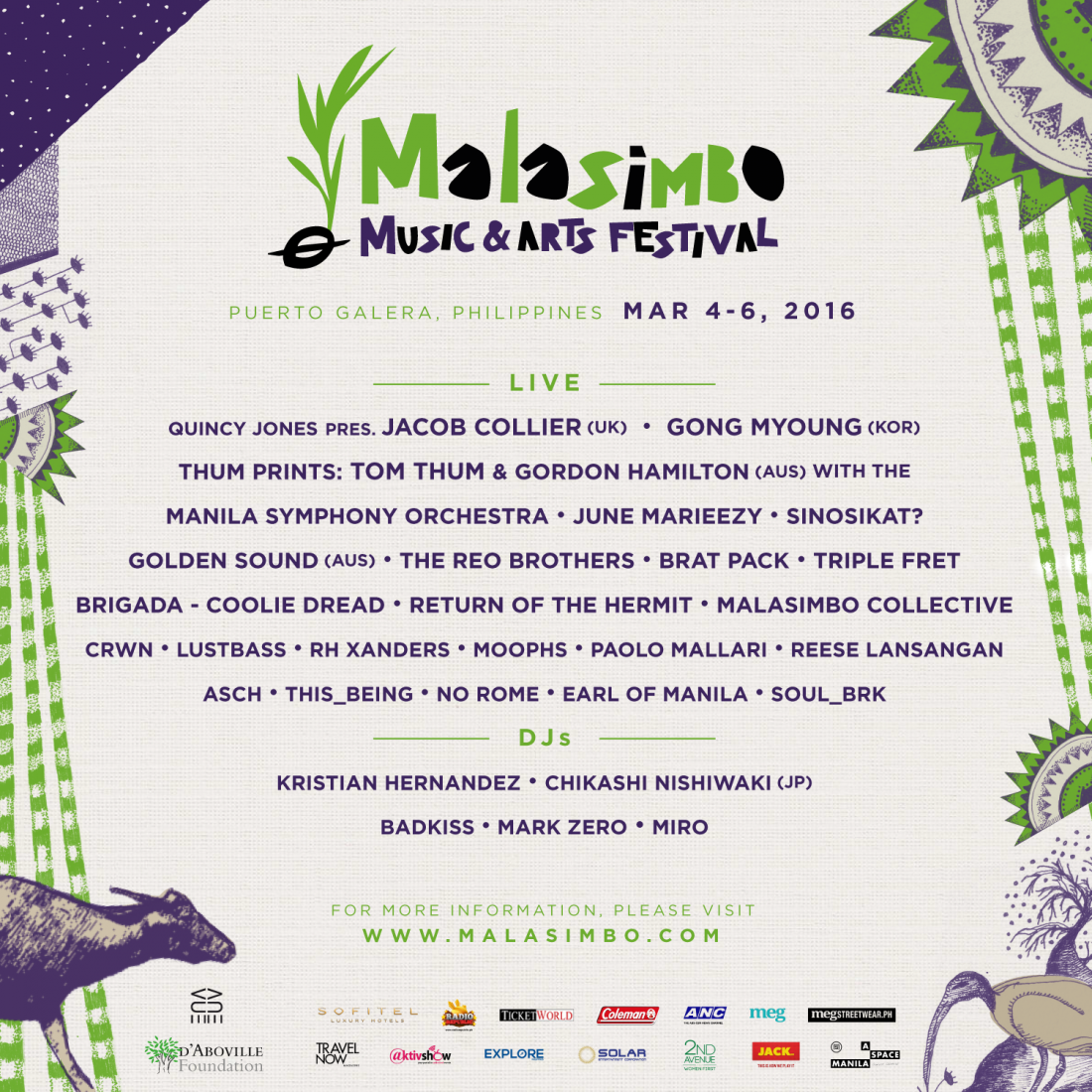 Malasimbo Lights and Dance Festival 2016: March 24 to 26
Malasimbo is fast becoming the solid platform for under-the-radar yet brilliant local performers to make their musical works known to an appreciative audience seeking an aural experience that’s out of the usual commercial box. Keep your ears open (and your minds) to the talents of Wolf Squared, Afro x Chrizo, Aries, Diamond Heights, and more to be announced.

Among the international DJs making their debut on the Malasimbo stage are English record producer Lapalux with his brilliant, eclectic mix of R&B and house, French hip hop beatmaker Onra, and house and techno DJ San Soda from Belgium. Returning to Malasimbo are British drum ’n’ bass guru Goldie, MBE; and Japanese hip hop DJ and turnatablist Kentaro. All are guaranteed to get dance aficionados in the groove.

The Malasimbo Music and Arts Festival is held from March 4 to 6; and the Malasimbo Lights and Dance Festival, on its second year, falls on March 24 to 26.