When the poaching of wildlife and trafficking in endangered animal products is mentioned in conversation, it is usually large, charismatic species like the rhino or the elephant which come to mind, and that’s understandable given the amount of media coverage they’ve had recently. With celebrities like Prince William and Chinese actress Li Bingbing calling for an end to the trade in ivory, it seems many animals who actually have it worse than the elephant are left hidden in their sizeable shadow.

The pangolin has been in dire straits for a while and yet very few people are aware of its existence. Pangolins are in danger of vanishing off the face of the earth before people have the chance to care. They are scaly anteaters and basically look like an artichoke with legs and a tail. Unfortunately it’s these scales that are the biggest reason why they’re currently the most heavily trafficked mammal in the world – yes, not the elephant or the rhino.

As is the case with most other incidents of wildlife trafficking, the demand lies in China, where according to the Customs and Excise Department, Hong Kong, a kilo of scales is valued at about HK$5000 (US$640). Many Chinese people believe that the scales have medicinal value and they cook them in a variety of ways, including in a boy’s urine, to cure ailments ranging from deafness to malarial fever, according to the journal Nature. The scales consist of keratin (the substance our nails and hair are made from) so unsurprisingly have not been proven to have any pharmacological effects. 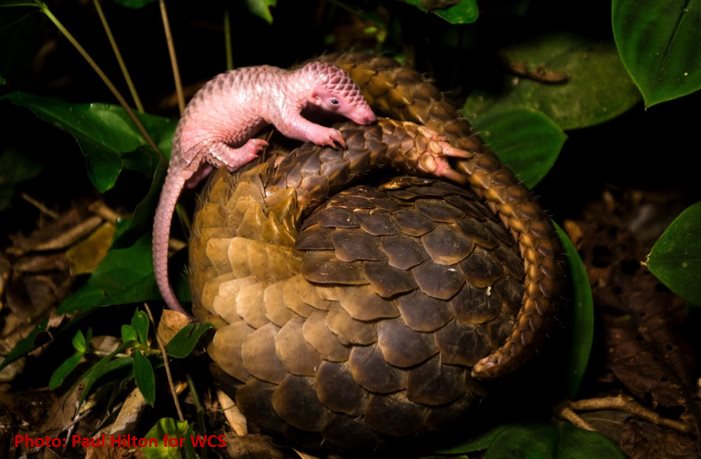 Pangolins are also an attractive food item in countries like Vietnam. There, it is not uncommon to see pangolin on the menu, but at a fairly hefty price of US$200/kg they are treated as a token of status and success, much like shark fins in China. With the rise of the middle class in Asia, demand will only continue to grow as more and more people are able to afford these symbols of wealth. Already this has been a serious problem, with over a million pangolins being taken from the wild over the last decade, according to the International Union for Conservation of Nature (IUCN).

This has caused a precipitous decline in the Asian populations of pangolin (of which there are four species), but as they have become increasingly scarce, poachers have been turning towards the four African species as an alternative. Unfortunately, although they are relatively difficult to find due to their nocturnal nature, they roll up into a ball when threatened and so are incredibly easy to capture. When caught they are usually bound up while in this ball in rice sacks or nets; a trauma that is so severe that many do not survive the journey to the black market.

Currently, all species of pangolin are listed on Appendix II of the Conservation for International Trade of Endangered Species (CITES), meaning they have heavy restrictions imposed on their trade, and they are on the IUCN list of endangered species. Despite this, the pangolin is literally being eaten out of existence, as now all eight species are at risk of extinction. Demand is so high that the illegal trade is valued at USD100-150 million, according to the United Nations Office on Drugs and Crime. Hong Kong, being a free port and a gateway to China, is a significant wildlife trafficking hub, and therefore inadvertently facilitates much of this trade. Hong Kong intercepted over two tonnes of scales in 2015 alone, which equates to roughly 935 pangolins. Customs estimates that it only intercepts about 10% of contraband, which, if true, would put the rough figure of pangolins trafficked through Hong Kong at over 9350. This isn’t even close to the amount smuggled over land from Vietnam into China.

Even though seizures do occur on the borders, very few trafficking cases are ever investigated, so the poachers, smugglers and everyone else involved in the operation get off scot-free. This often comes down to governments not recognizing wildlife trafficking as a serious crime, despite it being one of the largest transnational organized criminal activities alongside drug, arms and human trafficking. Until governments like Hong Kong’s start investigating smuggling cases as they would drug cases, there will be no decrease in the smuggling of animals like pangolins as seizures and fines are seen as an easily accommodated business cost. 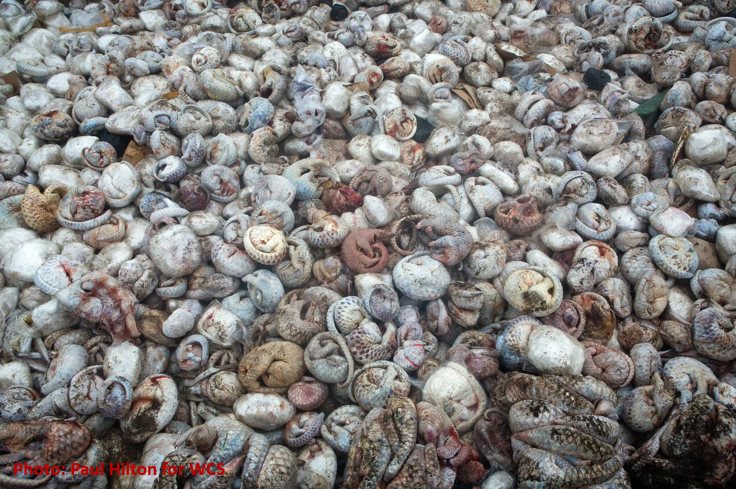 With their numbers rapidly dwindling, even with proper investigation pangolins don’t stand a chance while they remain unknown in the eyes of those capable of eliciting change. With World Pangolin Day (20 February) fast approaching, I encourage everyone to raise awareness of this species. If a big enough spotlight is put on these truly unique creatures, then maybe we can put a stop to this rampant poaching before it is too late.

SupportHK.org provides a platform for people from all walks of life to both sign and start their own petitions to address environmental problems in Hong Kong that affect us all. We bring people together to support each other, share ideas and ultimately change the system for the better.

Save the pangolin: The 'artichoke' on legs that needs our help to survive