The final two occupants of a 600-year-old walled village in Kowloon have decided to leave a day before its scheduled demolition.

Redevelopment plans for the Nga Tsin Wai Tsuen, the last walled village in Kowloon, were announced in 2007 by the Urban Renewal Authority (URA). But occupants have been reluctant to move out unless their flats and businesses can be relocated. Most residents have left the village, though owners of a barber shop and a store originally planned to stay and block Lands Department officials, should they arrive ahead of the demolition. However, the villagers relented as the URA can seek fines of up to HK$500,000 and six months of imprisonment should they refuse to leave.

“We can only reluctantly accept the current relocation plan and arrangement to restart our business,” a concern group helping the owners said in a statement. The owners would have to move to temporary flats owned by the URA. 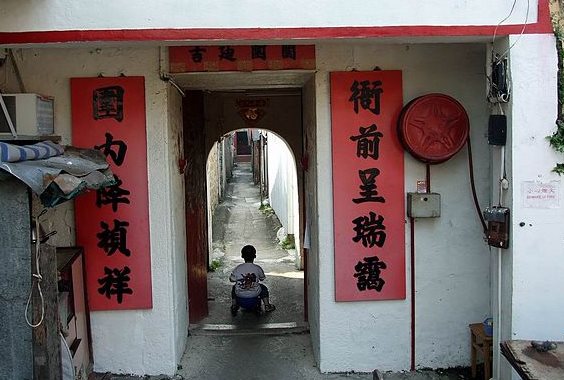 The Nga Tsin Wai Tsuen Redevelopment Concern Group criticised the Authority’s proposal for the owners to restart their businesses inside the redeveloped village, as rents would be high and – as previously, they owned the shops, thus would not have to pay. The group said it was also angry that the walled village would likely be redeveloped into expensive private housing flats and shops.

Walled villages are traditional groups of structures built by indigenous people who settled in the New Territories and Kowloon after the Song Dynasty. Many walled villages are literally surrounded by a walls as a defensive measure. Nga Tsin Wai Tsuen’s protective wall is the only one formed from the outer walls of the houses within it.

It is the last remaining village of the “Kowloon League of Seven”, a defensive union of seven villages formed to guard against pirates and bandits, according to a LegCo document citing the government’s Antiquities and Monuments Office.