Hong Kong remained in an icy grip on Sunday night as the city ground to a complete and total standstill. Schools, roads, the MTR, airport and all organs of government and enterprise came to a halt with temperatures sinking to lows of 3 degrees Celsius. 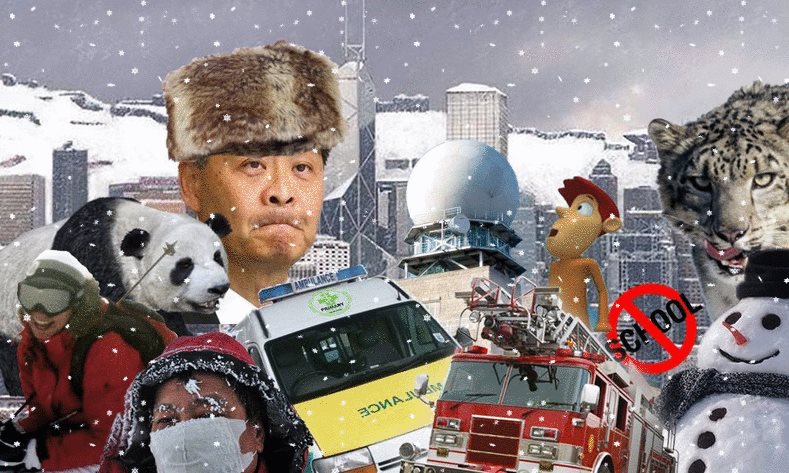 “#PrayForHongKong” was trending on Twitter as leaders across the region urged citizens to donate fan heaters and insulation to bewildered Hong Kongers.

Many took respite in the city’s malls and cinemas which, during winter, remain air-conditioned to a relatively toasty 10 degrees Celsius. 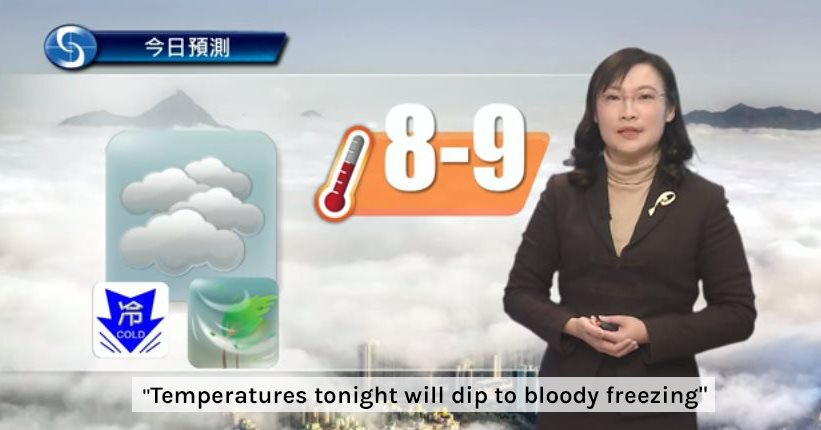 “Frost tourists” were hospitalised after the Observatory issued a “purple polka dot” weather warning. Across the city, workers were preparing to pretend they can’t get to work tomorrow as the treacherous conditions provided a convenient excuse.

Alex Wu, who was being treated for hypothermia at Queen Elizabeth Hospital, told HongWrong: “It’s 3 celcius… but, with wind-chill factor, I’d say it’s about -40.” His comments came after some groups called for an urgent clampdown on Hong Kongers claiming on Facebook that the lack of central heating in the city made matters worse.

Not all were perturbed by the cold snap. Canadians across the city have been patronising colleagues on Whatsapp with tales of communities being buried for weeks in metres of snow, forcing residents to drink their own urine whilst fending off rabid polar bears. 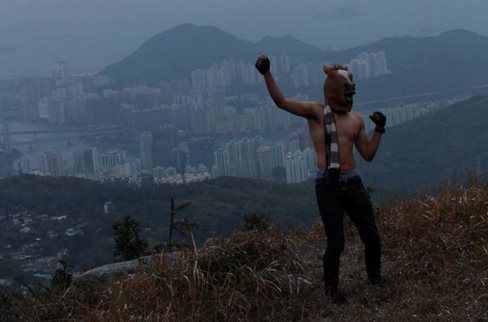 Over in Admiralty, temperatures were so low that Hong Kong politicians actually had their hands in their own pockets.

And at the heart of the Polar Vortex in Causeway Bay, South China Morning Post editors complained of a severe synonym shortage.

“We’ve used ‘arctic’, ‘brisk’, ‘brumal, ‘crisp’, ‘fresh’, ‘gelid’, ‘glacial’, ‘hyperborean’, ‘inclement’ and ‘polar’ in headlines,” one online editor told HongWrong. “We may have to resort to ‘frigid’ and ‘penetrating’ by tomorrow if we’re to sustain these traffic levels.” Reporters have since been ordered to put a freeze on hyperbolic weather-related puns until Tuesday.

At an emergency meeting at the legislature, Raymond Wong Yuk-man blamed Beijing for the “climatic mainlandisation” of Hong Kong, calling the cold snap “yet another instance of meteorological encroachment” upon the territory by the Communist Party. 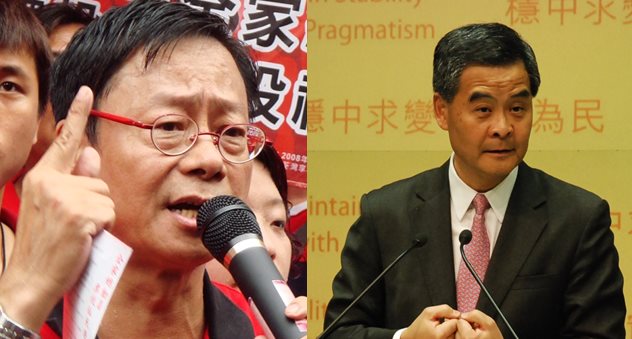 Wong received a frosty reception from Chief Executive Leung Chun-ying who claimed the drop in mercury was caused by the the pro-democracy Occupy movement of 2014. When asked to comment on the government’s preparedness for the wintery conditions, Leung dismissively told reporters: “Belt and road.”