By Achlys Xi, Karen Yu and Zoe So

At the Wing Shun meat stall in Sheung Shui’s San Cheung Street, Tao Kai-ching is chopping meat and chatting to neighbouring stall-holders. The stall has been here for 20 years and customers keep coming back for the freshness and taste of the pork.

Tao is not just a butcher, he is one of a dying breed. He is a local pig farmer and has been raising pigs on his farm in Ta Kwu Ling for more than 30 years.

“I have a conscience, I emphasise food safety and I want to benefit my customers,” he says.

Most fresh meat and poultry sold in Hong Kong comes from the Mainland and in recent years, reports about Mainland food safety scares have made consumers more vigilant about the safety and origin of their food. Opting for locally produced meat may seem to be an attractive alternative, but is impractical due to the decimation of the local livestock industry.

After an outbreak of avian influenza in 1997, the government introduced a licensing scheme to restrict the number of chicken farms in Hong Kong. There were other measures to follow. To improve public health and reduce environmental pollution, authorities launched a voluntary licence surrender scheme for pig farms in 2007 and a buy-out scheme for poultry farms in 2004 and 2008. Compared to the 1990s, Hong Kong now has 80 per cent fewer livestock farms. There are 43 pig farms and 29 chicken farms left.

“I always believe you can eradicate an industry in just a minute…but if you want to revive it, you need more than a decade,” says 64-year-old Wong Yun-kan, who is the former legislative councillor for the Agriculture and Fisheries functional constituency. Wong says he thinks the government would like to close all the farms.

He recalls that most of the pig farms in Tin Shui Wai were shut down after continuous complaints from residents in nearby residential areas about odour pollution. Wong says he recommended the government to improve waste discharge systems and cleaning facilities to reduce environment pollution caused by pig waste but that his calls fell on deaf ears. Lee says the role of the AFCD is just to regulate the industry and collect licence fees. The farmers have to rely on themselves for the purchase of pollutant facilities and vaccines. He adds that whenever animals get sick, the government asks farmers to give up rearing pigs. Therefore, they resort to treating the animals themselves based on their previous experience because there are not enough local veterinary services for livestock.

Local chicken farmers face the same challenge. Most of them try to work out how to treat sick birds by dissecting dead ones and comparing what they find with photos in veterinary literature. If they cannot identify the problem, they seek advice from the only consulting vet with the New Territories Chicken Breeders Association.

They rarely seek help from the government because that would automatically lead to their farms being shut down for quarantine inspection for 10 days.

The local vets are not only limited in number, there are also questions about their expertise in treating livestock. “Frankly speaking, in Hong Kong, vets only know how to cure dogs and cats, not chickens and pigs,” says 66-year-old animal nutritionist Kwok Ming-cheung. “If it [a chicken] needs treatment, I am the vet.”

However, Kwok says the government rarely accepts farmers’ insights and suggestions, making decisions based on their own professionals’ opinions instead. In the Hong Kong system, this often means doctors instead of vets.

Dr Howard Wong Kai-hay, the former chief vet in the AFCD and the present executive director of the School of Veterinary Medicine at the City University of Hong Kong, describes the situation as being “industry outsiders leading the industry insiders.”

Wong explains that in many countries, such as the United States, Britain and China, vets are in charge of food safety at a very high level. This is because many food products are related to the livestock industry, even items such as instant noodles which contain eggs.

Wong says vets have a rich knowledge of food production and feeding processes and so are essential to ensuring food safety. “If you eat sick animals, it’s not good. Which professional looks after sick animals, the vet or the doctor? Of course the vet,” he says.

Yet in Hong Kong, there are only 30 government vets overseeing a wide range of affairs, including food safety, livestock regulation and animal welfare. More importantly, none of them are in the most senior posts which are always occupied by doctors. Wong says this affects food safety and the management of disease outbreaks in local poultry farms. “It makes it difficult to get the right advice at the right time,” he says.

Despite the problems the local livestock industry faces, some people believe the industry has its own advantages which can help it to survive. The AFCD says the local livestock supply alone cannot meet market demand, so Hong Kong must also rely on supplies from the Mainland. But as Hongkongers become more health and safety conscious, the quality of meat from the Mainland has become a big concern.

“Although the [livestock] regulation in China is the same as in Hong Kong, its enforcement isn’t as strict,” says 63-year-old Lee Leung-kei, who owns Wing Ming Chicken Farm in Yuen Long. Lee says many consumers are concerned about poor food safety in the Mainland, pointing to food scares such as the Sanlu milk powder scandal and the outbreak of avian influenza in Mainland farms last year.

“Most citizens are confident about purchasing local meats,” says Lee. “Local markets usually indicate clearly the origin of their livestock, which shows that people are wary about buying meat imported from China.”

Meanwhile, butcher and pig farmer Tao Kai-ching of Wing Shun Farm says local pork is safer. He says he rejects the use of drugs and chemicals to change his pigs’ physique, a practice he says some Mainland farmers adopt.

There is some optimism in the industry prompted by the trend in many countries to eat locally grown and produced food that has not travelled over long distances or time. This, together with Hong Kong consumers’ growing preference for eating better gives Wing Ming Chicken farm’s Lee Leung-kei and other farmers reasons to be positive. 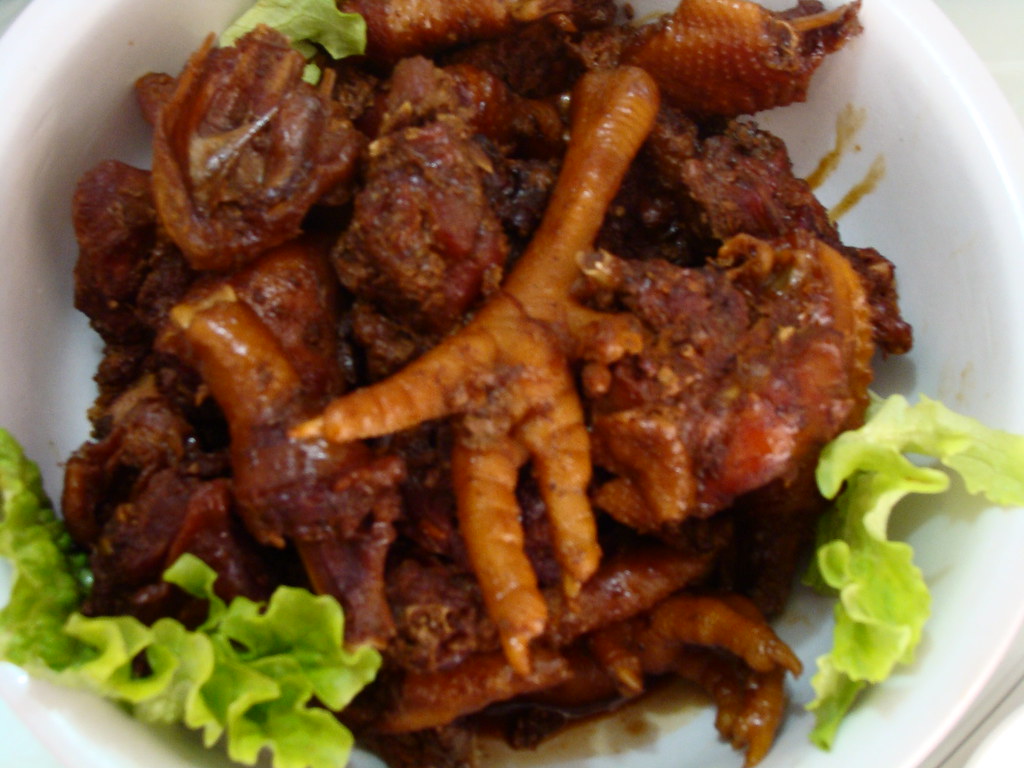 The Kamei chicken, introduced to the market in 2001, is a success story that shows how the local livestock industry can produce better quality meat. Before the programme began to develop a new breed of chicken, market research was conducted that found Hong Kong people had shifted their preference from fatty chicken to leaner chicken as they started to pursue a healthy diet. The farms used natural animal feed free from artificial colouring, hormones, antibiotics or other additives. Although Kamei chickens cost more than imported birds, they are popular with consumers.

Former legislative councillor Wong Yung-kan thinks more primary and secondary industries should be protected to avoid the homogenisation of the city. Hong Kong’s economy is mainly supported by tertiary industries, but there may be a crisis if this giant pillar collapses. “How can we make a living once the service industry shuts down? The city has neither factories nor agriculture, we have nothing,” he says.

The Hong Kong livestock industry has kept up a good record of preventing avian influenza since 2003 and local meat seems increasingly popular with citizens, but the future of local livestock farms remains uncertain without government assistance and a proper veterinary system. “Is it possible to have new and different thoughts on our local [livestock] industry? We should all think about it, especially the new generation,” says Wong.

More stories from Varsity are available on their website.