More than 130 attorneys and legal staff were summoned in July for questioning in what campaigners call the fiercest attempt yet to silence activists attempting to redress injustices in China’s tightly controlled courts.

Wang Yu, of Beijing’s Fengrui law firm which is at the centre of the crackdown, has been formally arrested on suspicion of “state subversion”, which carries a maximum sentence of life in jail, her lawyer Li Yuhan told AFP. It is the first time the couple’s family have been notified of their whereabouts, more than six months after they were detained.

Their son, Bao Zhuoxuan, 16 is also being held under a form of house arrest, friends say. The teenager was nabbed in October after crossing overland to neighbouring Myanmar, according to state-run media. 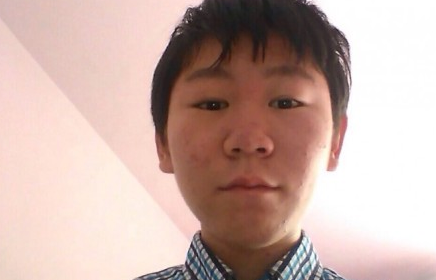 Over the past decade a small group of a few hundred Chinese lawyers attempted to use the court system to seek redress — sometimes successfully — for what they considered egregious rights violations.

They include victims of forced home demolitions, illegal “black jails”, dissidents jailed for their writing, and others detained for practising their religious faith.

State media — which in the past sometimes praised rights lawyers’ efforts — have called the attorneys a “criminal gang” who created public disorder by organising protests outside courthouses to illegally sway verdicts.

China’s ruling Communist Party does not tolerate organised dissent and has tightened controls on civil society under the leadership of President Xi Jinping. State television has previously broadcast footage of her in court raising her voice to remonstrate with officials, and quoted a court staffer as saying her behaviour had “not showed legal spirit”.

It has also shown Wang and her husband breaking down in tears on hearing the news of their son’s capture.

The arrests of seven other lawyers and their staff on “subversion related charges” were confirmed to AFP on Tuesday.

They include the founder of Fengrui Zhou Shifeng, and 24-year-old legal assistant Zhao Wei.

“She pursued democracy, fairness and justice. She absolutely posed no threat to the state or the people’s interests,” her mother Zheng Ruixia told AFP Wednesday.

“It’s thought crime. It’s because she had certain thoughts, and the authorities want to attack those thoughts.”

China said on Wednesday that it has detained on suspicion of “endangering state security” a Swedish man who aided human rights lawyers.