Chinese workers will enjoy an average pay rise of 8 percent in 2016, according to the Korn Ferry Hay Group forecast.

“[D]espite China’s economic slowdown, coupled with plummeting stock markets and reduced exports, workers in the country are set to see an 8 percent salary increase in 2016 as employment rates continue to grow due to the increasing need for skilled workers and the sustained rise of the burgeoning middle class,” the report said. 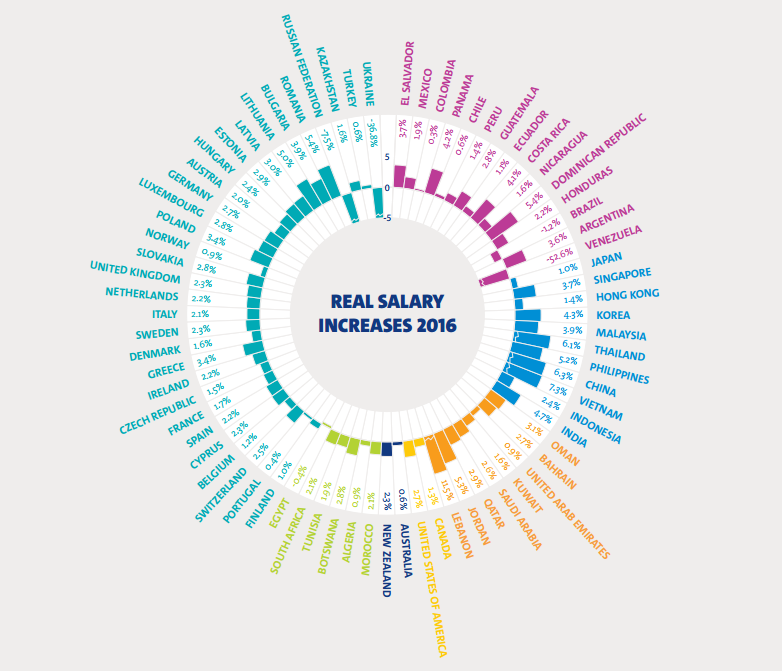 According to the forecast, Hong Kong workers are set to see a 4.5 percent pay rise and a 1.4 percent real wage increase in 2016.

Korn Ferry is a people and organisational advisory firm based in Los Angeles. The study drew data from Hay Group PayNet containing data from more than 20 million job holders around the world.