Before 19-year-old Chloe Wong* entered a university in Hong Kong as a freshman, she was vulnerable and stressed after a messy breakup. She enrolled for a course taught by a “short, burly, hairy” man who also happened to be her academic advisor, requiring her to spend time with him regularly.

In class, the professor would often call upon her to read aloud, casually touch her shoulder and at times, look at her while teaching and stare at her legs. After Chloe’s first advising meeting with the professor in his office, he asked her for a kiss on the cheek, saying it was customary in his culture to kiss goodbye. At the time, Chloe agreed. “I didn’t want to be culturally insensitive and I wasn’t in the right state of mind. I was so disgusted by it but let it happen anyway,” she said. 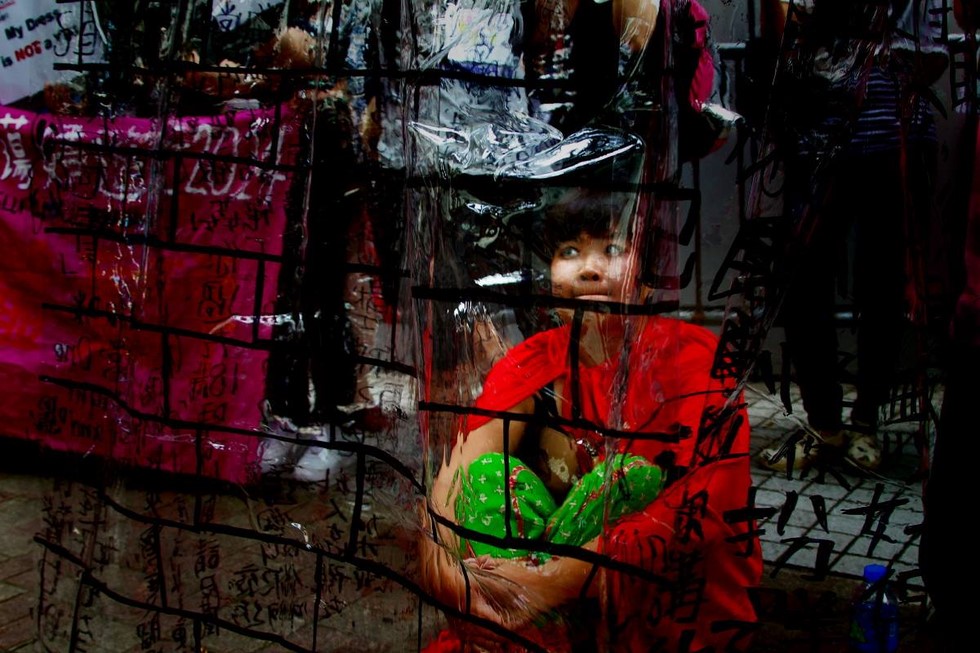 Towards the end of the semester, she had to visit his office to hand in her final assignment. When she knocked and entered, there was music playing inside and he looked surprised to see her. He then hugged her tight and started grabbing her chin and cheek, trying to kiss her. He licked her ear and her earring fell out. As she tried to push him away, he sat down, pulled her onto his lap and held her down by her hips. “How are you doing?” he asked.

Chloe finally managed to extricate herself from his grip, ignoring the professor as he pleaded with her to stay. She walked out of his office, went home, took a shower and tried to process what had just happened.

When a student enters university, adjustments are commonplace. Sometimes, in addition to making new friends and gaining that “freshman 15”, sexual harassment can also be an aspect of university life.

Cases of hazing, heavy drinking, degrading initiation activities and rape culture at American university campuses have been in the limelight for a while. In the UK there is widespread concern about the development of a “lad culture” that involves hypermasculinity, misogyny and the general idea that sexual harassment and rape are a bit of a joke. Laddism even had an online magazine called UniLad, which carried stories that condoned rape before it was taken down. In the light of these figures it is difficult to believe that Hong Kong has no problem on a similar scale. But some experts believe that the culture of Hong Kong’s universities is somehow different, so sexual harassment is not as prevalent here.

According to Wendy Lin, officer at the University of Hong Kong’s Equal Opportunity Unit (EOU) that handles complaints of discrimination and harassment, this difference might arise from the predominance of “Chinese culture” in Hong Kong. “As most of the students come from Chinese families which are still influenced by Confucian values, drinking and rape culture is not that much of a problem on campus,” she told HKFP in an email.

A 2013 study by the government’s Equal Opportunities Commission (EOC) found that a staggering 50% of primary, secondary and tertiary students in Hong Kong had faced some form of sexual harassment in the past year.

The study further revealed that over half of those harassed (58%) chose to remain silent about the issue. This indicates an underlying culture of silence, under-reporting and even quiet acceptance of sexual harassment, which often occurs because of the shame or stigma involved when the perpetrator is known to the victim and is, for instance, a teacher, friend or fellow student. The fear of victim blaming or slut shaming can also be a cause of under-reporting. According to Kitty Lam, senior policy and research officer at the EOC, under-reporting occurs due to the fear of retaliation and the absence of a mechanism to deal effectively and sensitively with sexual harassment.

“Some students noted that teachers may be too inexperienced or embarrassed to deal with the issue effectively. Others felt that nothing will change, because harassment behaviour is part of the campus culture,” she told HKFP in an email.

The data on the complaints received regarding sexual harassment in the education sector provide further insight on the issue of under-reporting. In spite of the seemingly high incidence of sexual harassment, the EOC has recorded only single-digit figures in such complaints since 2011, while HKU’s EOU receives enquiries and complaints ranging from single digit to about 30 cases annually.

After the incident, Chloe fell into depression. She told her closest friends but did not know which authority to approach. She finally confided in another professor she trusted, breaking down. At her advice, Chloe wrote to the department in her university that handles complaints of sexual harassment, detailing the incident.

She soon received a call from an official from the department enquiring about the incident and how she felt. The official told her the university believed in mediation. “They wanted me to talk it out like therapy. No one wants to sit in a room with someone who sexually harassed them,” said Chloe, appalled. The official was kind to her but she was politely informed to not contact her after a certain date as she would be busy with other commitments.

In order to change her academic advisor, Chloe had to deal with much bureaucratic red tape surrounding her faculty. She informed her faculty about the incident as well. However, the professor continues to teach at the university.

Even though lad culture or rape culture may not be as prominent in Hong Kong universities as it is abroad, hazing and initiation into student societies remains highly problematic. “Some orientation camps for university freshmen have been criticised in that the games and programmes may constitute sexual harassment,” said Lam.

“In recent years, we became aware of a couple of inappropriate orientation activities that were highly sexualised,” said Puja Kapai, associate professor of law and equal opportunity advisor at HKU.

According to Kapai, there have been instances of sexually charged behaviour during mass orientation programs such as faculty level orientation activities. Field trips, late evening engagements and halls of residence also sometimes result in the greying of boundaries where colleagues, students, and neighbours take advantage of the opportunities for sexual harassment in a less formalised setting.

The case of Yuen Sha Sha v Tse Chi Pan in 1999 was one example of sexual harassment in a residential hall of a university. The plaintiff discovered that the defendant had secretly placed a camcorder inside her room which captured scenes of her changing clothes as well as her thighs, waist, face and chest. A poster for a training program for tertiary students on sexual harassment by the Equal Opportunities Commission. Photo: EOC.

Alegre recalled a time when it was reported to her that a transgender (male to female) student of medicine at HKU was not allowed to join a voluntary medical mission unless she cut her long hair. The student felt that this was a form of sexual discrimination.

One way to address the issue of under-reporting of sexual harassments by students and to strengthen the confidence of students in the system dealing with the problem is to make the figures on complaints publicly available; victims of sexual harassment will be encouraged to report when they can see positive outcomes for others in similar situations. Counselling for victims who show symptoms of depression and post-traumatic stress disorder (PTSD) can also go a long way in encouraging and supporting victims.

“We should know that there have been ‘x’ complaints received of which ‘y’ have been dealt with, and as a result, ‘z’ cases have resulted in disciplinary action or dismissal. We need to build a solid system that can make victims feel confident that these complaints are taken seriously and we are not quite there yet. Confidentiality is important but transparency is also important,” said Kapai.

Chloe faced a mixture of anxiety, panic and depression for two weeks and continued to show such symptoms for more than a year after the incident. She was aware of a mental health counselling service at her university but wasn’t sure if her experience with sexual harassment fell into the category. She blames herself a little bit, telling herself “how could you have been so stupid?”. During her following years in university, she avoided drinking and had trouble trusting people. “I didn’t date throughout college either,” she said. “Seemed like it was… tainted.”

*Name changed at the request of the victim.