The Xieng Khouang province is home to more than 2,000 stone jars that are believed to be 2,000 years old. Most scholars think the jars are mortuary urns left behind by an unknown civilization. The archaeological site is relevant and unique in Southeast Asia, but it remains mostly unexplored because it is littered with unexploded deadly bombs dropped by the Americans during the Vietnam War era. 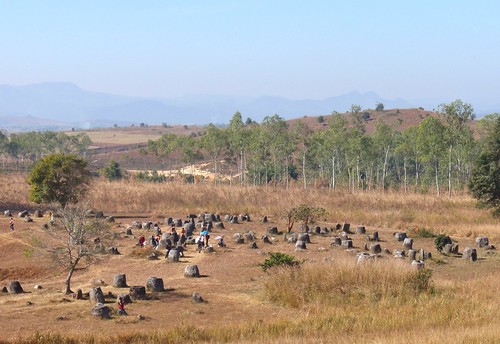 Some parts of the Plain of Jars open to the public. Photo: John Pavelka.

Laos, a neighbor of Vietnam, became the most heavily bombed country in the world during the Vietnam War. An estimated 2 million bombs were dropped on Laos between 1964 to 1973, but about 30 percent failed to detonate. These unexploded bombs continue to injure and kill Laotian farmers today.

The Plain of Jars is among the many provinces in Laos littered with landmines and bombs, preventing archaeologists from studying the mysterious artifacts. 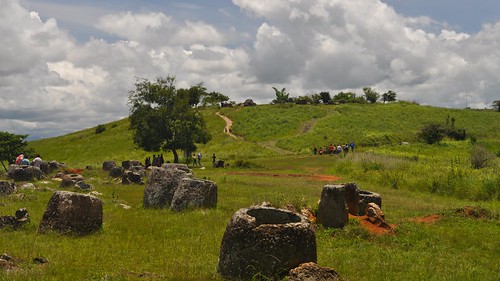 The Southeast Asian Archaeology Newsblog explains the importance of the jars and why scientists are unable to conduct a deeper investigation of the archaeological site:

“The mysterious plain of jars in Northeastern Laos is still one of the biggest uninvestigated archaeological sites in Southeast Asia – largely uninvestigated because of the huge amount of cluster bombs dropped there by US forces 40 years ago. From what little that has been investigated, it seems that the jars were places of transition in the funerary rite where bodies were left to decompose before going through a final burial.” 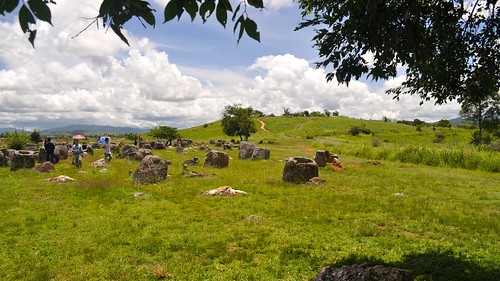 The mysterious Plain of Jars in Northeastern Laos is still one of the biggest uninvestigated archaeological sites in Southeast Asia. Photo: David McKelvey.

Now, however, thanks to advances in technology, drones can bring us aerial footage of a landscape made too dangerous for people. This three-minute video gives a glimpse of Laos’ enigmatic archaeological site. The video also shows several bomb craters and trenches – sad relics from the Vietnam War:

Hopefully, this will create more awareness about the jars and lead to better conservation efforts. As scholar Lia Genovese noted, there are several challenges facing efforts to preserve the jars. “…conservation efforts are being largely hampered by other factors, such as rapid urbanization, farming activities, looting and neglect,” Genovese said.