Beijing is casting itself as the peacemaker in this weekend’s historic summit with Taiwan, but experts say it is at least partly aiming to draw attention away from its aggressive expansionism in the South China Sea.

Cross-strait relations have improved dramatically since Ma Ying-jeou’s election as Taiwanese president in 2008, with the launch of direct flights, trade deals and a tourism boom that have smoothed ties between the once bitter rivals. But as it has pursued reconciliation with Taipei, Beijing has adopted a more aggressive posture towards its other maritime neighbours, heightening tensions over territorial disputes with everyone from historical enemy Japan to its fellow Communist country Vietnam.

Chinese state media on Thursday hailed this weekend’s meeting between President Xi Jinping and Ma as a momentous step, the most important since 1974, when Mao Zedong met US President Richard Nixon in Beijing.

“Applause will be heard globally for the victory of peace and rationality,” said the Global Times, a newspaper with close ties to the Communist party, in a rhapsodic editorial.

The “historic, milestone” meeting is “only about securing peace and affirming mutual goodwill”, the government-published China Daily newspaper said.

But the rhetoric belies accusations that Xi is attempting to militarise China’s periphery. Tensions have run high in recent months over Beijing’s construction of artificial islands in the South China Sea, a critical region whose sea lanes host one third of the world’s petroleum traffic, with the US saying they potentially threaten freedom of navigation.

The summit may be intended “to divert international attention away from the South China Sea tension and show the peace-loving side of China to the world,” said Titus Chen of the Institute of China and Asia-Pacific Studies at Taiwan’s National Sun Yat-sen University.

It is meant “to show the world — maritime neighbours and (the) US in particular — that Xi is still in control, and can be pro-active, amid regional security concerns”, he told AFP.

Taiwan split from the mainland when the Nationalists fled there in 1949, defeated by Mao’s Communist forces in China’s civil war.

Decades of hostility followed as the self-ruled island forged its own identity and developed into a democracy, while Beijing insisted it was still part of its territory, to be reunited by force if necessary.

With this latest peace gesture “Beijing is trying to reassure the region that it is dedicated to stability and willing to sit down and talk”, said J. Michael Cole, a Taipei-based academic with the University of Nottingham’s China Policy Institute.

And to do so “even with a Taiwanese leader whom it has been unwilling to meet over the (last) seven years.” 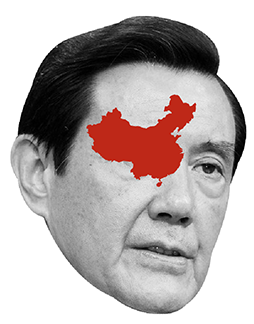 But if that is Xi’s intention, the plan could backfire, according to political analyst Willy Lam of the Chinese University of Hong Kong.

By suggesting he is ready to extend an olive branch, “Xi Jinping also risks raising the bar of expectations”, he said.

Beijing has long threatened to use overwhelming force to prevent any bid for formal independence by Taipei, which exists under the aegis of US military power.

It has prepared to make good on its threats with regular, ostentatious military exercises and an estimated 1,600 missiles aimed at the “renegade province”.

“People in Taiwan might be asking,” Lam said, “if Beijing is really sincere about sending a message of peace, then remove the missiles and stop these war games.”

They are likely to be waiting a long time, he said.

“The carrot and stick approach is the hallmark of Beijing’s approach to Taiwan,” he said.

“They will not withhold the stick.”