Lesbian, Gay, Bisexual and Transgender (LGBT) persons in Hong Kong continue to face alarming levels of discrimination and harassment in society. There is no legislation that prohibits discrimination on the basis of sexual orientation or gender identity (SOGI). The Government continues to ignore recommendations from United Nation treaty bodies and numerous civil society groups for legislation to protect LGBT persons in Hong Kong. A study conducted by the Women Coalition of HKSAR in 2010 found that 53% of LGBT participants had experienced discrimination. This was an increase from a previous study conducted in 2005 in which the percentage was 39%. Research by the University of Hong Kong Public Opinion Programme found that 79% of the Hong Kong working population think that LGBT individuals face discrimination or negative treatment. 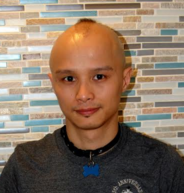 The demand for sexual orientation discrimination (SOD) legislation has escalated in the past few years. Over 8,900 people marched on 8th November, 2014 in support of anti-discrimination legislation for LGBT people. A Survey conducted by the Equal Opportunities Commission in 2012 found that 60% of the public support SOD legislation.

Even though the majority of the public as well as the majority of the representatives in the Legislative Council are in support of SOD legislation, the government continues to resist proposing the legislation. Structurally Hong Kong is not a democracy, and legislation can only be proposed by the government. We urge the local as well as the international community to send clear messages and to the Hong Kong Government to end sexual orientation discrimination and rise to the standard expected for being an international city.

Rainbow Action is one of the most active local activist groups fighting for human rights for sexual minorities in Hong Kong.

Act like an international city and end sexual orientation discrimination