A few months after Hong Kong’s Occupy-Umbrella activists vacated the streets, a leading newspaper launched a long series of interviews called “Moving Forward”. A range of respectable, mature, non-poor, mostly male figures offered a wide variety of views about how young people should stop complaining, enjoy living in micro-flats, grasp the opportunities of ‘One Belt, One Road’, and shut up. Sadly, space limitations did not permit the final interview to appear. But we are delighted to publish it here… 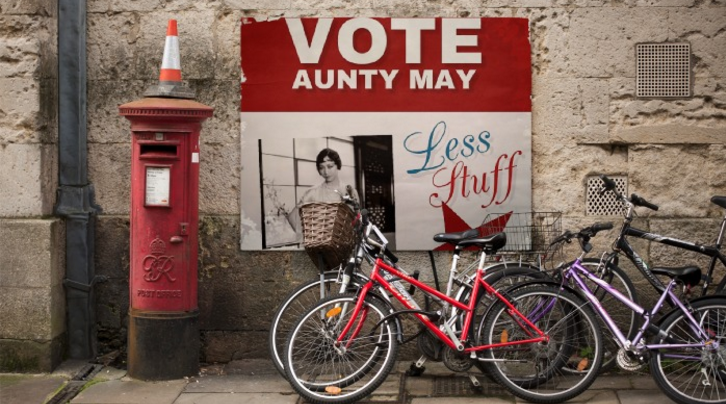 Don’t think out of the box – throw the box out, says Aunty May

Aunty May is the self-described “radical but realistic” founder of the Less Stuff Party, a group claiming to offer a quick, simple and obvious approach to get Hong Kong out of its malaise. She tells our reporter about its no-fuss plans for “lower rents and less crowding”.

Aunty May, tell us what made you start the Less Stuff Party?

I live in a 600 square foot apartment in City One Shatin. Over the years, I accumulated an enormous fake-leather sofa, a piano, a huge dog, a giant TV, and a Mainland student lodger who was behind on the rent. I felt squeezed out of my own home. Then I read the Japanese space-saving guru Marie Kondo, and I threw out everything that did not ‘spark joy’. I kept just a few small comfortable pieces of furniture and useful household items, books and music, and silence and space – and much higher quality of life.

And you think Hong Kong could learn from this?

First, where do you think Hong Kong has gone wrong?

Under CH Tung, Donald Tsang and CY Leung, the Hong Kong government just looked after narrow interests – essentially landlords and developers. These chief executives said they wanted growth, development and job creation, but instead they squeezed ordinary people out. They pushed up property prices and living costs. They reduced the diversity of businesses and opportunities. And they wasted resources on cronies and pointless infrastructure projects.

[Aunty May’s press assistant hands over a chart.] Look at the numbers. While statistical GDP has risen in the last 15 years, most of the population has seen little or no improvement in purchasing power or quality of life. Indeed, growing discontent over livelihood issues suggests that many people, especially the young, feel the city no longer offers them a future.

The Less Stuff Party aims to turn the failed tycoon-bureaucrat style of government on its head. So you are anti-business, or anti-wealth?

No – we in the LSP believe that tycoon-bureaucrat policies actually make most people poorer. Take the private residential property market: it’s a scam that fleeces the middle class as they devote over a decade’s household earnings to paying off the mortgage. Even for people like me, who bought back in the old days, our gain in wealth is tied up in a non-liquid asset. For the young, a home is an impossible dream.

It’s not just housing. The tycoons dominate tourism, retail and other sectors of the domestic economy in ways that are also parasitical, simply transferring rather than creating wealth and opportunity.

The LSP’s solution is to take the opposite approach: policies deliberately designed to bring about cheaper housing, lower rents and less crowding. 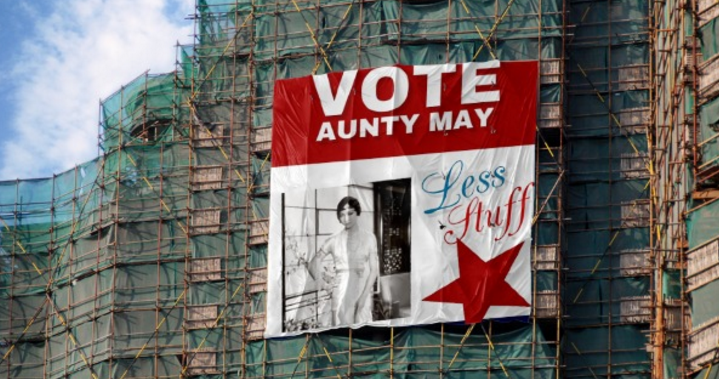 Isn’t that what the current CY Leung administration is trying to do?

Well, he reluctantly admits that high housing prices and overcrowding are damaging people’s livelihoods. But his officials see the problem as a shortage of space. They propose to solve this through grand long-term plans to increase space, such as offshore reclamation, destruction of country parks or expanding into subterranean caverns.

We want to get straight to the heart of the problem – chuck out all the stuff we don’t need. Now.

What would an LSP administration do in office?

We are warning all Hong Kong people right now that an LSP government will not prop up property prices. We’re saying to them: “If you think a flat in the New Territories is worth HK$10,000 a square foot, you’re an idiot – it’s a concrete box. Not worth half that.”

We will adopt stringent “counter-tourism” measures. We will suspend the Individual Visit Scheme and other unlimited access for Mainland shoppers. We will impose a 50% sales tax on all luxury goods, to reduce the number of designer label/gold/cosmetic retail outlets back to mid-2000s levels. We will close and reclaim Disneyland and the Kai Tak Cruise Terminal, and scrap planned convention centres and other land-hungry facilities designed to attract visitors we don’t need. And abolish the HK Tourism Board and Tourism Commission. 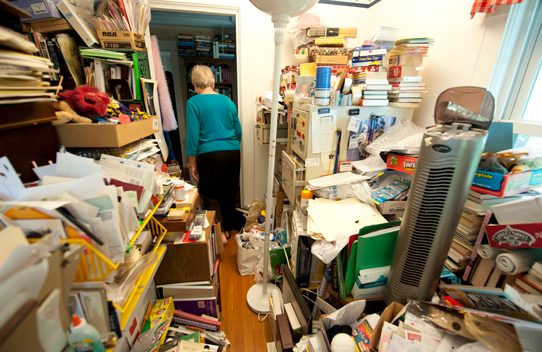 Wouldn’t this cause tremendous disruption, loss of wealth and job losses?

It would hurt landlords and developers – we don’t expect them to vote for us. Older home-owners, like me, would experience a loss of paper wealth, but enjoy lower prices for day-to-day things. Some recent home-buyers could experience negative equity, but that’s their lookout. [She shrugs.] Shop rents and retail prices will come down. Entrepreneurs will have more affordable space. And there will be less crowding everywhere. Most people will be richer in material and non-material terms.

Does the “less stuff” philosophy apply in other policy areas?

Definitely! For example, the way we allocate space on the streets. At the moment, officials say we don’t have enough room for spacious sidewalks, cycle lanes, dai pai dongs, old-style hawkers, outdoor seating, and so on. But remove illegal parking – indeed, remove all or most vehicles in downtown streets during daytime – and it all becomes possible. And of course, you have cleaner air, less noise, less stress.

Also, we would put a moratorium on redevelopment in urban areas, at least until pollution and traffic issues are solved. Everywhere buildings are being torn down to make way for even bigger ones – we need to accept that the downtown areas are full.

We would scrap pointless infrastructure development. We need smaller things like elderly homes and play grounds, not vast white elephants. We would scrap official bodies trying to do more stuff or attract more stuff, like the Technology Bureau and Invest HK. And we would abolish any mention of the word ‘hub’.

So what sort of economic activities will exist in Hong Kong if tourism and real estate shrink?

All the things we can’t do at the moment because – as we’re constantly reminded – there’s not enough space. Less stuff means more space. More space means more opportunities.

[As Aunty May sips from her third glass of oolong, Mr E. Nuff, chair of the LSP’s English-speaking chapter enters the room. He looks around, mutters something about how the place is getting cluttered, and bundles the reporter out of the room.]

The toothpaste section of the author’s bathroom yesterday.

Watching the sun set, little by little, on Asia's greatest city – with a dash of Hemlock.