Australia said Thursday it would continue scheduled live-fire naval exercises with China, even after close ally the United States sent a warship into disputed South China Sea waters this week.

On Tuesday, Washington sent its USS Lassen destroyer within 12 nautical miles of small artificial islands in the South China Sea claimed by Beijing and vowed to send more, sparking fury in China. The disputed waters — claimed in part by Vietnam, Malaysia, the Philippines and others — have become the stage for a burgeoning tussle between the world’s two largest economic and military powers as they struggle for regional dominance.

Australia’s Defence Minister Marise Payne said after the incident she supported the Americans’ right to freedom of navigation under international law, but added that Canberra was not involved in the US action.

A spokesman for Payne on Thursday said that contrary to reports, two Royal Australian Navy ships would still take part in exercises with their Chinese counterparts off the southeastern Chinese coast near the disputed Spratly Islands.

“HMAS ships Stuart and Arunta will visit Zhanjiang, in Guangdong province, China, soon during their North Asia deployment,” the spokesman said in a statement. 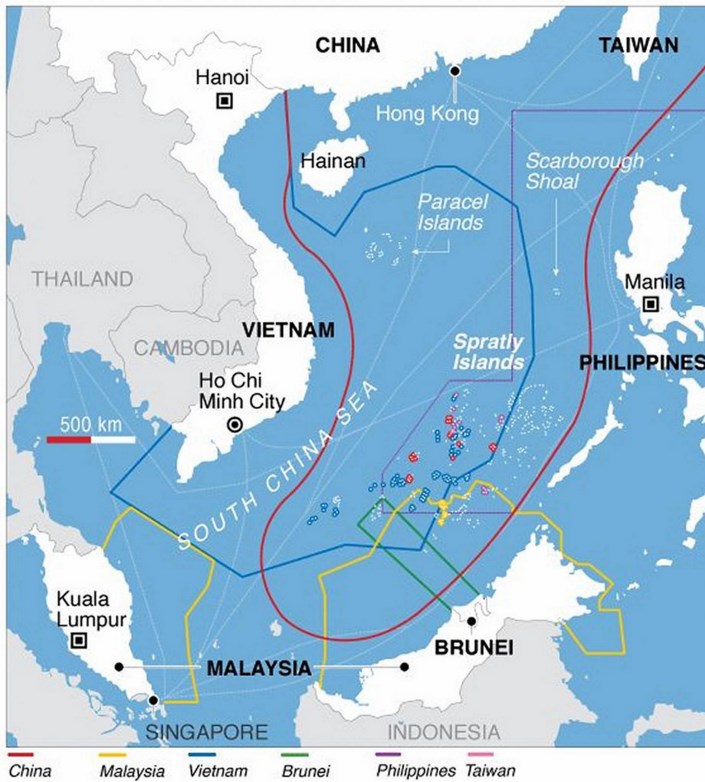 The exercises are expected to start in the coming days, although no precise dates were given.

“There have been no changes or delays to the schedule of the HMAS Arunta and HMAS Stuart since the United States activity in the South China Sea on 27 October 2015,” the spokesman added.

Australia is a key Pacific ally of the United States and Foreign Minister Julie Bishop said this month after talks in Washington the two nations were “on the same page” over the issue of freedom of navigation in the seas and skies.

Recently appointed Australian Prime Minister Malcolm Turnbull said in September China should ease off island construction in the South China Sea if it wanted a reduced US presence in the region.