Originally from Newfoundland, Canada, Kent Foran is a photographer and teacher based in Hong Kong. His work is focused on people and their environments, and exists in a space between street, documentary and fine art photography. It has a special emphasis on the odd and the inexplicable within the everyday. Part Two of two – see Part One here. 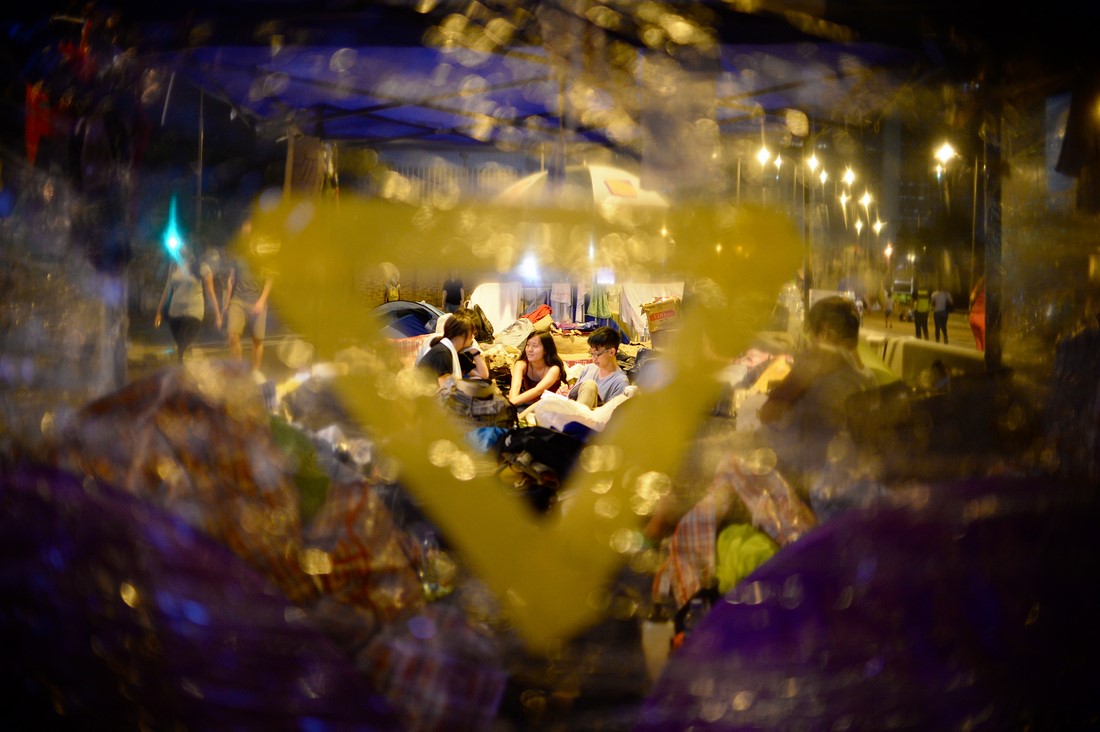 Young protestors in a homemade tent chat during quiet moments in Admiralty. 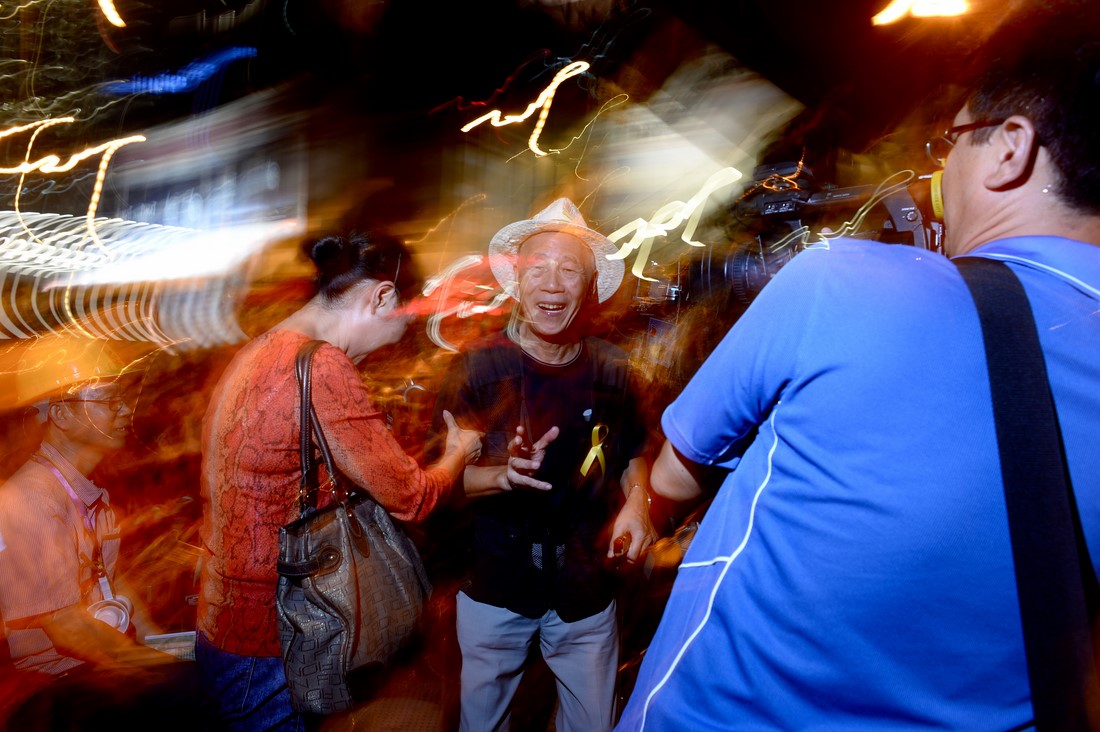 An older man was enthusiastically received by the crowds at Admiralty after a speech urging the students and occupiers to keep fighting and to not trust the government. 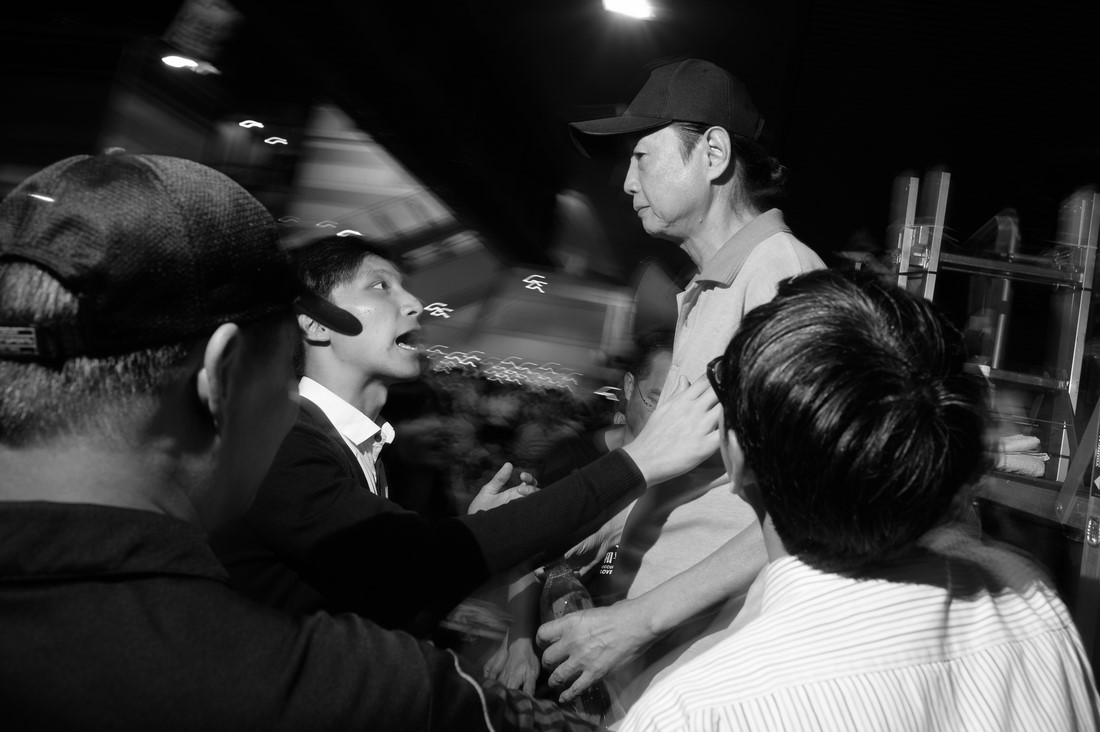 Another man is booed and pulled from the main stage in Admiralty after expressing the view that students should be happy with their achievements and return home. In a display typical of the civility at Admiralty, students later sat on the ground and amicably discussed their differing opinions with the man for several hours. 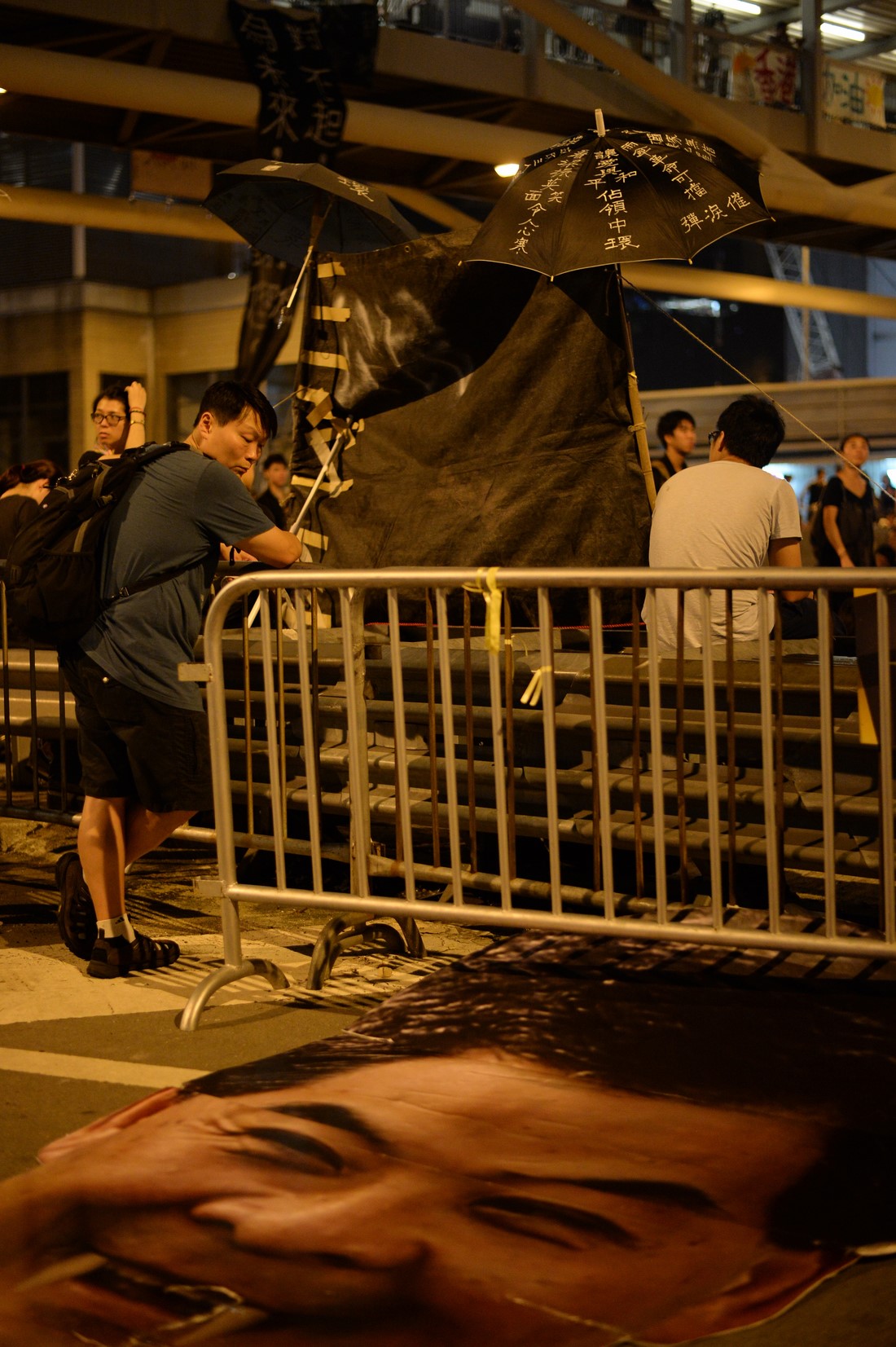 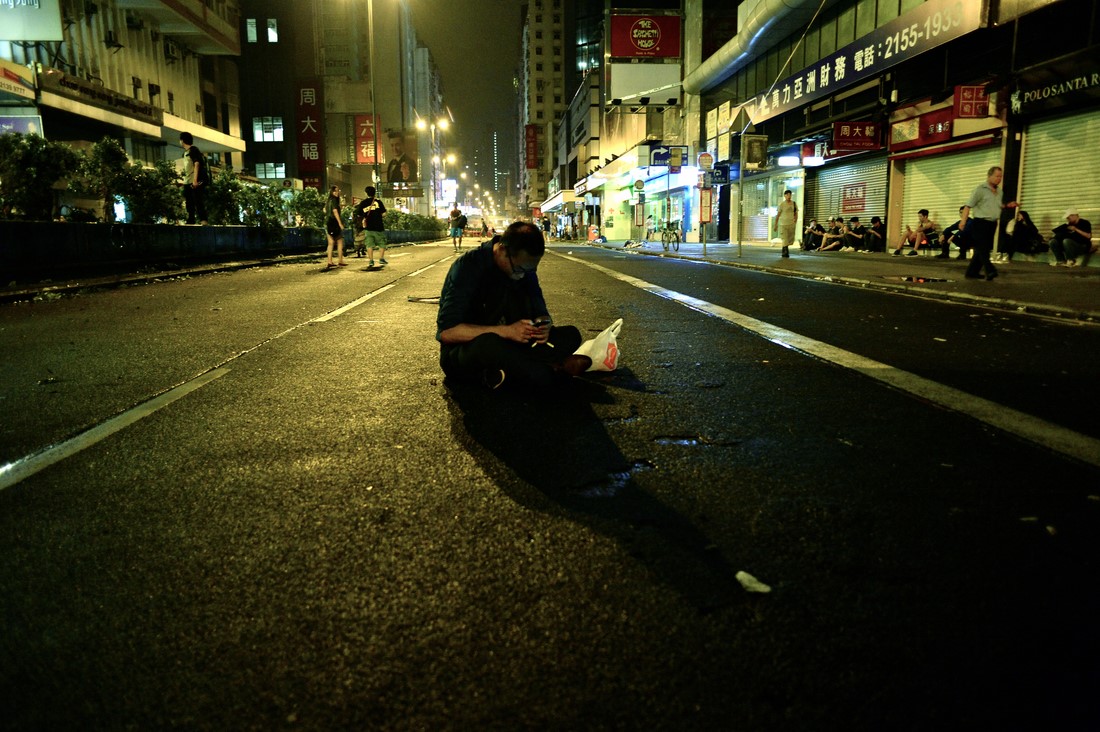 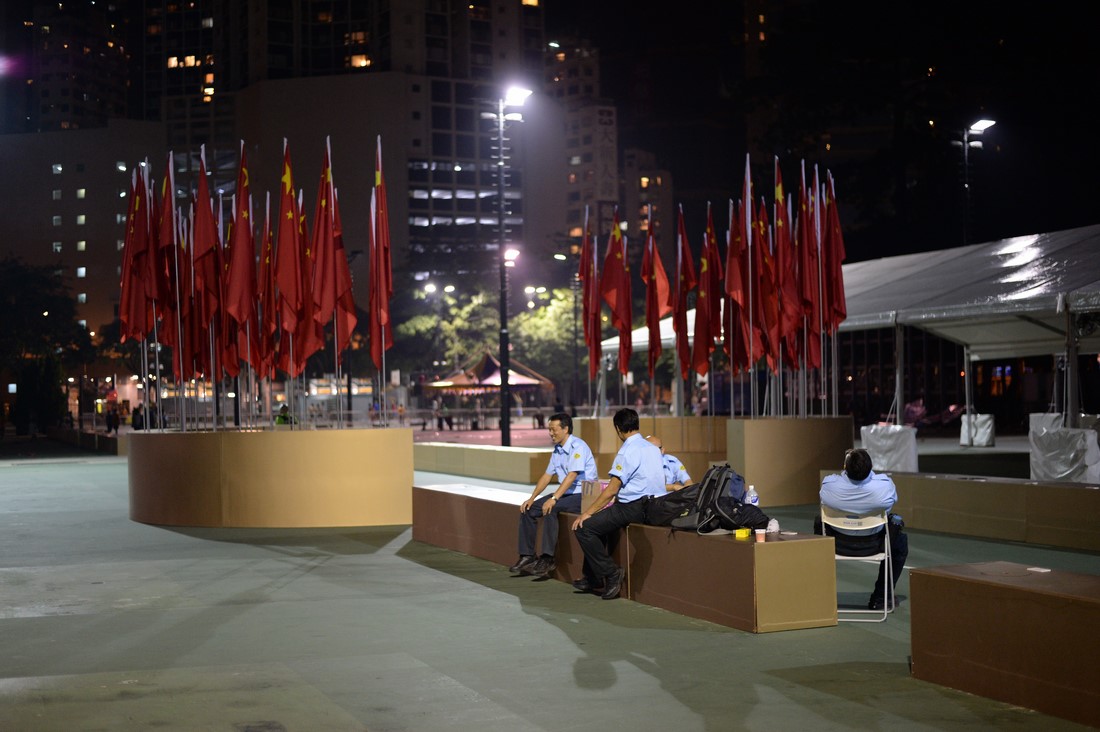 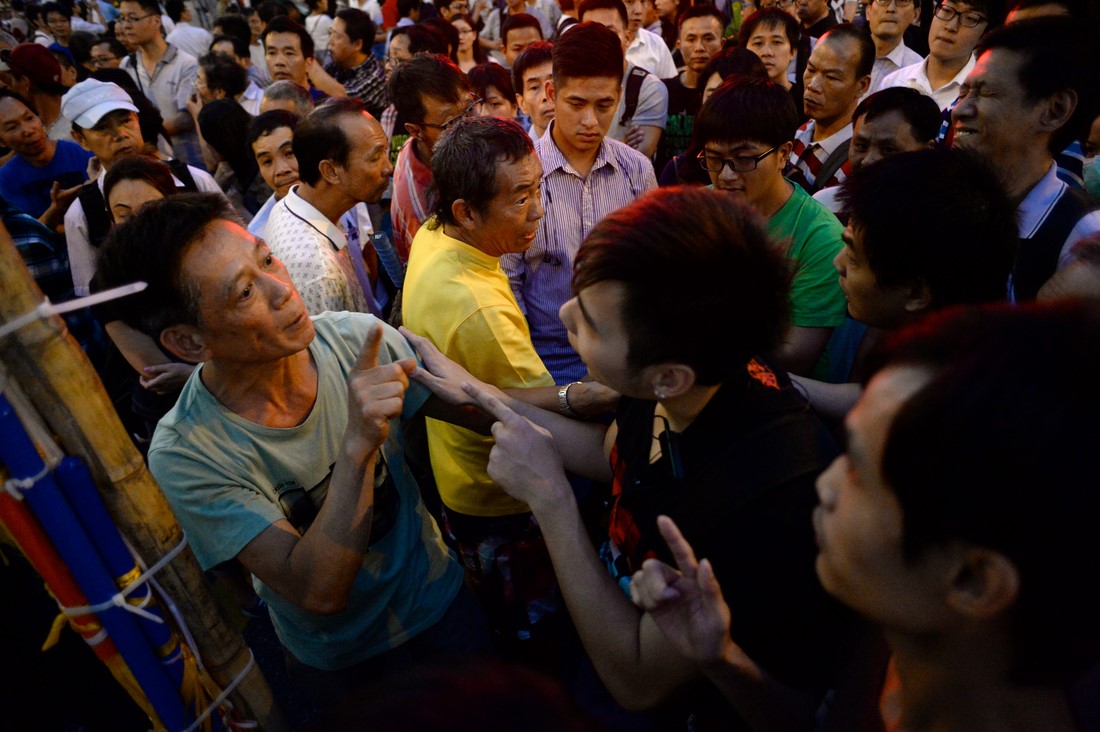 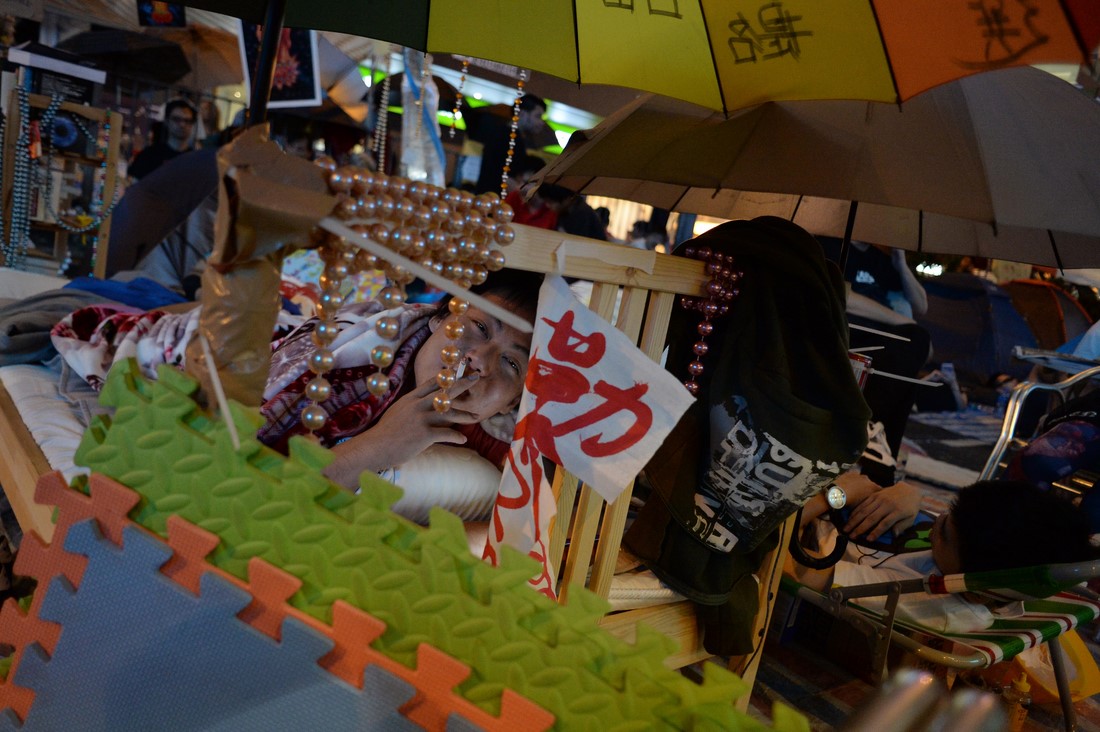 An occupier relaxes on his bed in Mong Kok. 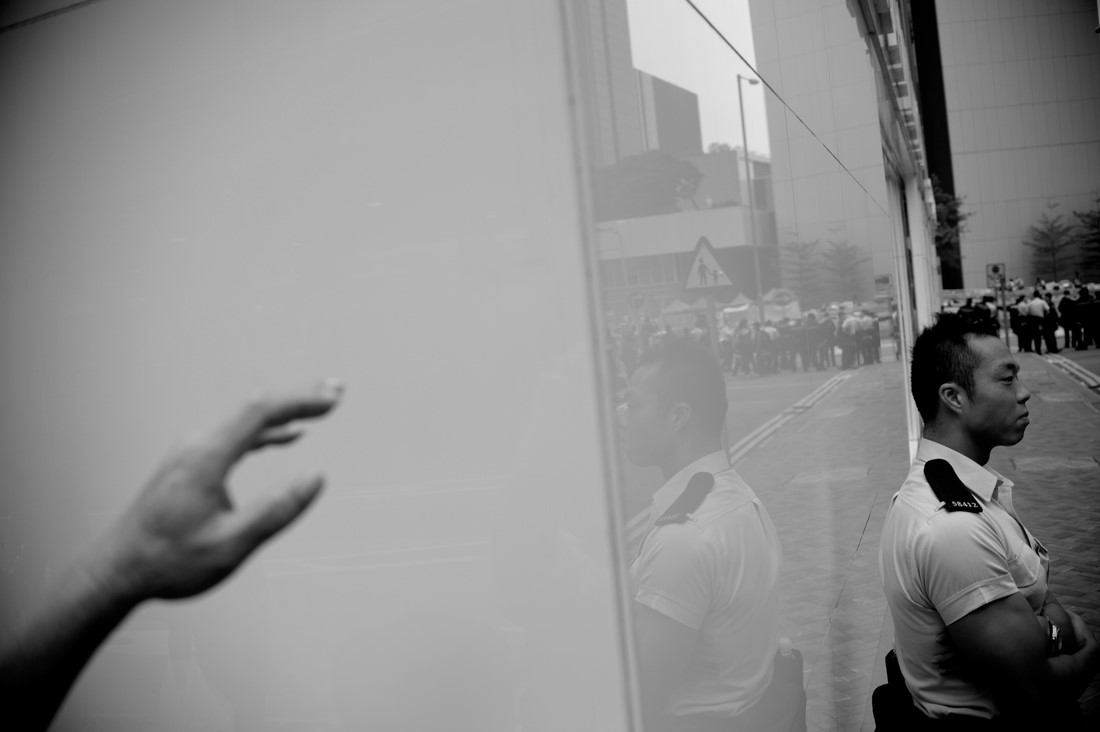 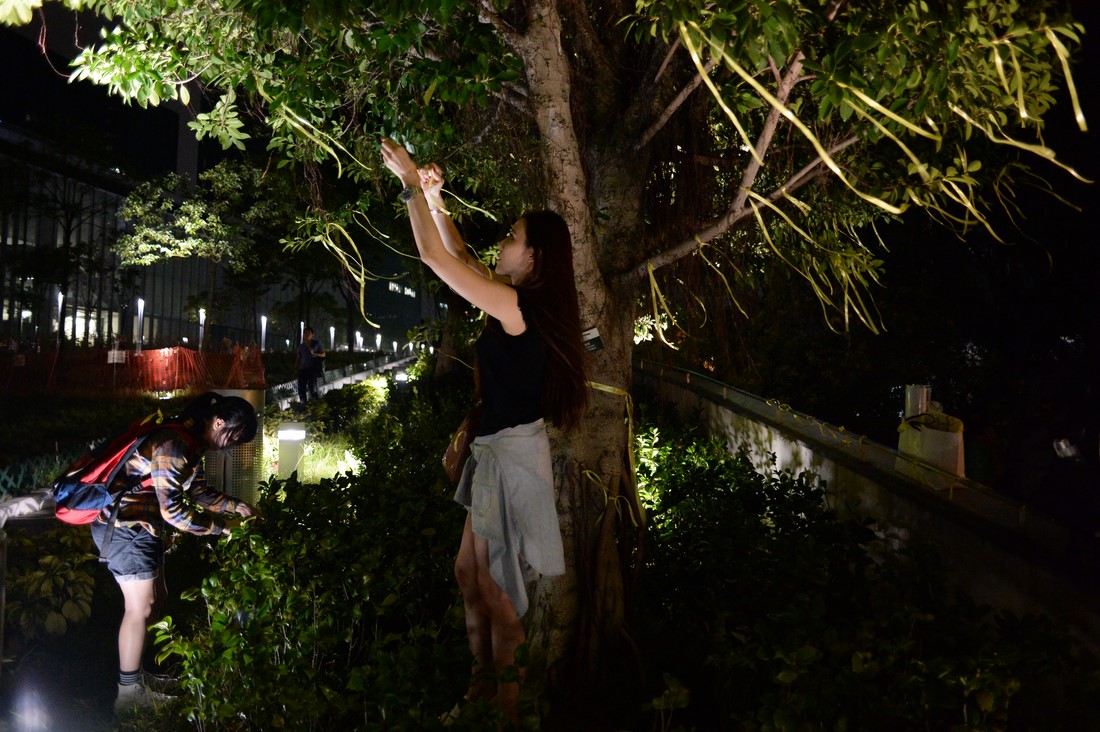 Students try to look inside the government complex. 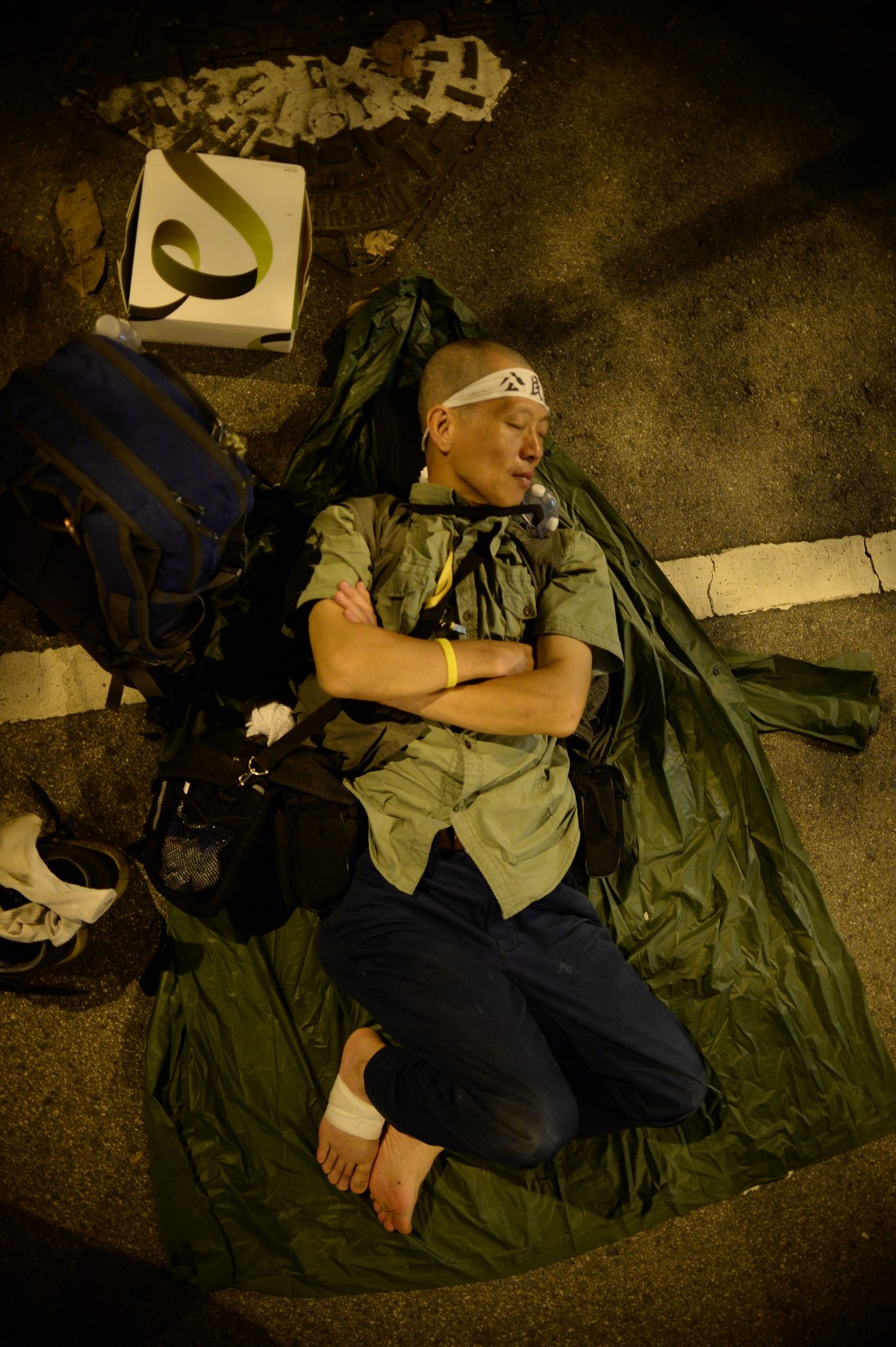 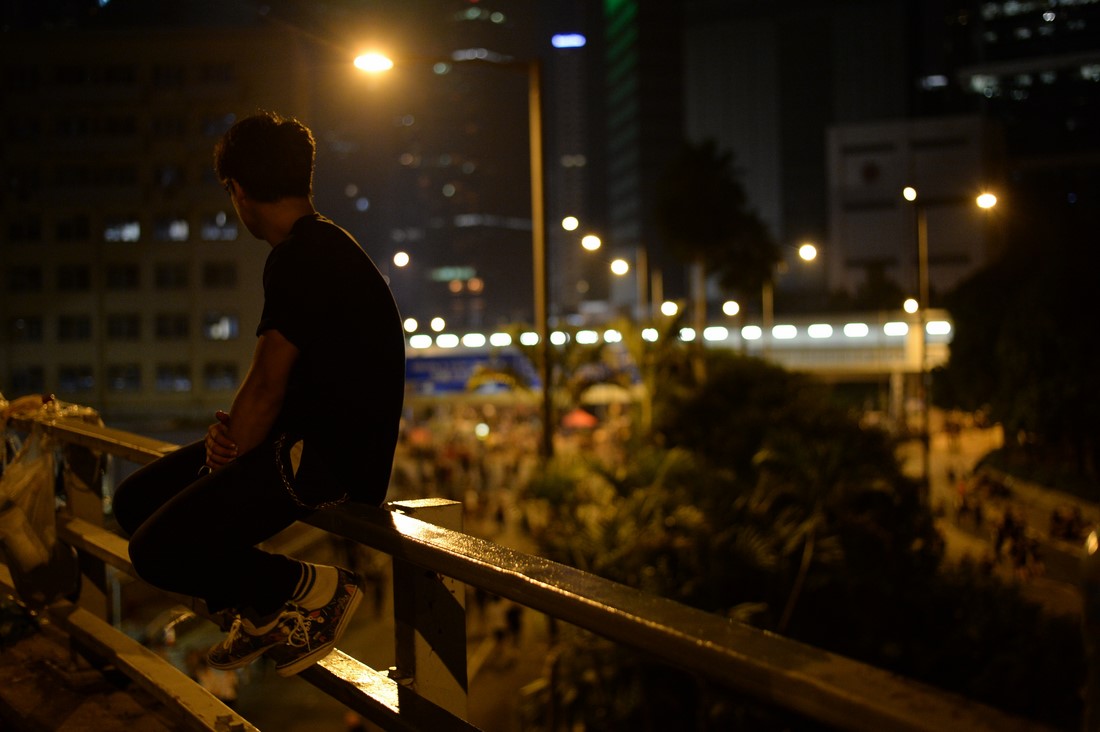 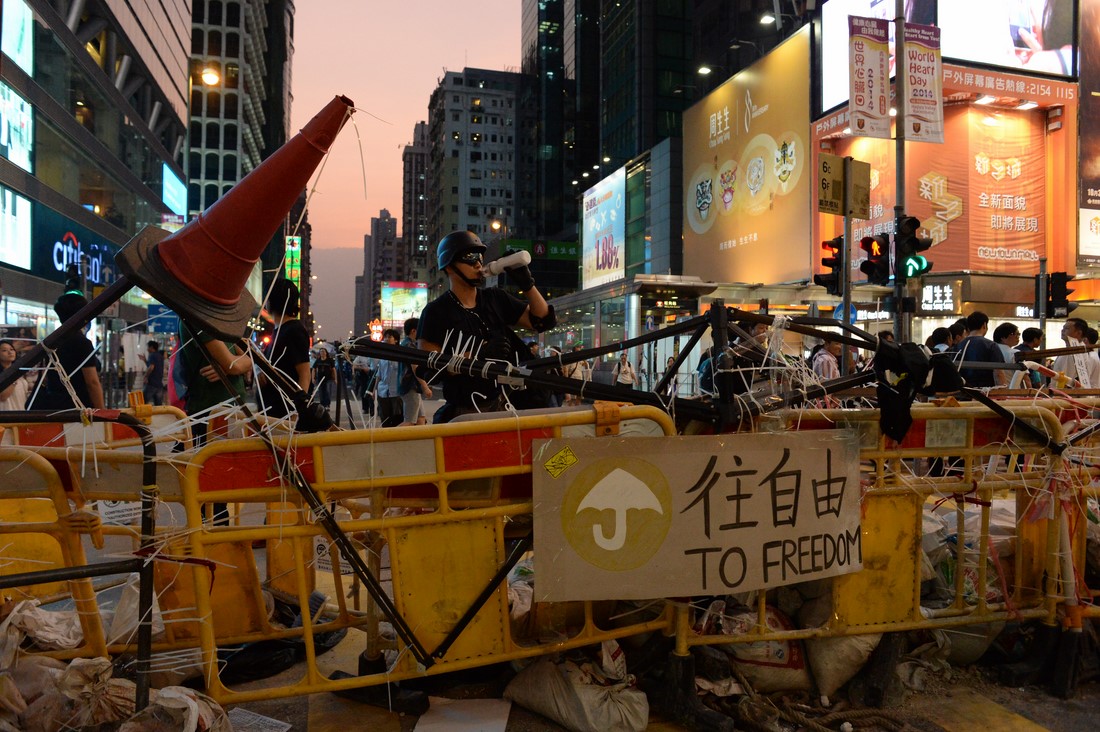 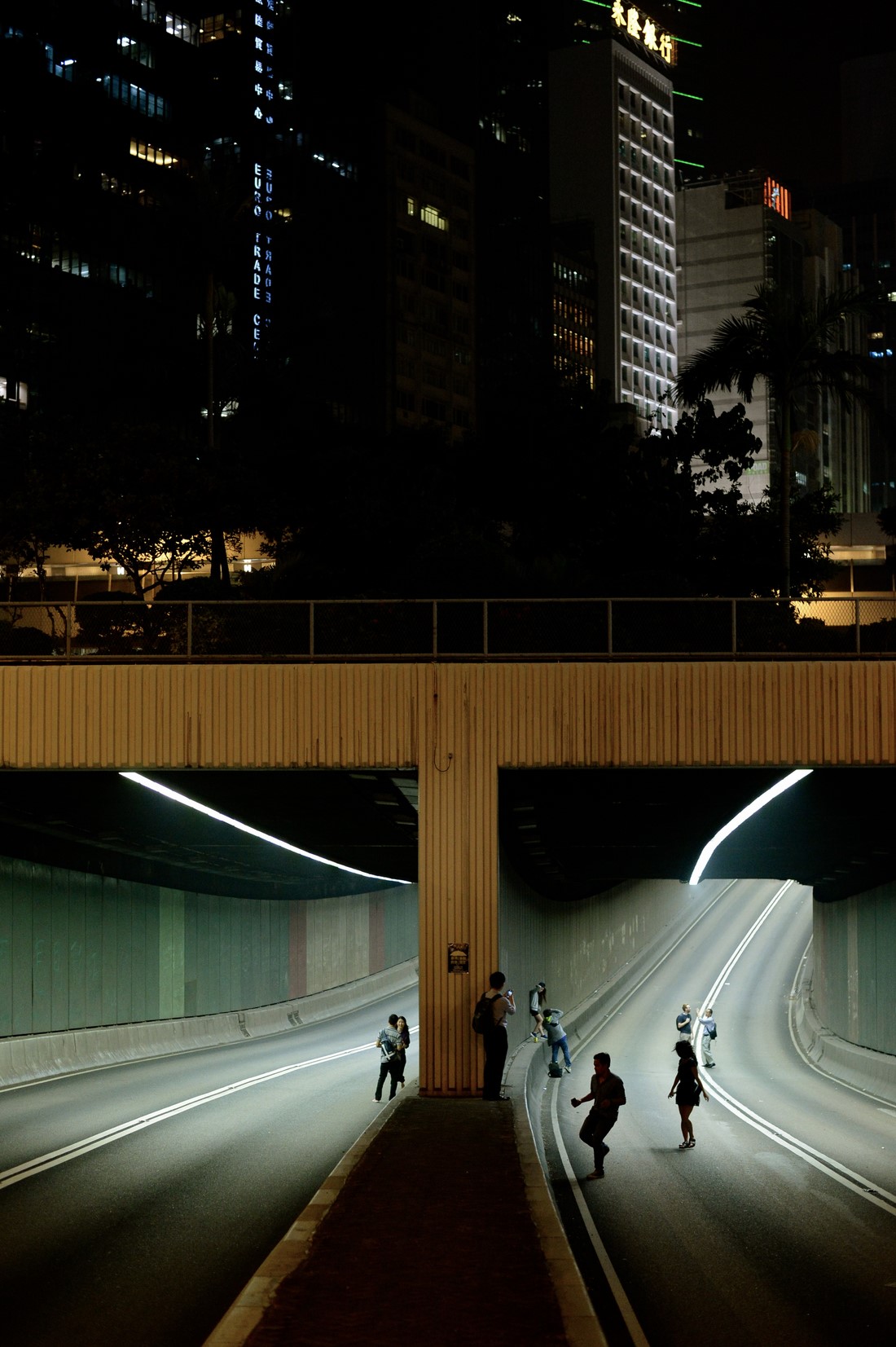 Major thoroughfares and tunnels have remained barricaded for weeks. 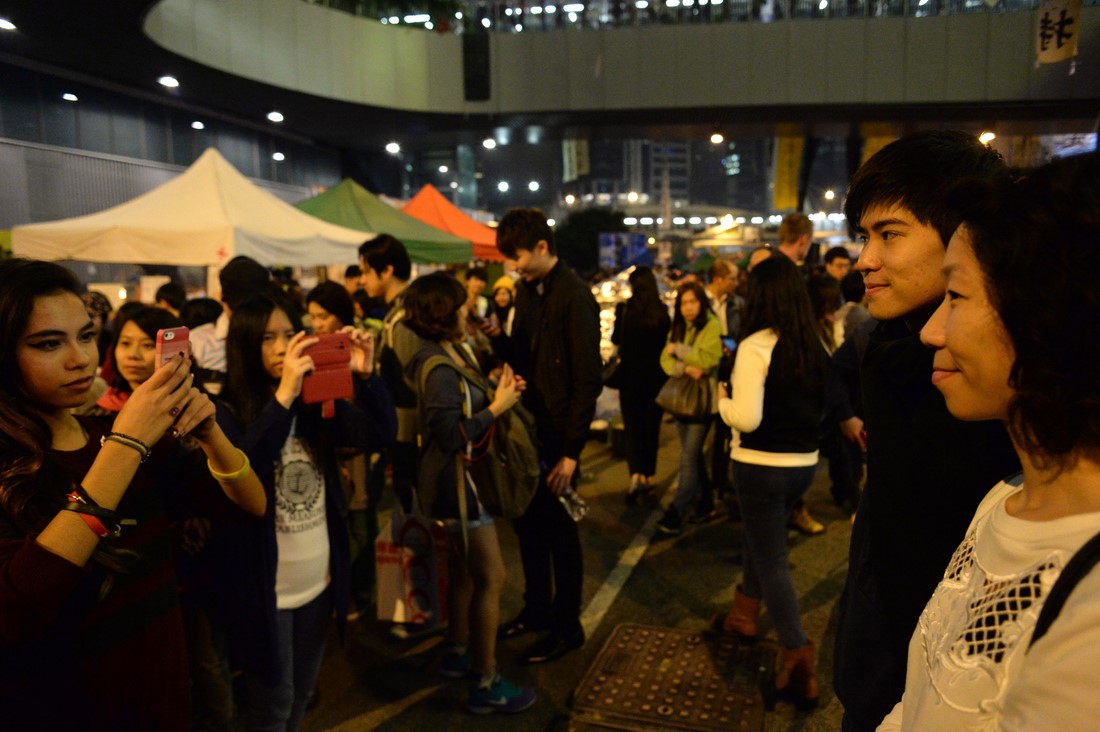 As eviction loomed, the final nights of the occupy site at Admiralty were characterised by an atmosphere by turns reflective, optimistic, frustrated and, on the final night, almost festive. Here, Lester Shum, one of the most recognisable student leaders from Hong Kong Federation of Students, poses for pictures with admirers. 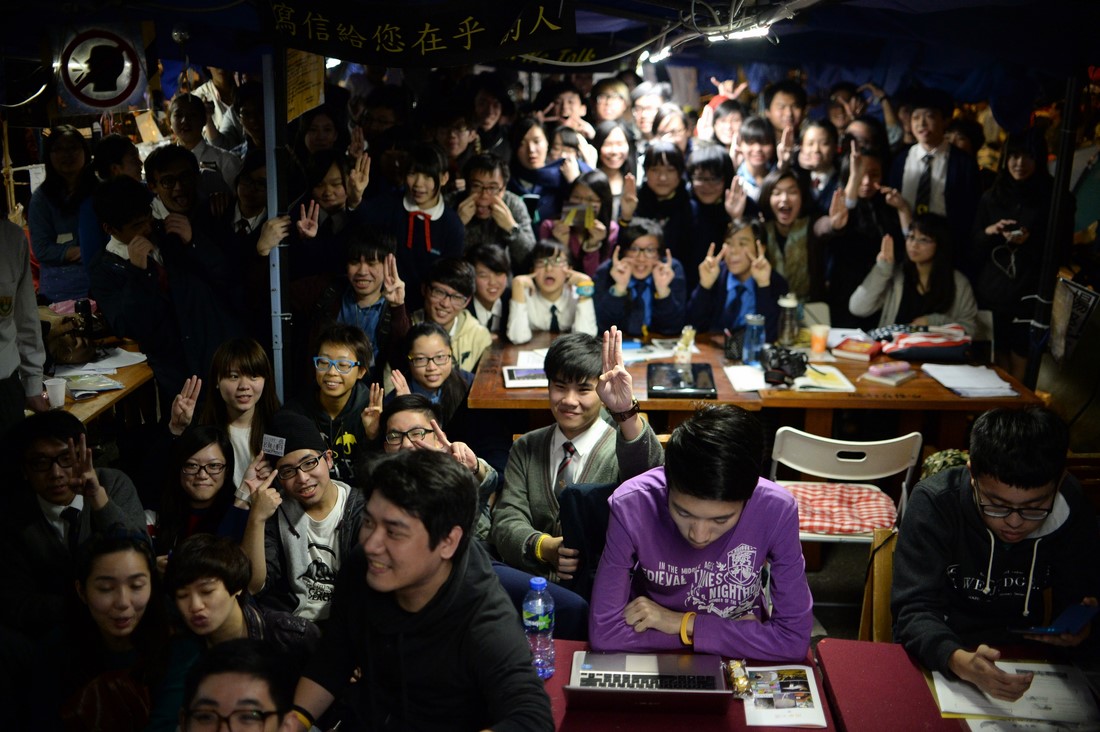 The much-heralded Study Center on December 10th, as students said their goodbyes. Powered by exercise bikes, the Study Center symbolized for many the discipline and maturity of the students involved, and will undoubtedly be remembered as the site of formative political awakenings for many of Hong Kong’s youth. 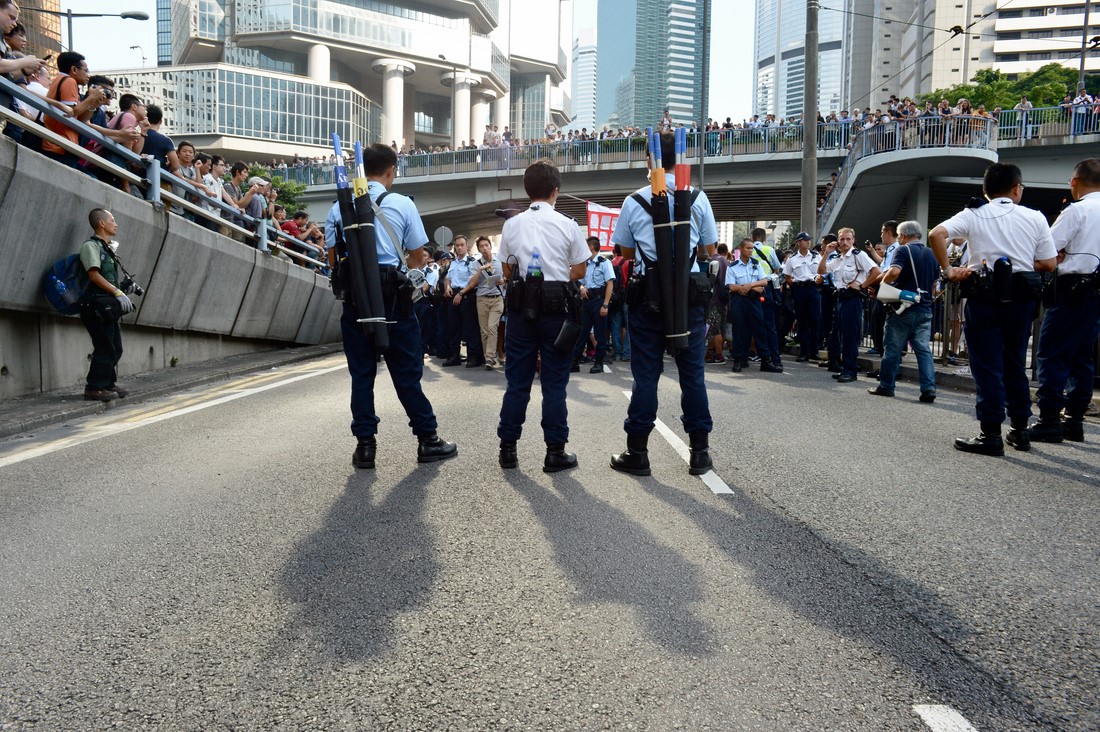 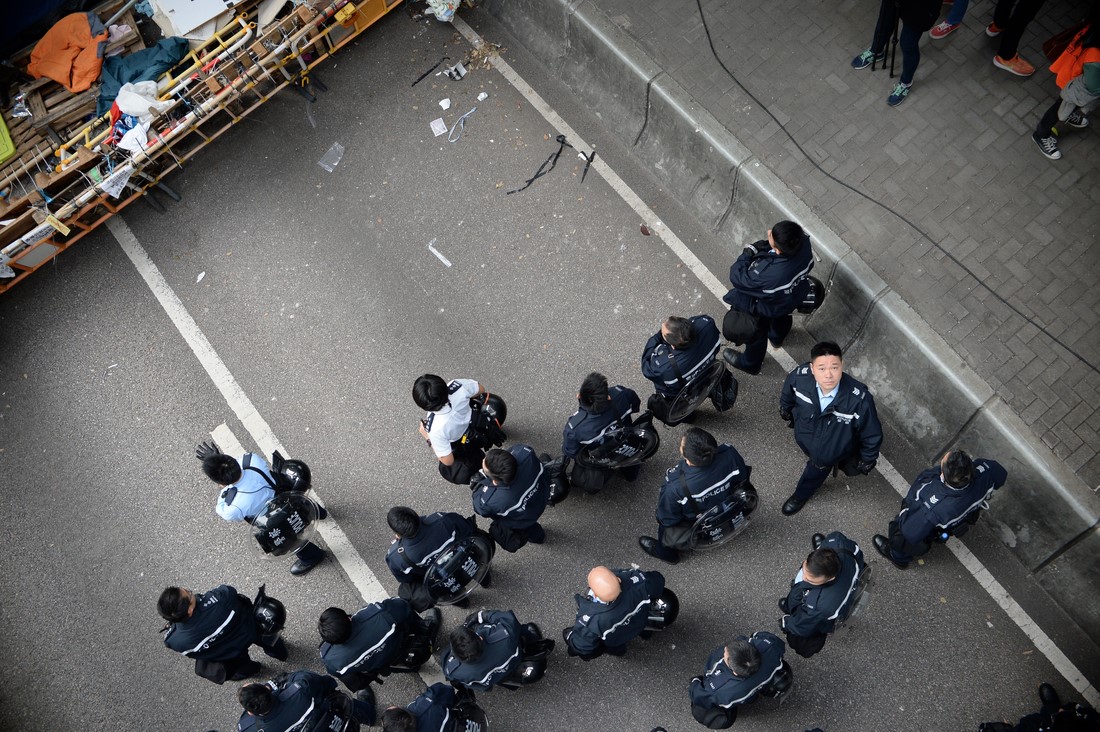 On December 11th, thousands of police executed an injunction to clear the remaining protest sites. They faced little resistance, in stark contrast to the events of September 28th. A few hundred protesters refused to evict the site, and waited mostly passively to be arrested. 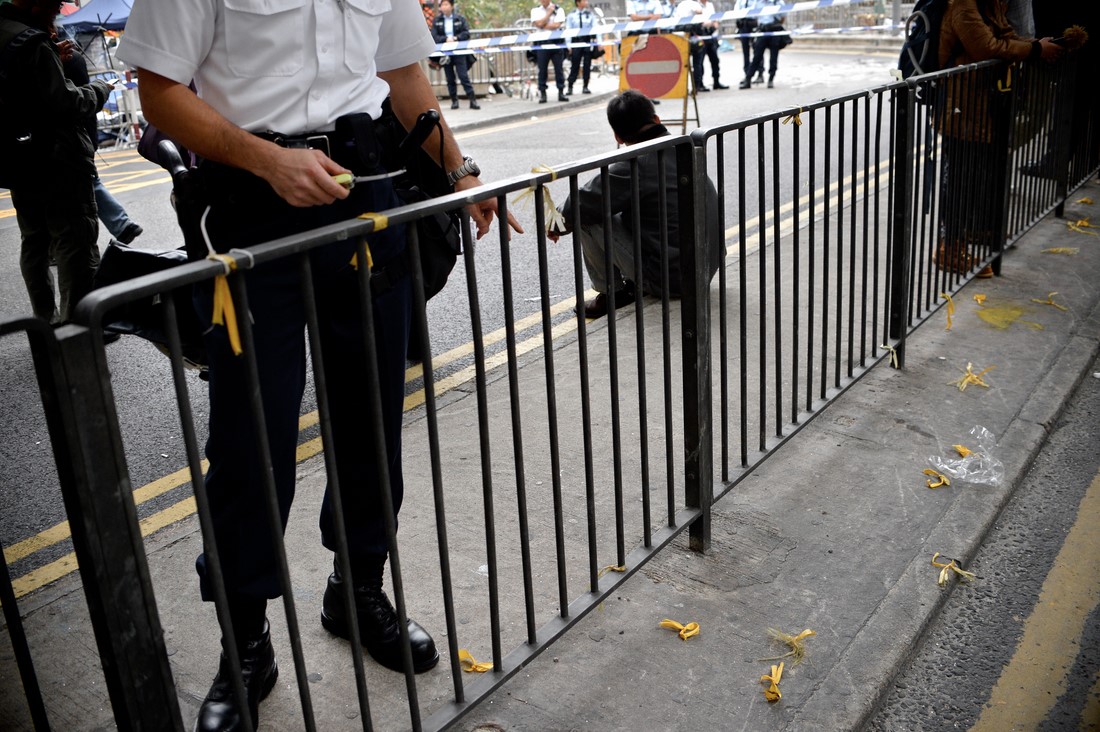 By late afternoon, little evidence of the occupation remained. 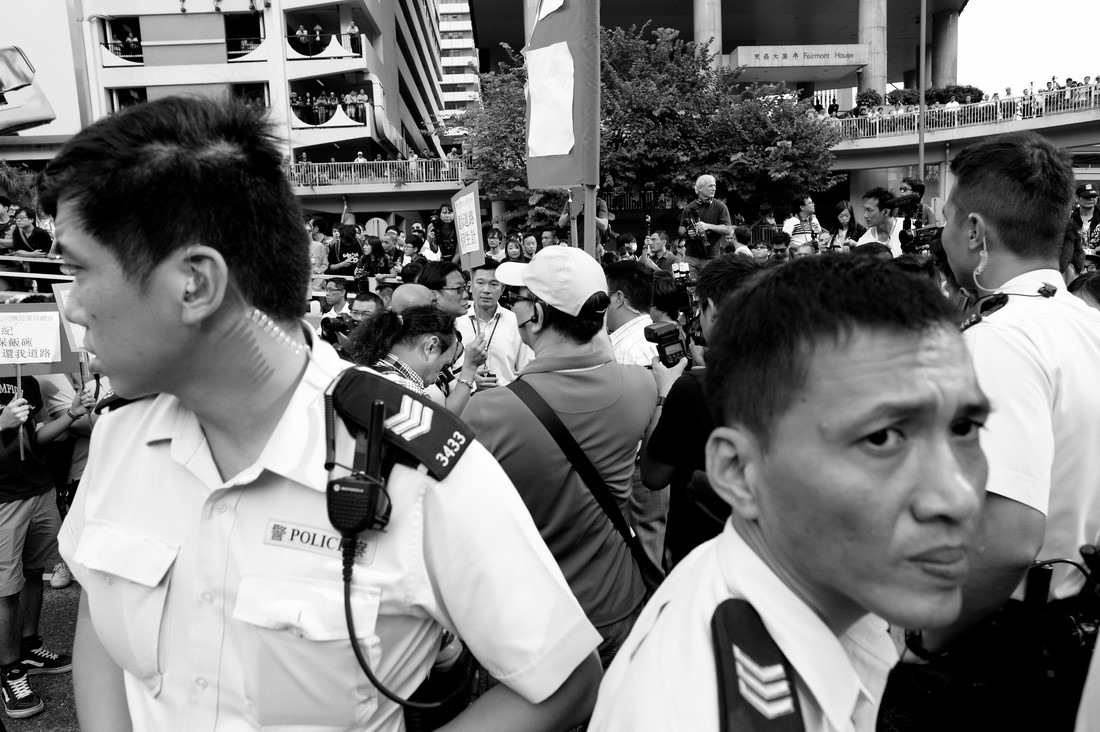 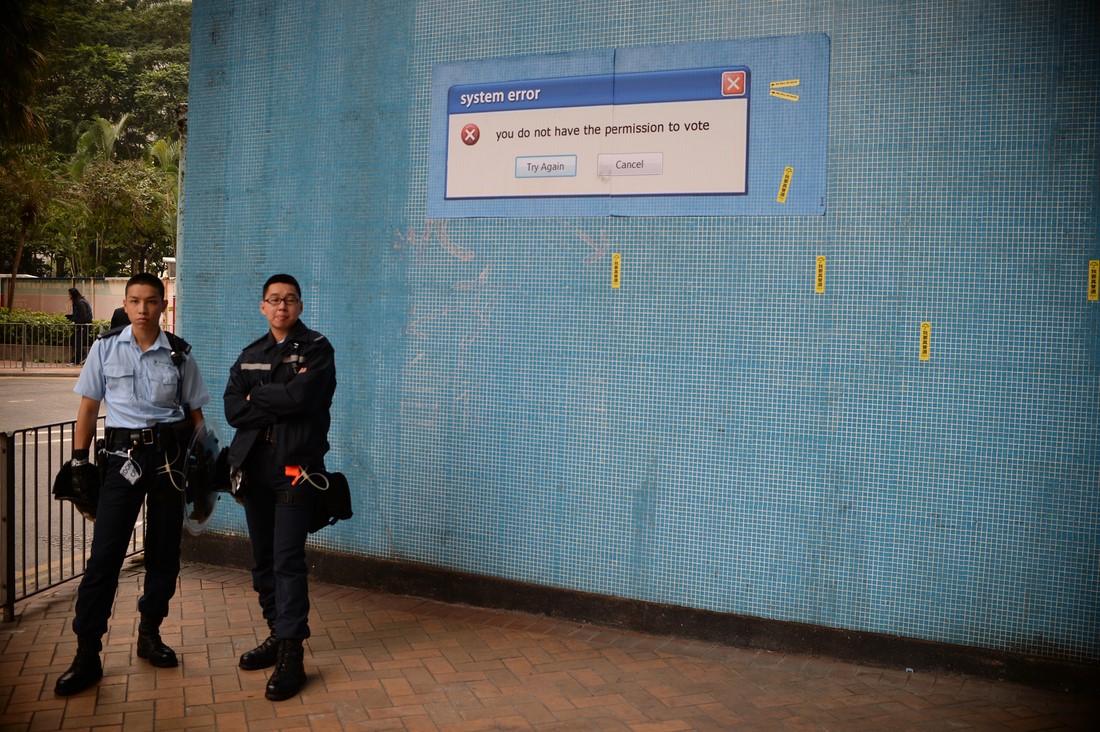