Photographer James Wong shares his “portal into the past” images with Hong Kong Free Press. Using old photos of Hong Kong, Wong aligns historical moments from local history with the present. Follow his work on Twitter, Instagram and Flickr. 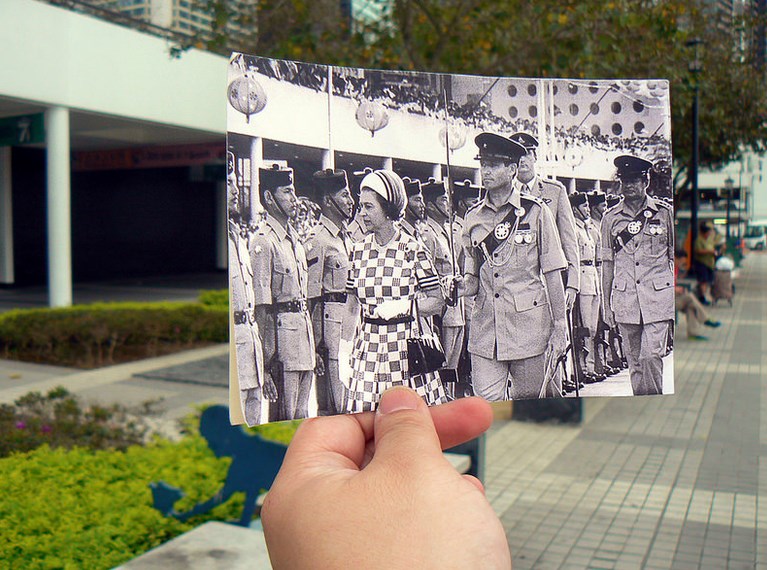 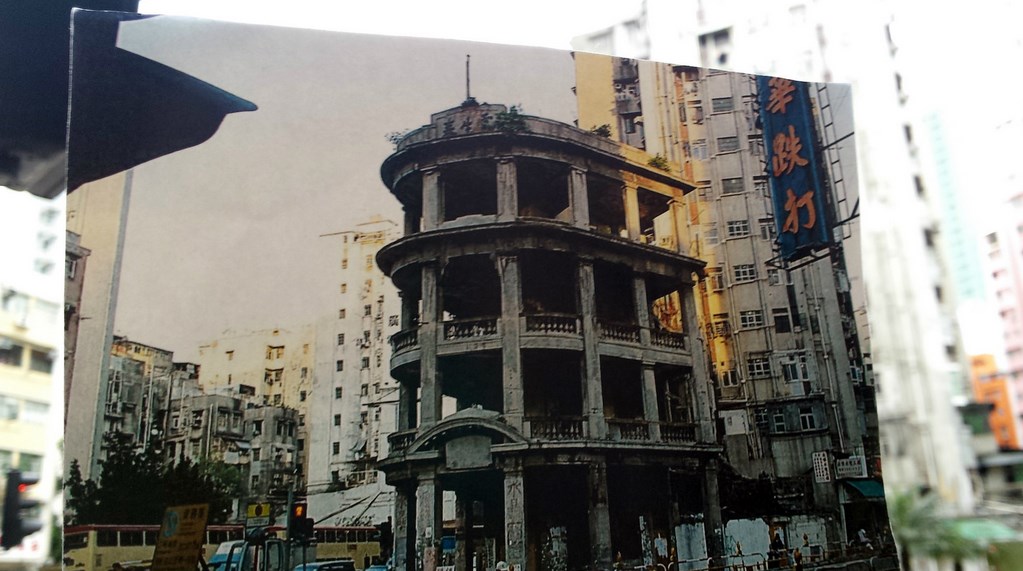 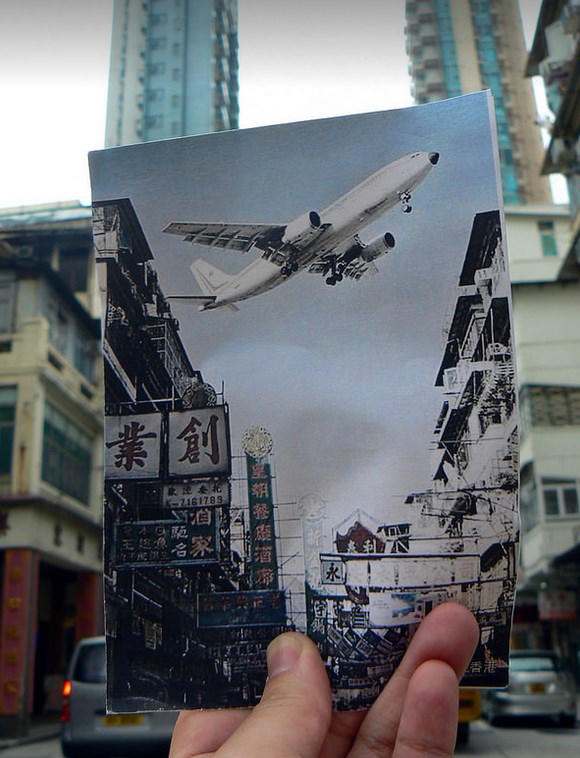 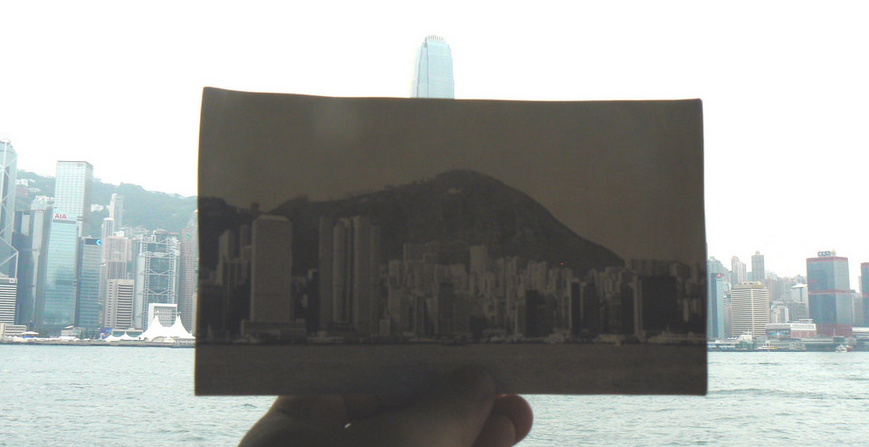 Wong has also applied his idea in other places of importance around the world. 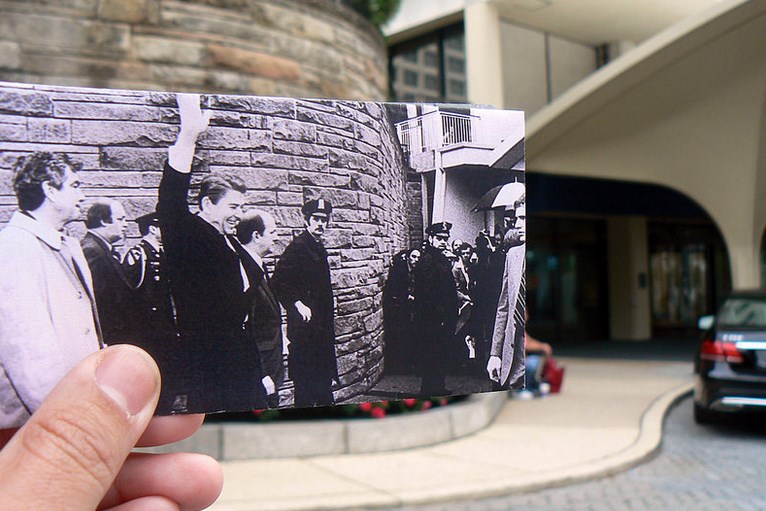 Moments before shots were fired at Ronald Reagan on March 30th, 1981 at the Washington Hilton Hotel. Photo: James Wong. 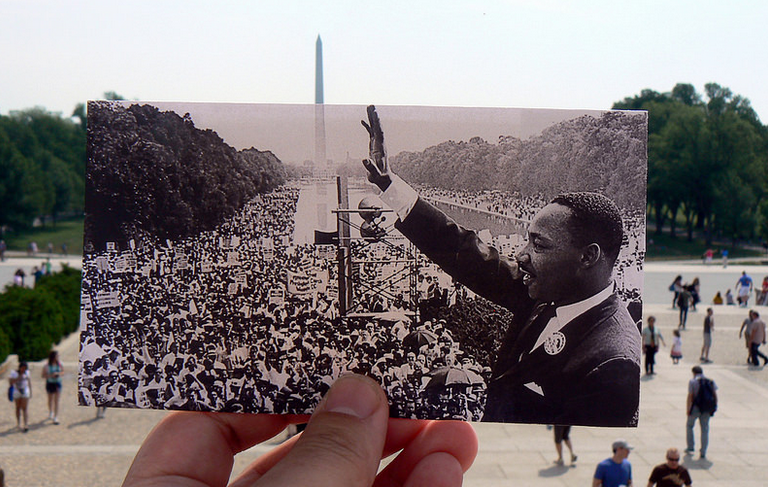 Dr. Martin Luther King Jr. acknowledges the crowd at the steps of the Lincoln Memorial before or after his famous “I have a Dream” speech on August 28th, 1963. Photo: James Wong. 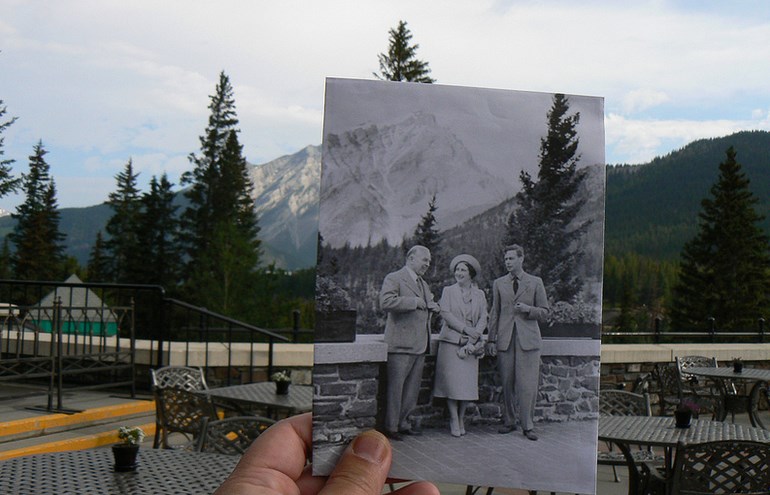 HKFP History: Portal into the past - James Wong's 'back to the future' photography