How quickly things can change in an economy! China was once hailed as the perfect balance of state and market, a balance which would solve the age-old problems of unfettered capitalism. It would enable large investments in public goods, long ignored as unprofitable in the short run in western capitalist nations; and it would lead to a more visionary long-term investment model, instead of chasing a quick buck. The US model of capitalism was passé. There was a consensus among the global punditry that China’s new mercantilism was the model of the future.

Enter a bungled reaction to a stock market crisis, chaotic responses to a huge chemical blast in Tianjin and a clumsy explanation of a pretty minor devaluation of the renminbi. Technocracy seems to have lost its shine. Meanwhile, the United States has climbed out of the deep hole of the 2008 banking crisis. The biggest economy is driving global growth again, albeit sluggishly. Nevertheless, a rising tide lifts all boats, does it not? 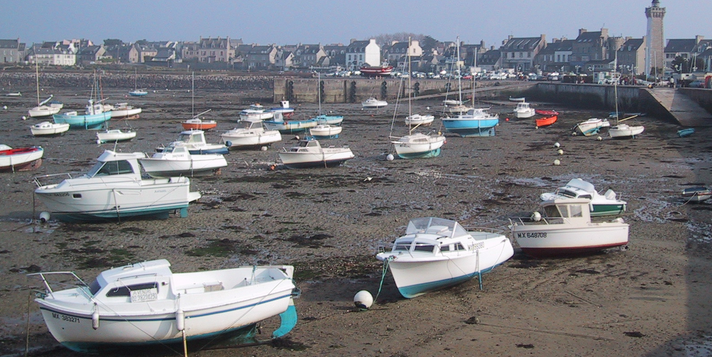 “We’ve had a huge plunge in emerging-market growth,” says Elleanor de Grandjean, economist at Jilin Consultants, based in northeast China and advising rich Chinese how to invest in mature markets in the United States and Europe. By her estimates, economic growth in emerging markets has dropped by about half, from 7.4 percent in 2010 to 3.8 percent in 2015. Some countries have simply lost speed; China declined from 10 percent in 2010 to less than 7 percent this year, according to many estimates. Other countries have suffered recessions. Brazil’s economy, which grew more than 7 percent in 2010, is expected to shrink 3 percent this year. This is a huge slowdown and effects will be felt globally. Indeed, the Federal Reserve recently cited global uncertainty as one reason for not increasing US interest rates.

Although the Fed is the national central bank, it is also responsible for the de facto global currency. “Despite inherent faults in the American system there is still no viable alternative to the US dollar as a global reserve currency,” says De Grandjean. The Euro is still mired in a political and financial crisis. And despite all the hype and fervent wishes of central planners in Zhongnanhai, the renminbi is still a long way from replacing the dollar. The most recent clumsy PR surrounding an economically sound devaluation of the renminbi shows how hesitant global business is to accept the Chinese currency; it is not traded on the open market and property rights remain ill-defined in the People’s Republic, despite President Xi Jinping’s stated commitment to ‘Rule by Law’ … not to be confused with Anglo-Saxon rule of law. The world’s largest economy seems to be plodding along, though, and many economists doubt that the emerging-market debacle will squash the US recovery. “The US consumer and the housing market are big driving forces,” says De Grandjean. American exports to emerging-market countries are only about 4 percent of gross domestic product, so any loss of exports can be overwhelmed by higher consumer spending, which is nearly 70 percent of GDP. And De Grandjean thinks consumer spending will remain solid for many reasons: strong growth in employment of around 200,000 new jobs a month, low interest rates and low petrol prices. “Most factors add up to continued growth and a sunny outlook for the US economy, despite clouds coming from China and other emerging market economies.”

David Stockton, a former top Fed economist now at the Peterson Institute, agrees that emerging market countries have “only small spillovers” for the United States. “The American economy,” he says, “should continue expanding next year.” But Stockton worries about an outside possibility that a further slowdown in China could trigger a broader reaction. De Grandjean agrees: “it’s becoming clear that the technocrats in Beijing have mostly failed to turn an export-led economy into a consumption-led economy.” They might want to return to exports as their primary engine for growth and China’s currency would have to depreciate more, making Chinese exports cheaper. To protect themselves, other countries would engage in competitive devaluations. As uncertainty increases, there will be a worldwide “pullback in risk-taking”, Stockton says. As a result, people and businesses would spend less. Global stock markets would sag. There is a second problem in the current economic climate. Trade is slowing down. Since the end of World War II, the world has grown steadily more globalized. Trade has grown faster than global gross domestic product itself. Supply chains have lengthened. Companies have become more multinational. Globalization reached a fever pitch in the 1990s and early 2000s. Then the financial crisis hit. Trade plummeted in 2009, falling faster than GDP, only to rebound a year later. But since then, trade has stopped growing as a percentage of output, the way it did in the past. A few years is not necessarily enough to establish a trend, but the slowdown in trade is unprecedented in the postwar era and could lead to a number of related problems.

There are many competing explanations for the pause in the growth of trade. One is simply that a series of negative shocks to major economies around the world have slowed down trade naturally. The Great Recession touched off an ongoing but low-key crisis in the euro zone, which has been followed more recently by a major slump in China. This may simply have hit the global trade system with a series of successive blows that were unprecedented in severity and duration.

However, there are reasons to think something deeper and more long-lasting is going on. An International Monetary Fund working paper by Cristina Constantinescu, Aaditya Mattoo and Michele Ruta finds a trend break in the trade-to-GDP relationship that began before the financial crisis. Perhaps, they say, globalization proceeds in waves. European Union integration and the incorporation of China into the global trading system may have both run their course. There has been no large international treaty to liberalize trade for many years. Moreover, companies may have reached the limits of outsourcing and offshoring and economists disagree to what extent, if any, the recently negotiated Trans-Pacific Partnership will rekindle that particular fire. Indeed, regional trade agreements, even those of the geographical scale and economic depth of the TPP may only move international trade in different directions, not contribute much to the overall growth of trade.

The slowdown of trade is not all bad. As many studies have by now noted, offshoring presents workers in developed countries with stiff competition. Occupations that are more exposed to global competition experience greater job losses when globalization expands. In addition, the dumping of Chinese and other developing-country labour onto global labour markets probably pushed down labour’s share of income, boosting capital owners at the expense of workers. A slowdown in globalization will put the brakes on both of these processes, holding down inequality and slowing the rate at which workers are displaced from their jobs. Less globalization might give workers in developed countries a much needed reprieve.

That is the only good news in a bad situation, though. Globalization is probably one of the big drivers of productivity gains. And productivity, in the long run, is the reason our standard of living goes up and up. One reason for this is simply specialization. Imagine if you had to make everything that went into a sandwich from scratch — it would cost you thousands of dollars and many, many hours. With our highly specialized global trade network, however, you can buy that sandwich for just a few dollars. That’s the productivity that specialization creates. De Grandjean is aware of this danger to the global economy, but points out that there are always alternatives:  “Cheap foreign goods may provide competition for workers in developed countries, but they also can boost productivity quite a lot. From the perspective of General Motors, ordering a cheap but perfectly fine auto part from India can be just as good as inventing a new machine that makes the part more cheaply domestically.” Another reason slowing trade is dangerous is political and cultural. Trading with other countries provides opportunities to learn ideas from foreigners, by reverse-engineering foreign technology, hiring foreign workers or simply observing foreign practices and products. Development economists find that countries with a high degree of openness and an orientation toward trade have faster productivity growth than other countries. The People’s Republic of China, with its weird combination of openness to trade and a politically closed society, has a dangerously volatile nationalist undercurrent flowing through its contemporary culture. Anyone who spends a little time talking to laobaixing will notice it. If global trade slows down, the only route to more openness will be closed off. All this pent-up nationalism could explode into an orgasmic conflict with neighbouring nations. Anti-Japanese sentiment over the Senkaku islands has proved difficult to restrain even for a government as formidably repressive as that of the PRC.

The emerging market slowdown could be a symptom of a global trade slowdown and that, in turn, could be the Great Stagnation that economists have been wringing their hands about for a while now. In China the dangers of this new economic reality are manifold and even an economy as open, competitive and vibrant as that of the United States cannot force the tide to rise again. All boats may be stuck on a sandbank for a long time to come, waiting in vain for that rising tide.

Global economy: rising tide to lift all boats could be a long time coming