The decision by the Council of the University of Hong Kong not to appoint Professor Johannes Chan Man-mun to the position of pro-vice chancellor is alarming for both the university and Hong Kong generally.

Professor Chan is a highly regarded academic in his field both in Hong Kong and overseas and was the unanimous choice of the university’s search committee. Efforts by certain members of the council to belittle his academic record are contemptuous and unworthy of the institution. These members of the council deserve to be embarrassed by having their remarks made public.

As we all know the reasons for rejecting Chan were bogus and he was blocked because of his links with Benny Tai Yiu-ting, a co-founder of Occupy Central. It is well known that mainland officials have been pressurizing individuals at the university to obstruct the appointment.

The message is clear. If academics in HKU and other academic institutions discuss politics, engage in politics or are seen to be friends with someone who does, then there is a price to pay.

The worry is that with pro-Beijing supporters able to control the university council, they will in due course ensure that people inclined to discuss political topics at the university or to engage in local politics will be weeded out. Eventually academic freedom will be stultified. Vice-Chancellor Peter Mathieson has a real fight on his hands to maintain the spirit of academic freedom at the university and one suspects that from hereon it will be an uphill struggle.

The forward to the Guide and Code of Practice for Members of the Council says, “Universities are .. committed to the principle of academic freedom, that is the freedom to question received wisdom and put forward new and possibly controversial ideas. Closely related to academic freedom is the concept of institutional autonomy, and a university is responsible for the management and strategic direction of its own affairs.”

A protest sign on campus reads: “Shameless council rejects appointment without reason; HKU people, have you woken up yet?” Photo: HKFP.

In bowing to outside political pressure council members have clearly succumbed to political pressure and in so doing have betrayed the trust put in them to uphold the values of the university. Given the importance of this vote, they have also betrayed Hong Kong.

Part of a pattern
While alarming, the vote is not surprising because this is symptomatic of what has been going on elsewhere in Hong Kong and will continue until critics of the mainland’s treatment of Hong Kong are silenced. We can see that business and professional organisations have been infiltrated. Mainland Chinese companies are increasingly swallowing up large chunks of Hong Kong’s economic activity by moving in on key sectors such as real estate, finance, power, construction and the stock market. The press has long been a target, as have all levels of the education system, along with the legal profession and the judiciary. 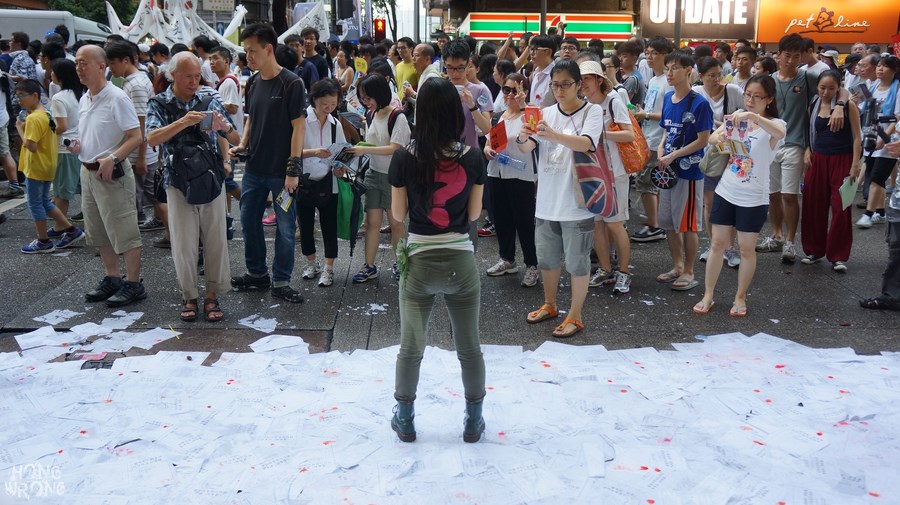 Copies of the White Paper at the 2014 July 1st pro-democracy rally. Photo: HKFP.

Recall the White Paper last year which sought to undermine the role of the judiciary by saying judges should be ‘patriots’ and described them as no more than government administrators or officials charged with upholding national security. Zhang Xiaoming, the head of the central government’s liaison office in Hong Kong,  recently talked about the chief executive being above the law and said the separation of the powers didn’t really apply in Hong Kong. Although much of his speech ran counter to the Basic Law we were left in no doubt as to the main thrust of his message which is: “we are in control whatever you may think about the central role of the rule of law.”

The Basic Law and the Sino British Joint Declaration gave Hong Kong the right to govern itself with a high degree of autonomy. This assurance was given in the Sino British Declaration and the Basic Law in order to keep Hong Kong as a going concern after the 1997 handover and to reassure people in Hong Kong that everyday life would continue in much the same way after the 1997 handover as before.

These ideas gets short shrift in Beijing these days and making compromises with Hong Kong people seeking universal suffrage does not play well with President Xi Jinping’s  notion of the projection of power. It is pretty clear that Beijing does not intend to grant universal suffrage to Hong Kong, at least in the sense that it is generally understood.

More of the same
Hong Kong can expect more of the scenarios that have been played out at HKU recently. Prominent critics will be targeted. Professor Chan has been the subject of some 300 negative articles by pro-Beijing publications in Hong Kong. Individuals have been intimidated sometimes physically attacked. Targets are watched and followed in the hope of digging up compromising material which can be used to silence them. 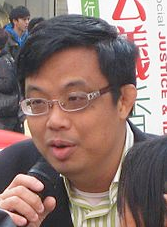 An extraordinary story revealed last year by Reuters documented how pan-democrat James To was followed by retired members of the Hong Kong police force who were working for a mainland internal security operation. It was one of a number of teams. according to Reuters, tasked with following pan-democrats and pro-democracy supporters in the search for dirt that could be used to undermine them or shut them up.

Relatively liberal societies are not well-equipped to fight off the kind of offensive that the mainland’s United Front Work Department and the Nation Security Bureau are able to mount. But it’s a problem Hong Kong people need to think about. One day they’ll wake up and realize that the values they cherished have been chipped away.

There is a famous quotation from Martin Niemöller which has some relevance here, even though he was living in more extreme circumstances. Niemöller was a Protestant pastor who was an outspoken critic of Adolf Hitler and as a result spent seven years in a concentration camp.

First they came for the Socialists, and I did not speak out— Because I was not a Socialist.

Then they came for the Trade Unionists, and I did not speak out—

Because I was not a Trade Unionist.

Then they came for the Jews, and I did not speak out—

Because I was not a Jew.

The HKU Council's betrayal is alarming for Hong Kong's future. What next?