Hong Kong is expected to experience strong winds with swells and occasional heavy rain over the next couple of days as a tropical depression pushes across the South China Sea. Over the weekend, Tropical Depression Mujigae is expected to intensify and be upgraded to a tropical storm. Mujigae was centred about 560 kilometres southeast of Dongsha Dao at 10am on Friday. It is forecast to move west-northwest across the central part of South China Sea at a speed of 22km/hour, according to the Hong Kong Observatory. Under the influence of both the cyclone and a cooler dry northeast monsoon that is affecting southern China and the coastal areas of Guangdong, the weather is expected to be windy with heavy rain during the weekend and early next week.

A spokesperson from the Hong Kong Observatory said that it will take into account the cyclone’s position and intensity after entering the South China Sea, as well as whether Hong Kong is more affected by the cyclone or the monsoon, before deciding whether any tropical cyclone warning signals will be hoisted. 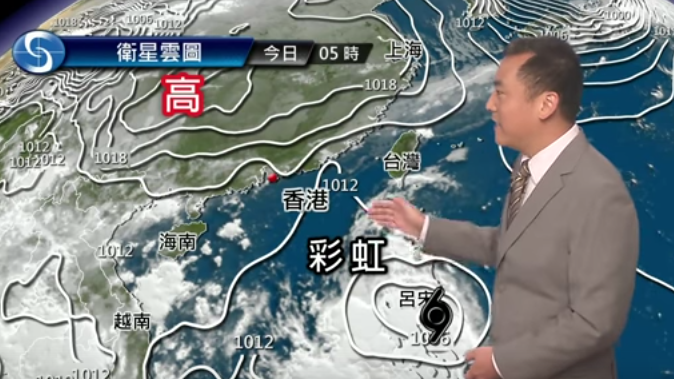 This is the first time in 69 years – since 1946 – that no tropical cyclone warning signal has been hoisted in the months of August and September. The HKO confirmed that this was a rare occurrence and attributed it to the El Nino Phenomenon this year.

It's a washout: Heavy rain, strong winds to hit Hong Kong as tropical depression set to be upgraded