China has put two veteran democracy activists on trial for “subversion of state power”, one of their lawyers said Wednesday, the latest prosecution in a sweeping crackdown on civil society. 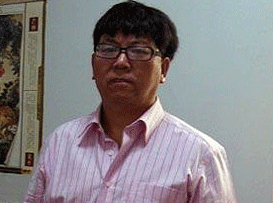 Chen Shuping and Lu Gengsong face maximum sentences of life in prison after their trial which Chen’s attorney Fu Yonggang said took place in the city of Hangzhou on Tuesday.

Both pleaded not guilty to the charges, which were based on their membership of the banned China Democracy Party, which calls for political reform, he added.

“The prosecution had insufficient evidence showing they broke the law,” Fu told AFP. Referring to the defendants, he said, “they just want to work to improve the lives of ordinary people and the state of the country”.

About a dozen supporters of the two men were barred from entering the court and instead gathered outside behind police cordons, Radio Free Asia reported.

Chen was previously jailed in 2007 for four years for “inciting state subversion,” based on articles he had written on overseas websites criticising the government and advocating democracy.

Lu was sentenced to four years for the same crime in 2008. China’s ruling Communist Party under President Xi Jinping has in recent years tightened a crackdown on intellectuals, lawyers and activists critical of the government, with scores detained and dozens jailed.

The court has yet to announce a verdict, Fu said.