The US Central Intelligence Agency (CIA) has recently published a slew of its documents on Hong Kong. As the old joke about the bikini goes, what it conceals is more interesting that what was revealed. Nonetheless, the publication of these CIA documents on Hong Kong’s colonial past is timely, in light of the recent calls for Hong Kong to “de-colonize” by Chen Zuo’er, a former deputy director of the Hong Kong and Macau Affairs Office.

On September 16, the CIA announced it was releasing roughly 2,500 documents to the public on its website cia.gov. These formerly classified intelligence documents mostly date from the 1950s through the 1980s. Some of these documents touch on Hong Kong and China, dealing with unrest in the former British and Portuguese colonies, Chinese strategy towards Hong Kong, British military cutbacks east of Suez, and relations with the Nationalist government in the Republic of China (Taiwan), as well as military intelligence during the Korean War. In terms of the 1967 riots in Hong Kong, the CIA documents provide a counterbalance to the recent amendments by the Hong Kong police to its official history of the riots, in an apparent effort not to make the Chinese government look like the villain of the piece. According to a formerly secret CIA document of 4 April 1968, while the Cultural Revolution was wreaking havoc in Hong Kong and mainland China, the Chinese government was threatening the British colonial government of Hong Kong and effectively seized control of Macau from its Portuguese colonial rulers. 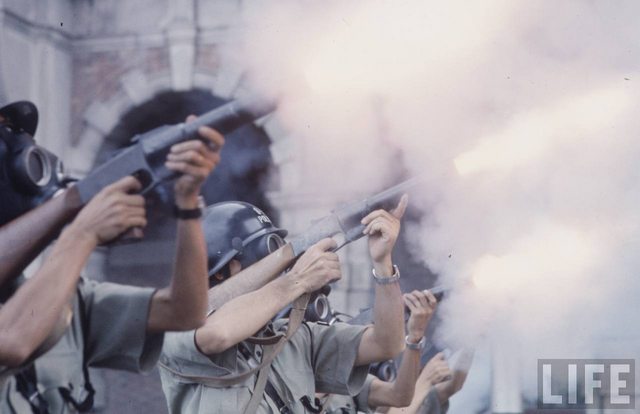 By the middle of December 1966, local demonstrations and a threat from mainland China resulted in a significant loss of Portuguese authority in its colony, said the CIA document. “In effect, the Chinese leaders are the proxy rulers of Macau.”

The document added, “The Chinese leaders and the Hong Kong leftists (mostly union leaders and students) were encouraged to act in a revolutionary way towards the British authorities. On 6 May 1967, colony riot police clashed with local Chinese, who were demonstrating and shouting Maoist slogans outside a Kowloon factory. Twenty-one workers were arrested. This incident sparked a major confrontation between Peking and London. Unlike the Portuguese, the British courageously resisted the combined pressures of local leftists and Peking’s threats – which included the burning of the British (charge d’affaire’s) office in Peking on 22 August 1967 – and refused to accept various humiliating demands. The Chinese leaders finally backed down, ordered the apparatus in Hong Kong to end the violent phase, and accepted a temporary defeat – that is, they allowed the situation to subside to a low-boil protracted political confrontation.” 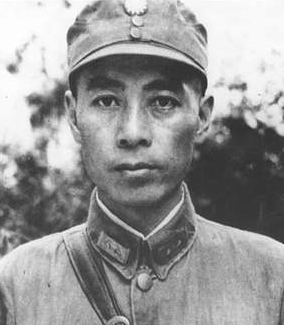 “The prospect seems to be for no improvement in Sino-British relations until London accepts certain demands regarding arrested Chinese in Hong Kong,” said the document.

Chinese Premier Zhou Enlai and Chinese Foreign Minister Chen Yi stated privately in 1965 that it was not in Beijing’s interest to “liberate” Hong Kong, the CIA document revealed. For many years, Mao had been unwilling to use the People’s Liberation Army to seize Macau and Hong Kong, but after Mao launched the Cultural Revolution in the mid-1960s, he departed from his previously restrained stance towards the two colonies, the CIA document added.

According to a CIA document, CIA director Allen Dulles noted at a US government meeting held on 8 March 1957, “The Chinese refugee problem might well be a serious threat in that these refugees might be a ChiCom (Chinese Communist) Trojan Horse to take over Hong Kong.”

The British withdrawal from East of Suez

A formerly top secret US Defense Department memorandum of 28 July 1961 revealed that as early as 1961, the British contemplated withdrawing their military forces from Hong Kong and Singapore, years before British Prime Minister Harold Wilson announced in 1968 the intention to withdraw British military forces east of Suez.

At a meeting in London on 24 July 1961, British Defence Minister Harold Watkinson told the guests, which included US Defense Secretary Robert McNamara, US Assistant Defense Secretary Paul Nitze and Lord Mountbatten, that from a preliminary review of Britain’s balance of payments, “it looked as though” Britain might have to withdraw its forces from Hong Kong, Singapore and all its positions east of Aden, said the memorandum. The British cabinet had ordered Watkinson to make annual savings of 35 million pounds in UK defence spending outside Europe, the memorandum added.

“Mr McNamara commented that the loss of Hong Kong would probably cost (the British) more in foreign exchange than the 35 million pounds per annum they were attempting to save,” said the memorandum.

As it turned out, the British closed down their large naval base in Singapore in the early 1970s, but retained military forces in Hong Kong till the handover on 1 July 1997.

Tensions between the PRC and the Republic of China (Taiwan)

British ships from Hong Kong were calling at Xiamen (Amoy), a port on the coast of Fujian province, while running the gauntlet of artillery fire from Nationalist forces on Jinmen Island near Xiamen, according to a formerly secret letter of 26 February 1958 from the US Director of Naval Intelligence, Rear Admiral Laurence Frost, to US CIA Director Allen Dulles.

Military tensions between the Chinese Communists and Nationalists across the Straits of Taiwan were already high from 1956 to early 1958, before the Second Taiwan Straits Crisis started with Chinese Communist artillery bombardment of Jinmen Island on 23 August 1958. The situation from June 1956 to August 1957 was so tense that foreign ships – confined to two British-flagged ships – called at Xiamen only six times. During that period, Nationalist artillery forces on Jinmen Island fired on these two British-flagged ships on several occasions, the letter disclosed. Around February 1958, three British-flagged ships owned by a Hong Kong shipping company were operating routes between Hong Kong and Xiamen, said the letter.

A CIA memorandum of 3 May 1952, during the Korean War, said a Chinese informant of “unknown reliability” had received information from Hong Kong through a “Chinese Secret Society Grapevine” that Russia, through Liu Shaoqi, vice-chairman of the Chinese Communist Party, was “engineering a tremendous buildup of men and equipment in Korea and Indochina to be used coincident with a sneak attack on the United States similar to Pearl Harbor”.

The sneak attack on the US never happened and no Chinese forces fought in Vietnam at that time. But this warning was true for Korea, where several battles were fought between Chinese Communist forces and the US (together with its United Nations allies) in the second half of 1952. Apparently, the information from this Hong Kong secret society gangster was partly correct.

Secrets of the period remain undisclosed

Hopefully, these still undisclosed documents will be revealed to the public in future. They may make for fascinating reading.

Toh Han Shih is freelance journalist and writer. He is a Singaporean citizen who has lived in Hong Kong since 2003. In Hong Kong, he has worked as a business reporter for South China Morning Post and in Kroll, a US risk consultancy. Prior to that, he has lived and worked in Shanghai and Beijing in 2003 and 2002 respectively.

The CIA’s half-disclosures on Hong Kong’s past