Chinese newspaper People’s Daily has called on the public to have faith in the country amid heated debate over Hong Kong tycoon Li Ka-shing’s alleged withdrawal of investments from China.

In a commentary published on Sunday, the Communist Party mouthpiece weighed in on the ongoing controversy sparked by a mainland think tank’s article called “Don’t Let Li Ka-shing Run Away” earlier this month. 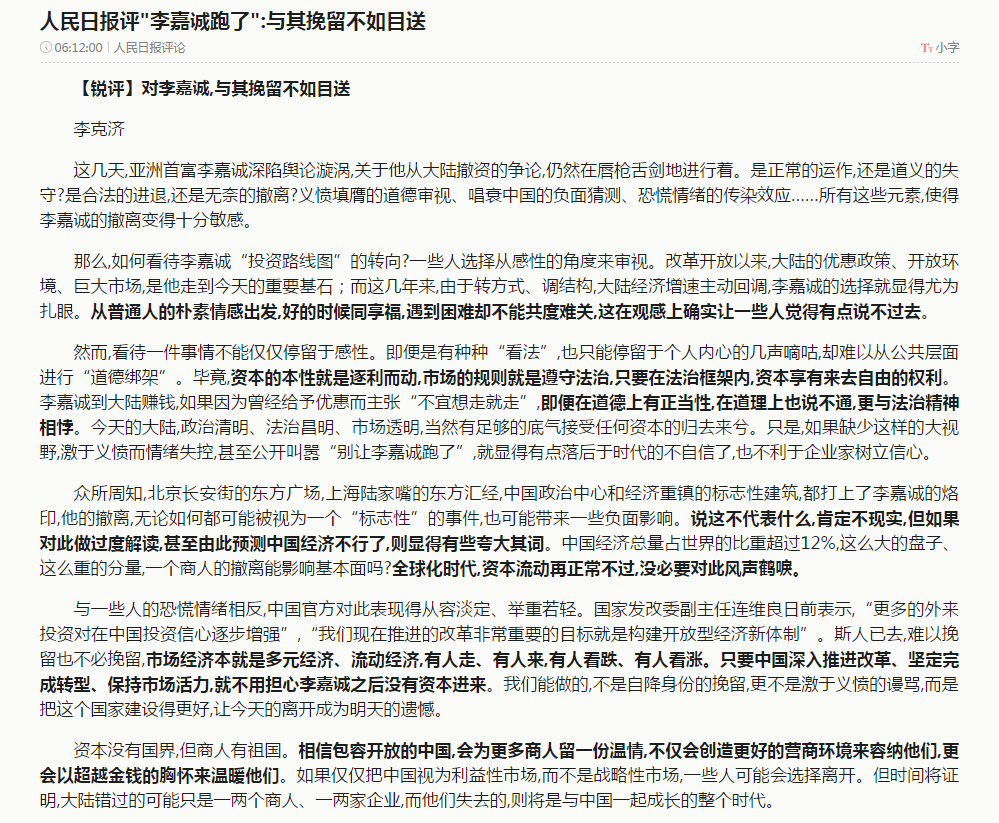 The article, published by Liaowang Institution, chided Li as being ungrateful for the Chinese government’s “huge support” to his business and “running away” when China is “in an economic crisis.” The article came out after mainland media reported Li’s Cheung Kong Property Holdings planned to sell a real estate project in Shanghai.

The think tank, established by the state-owned Xinhua news agency, said Li had “spread pessimism” about the Chinese economy by offloading his assets at a “sensitive time.”

Many netizens joined in denouncing Li, Hong Kong’s richest man, while others expressed support for the billionaire. A Cheung Kong spokesman later denied the company was withdrawing businesses from China. 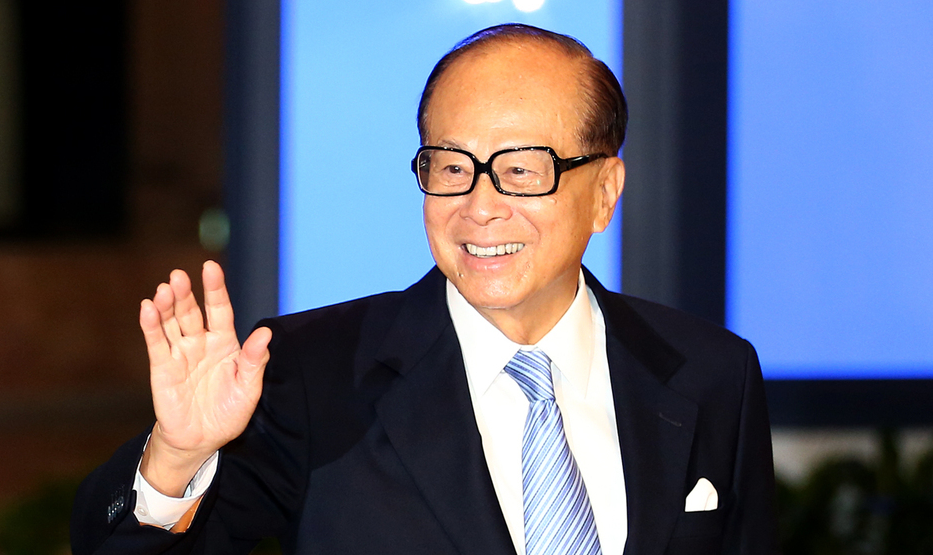 People’s Daily urged the public not to overreact on the issue and “believe in an inclusive and open China.”

“In today’s mainland, politics is clear and just, the rule of law is flourishing, the market is transparent, [we] should certainly have enough confidence to accept the come and go of any capital,” the commentary said.

Today’s mainland, politics is clear and just, the rule of law is flourishing, the market is transparent, [we] should certainly have enough confidence to accept the come and go of any capital.
今天的大陆，政治清明、法治昌明、市场透明，当然有足够的底气接受任何资本的归去来兮。

Talks about Li’s divestment in mainland China and Hong Kong intensified in January this year after the tycoon restructured his business empire, uprooting it from Hong Kong and incorporating two new companies in the Cayman Islands. According to mainland media The Paper, Li has sold multiple properties in Guangzhou, Nanjing, Shanghai and Beijing since 2013.

Li’s moves are read as a sign of his lack of confidence in the future of the Chinese economy, which is facing slowing growth and an extremely volatile stock market. However, Li has repeatedly denied he is withdrawing from China, insisting that he was doing what’s best for his companies and their shareholders.