On the contrary, the law mandates the Chief Executive to be accountable to the Hong Kong Special Administrative Region (Article 43) and to be responsible for the implementation of the Basic Law (Article 48 (2)), which mandates “all Hong Kong residents” to be treated equally before the law (Article 25). Statements made by the executive head of the administration which even remotely suggest that his office is above the law should be received with extreme caution. Such statements could pave the way for action allowing the executive to usurp unhindered power.

Two foundation stones of Hong Kong’s prosperity are the territory’s independent judiciary and a relatively corruption-free environment. These have established Hong Kong as an Asian territory where the rule of law is held supreme. Zhang’s statement, and the Chief Executive’s subsequent defence of his comments, constitute, in fact, a threat to the two cornerstones of Hong Kong’s rule of law. Several political leaders and executive heads in the world have tried to restrict judicial independence and circumvent judicial oversight by claiming themselves to be above the law by virtue of being heads of state. Most of them succeeded; only a handful failed. History tells us that those who succeeded turned out to be some of the worst dictators of the 20th Century.

Asia has had its fair share of such leaders. Mr. Ranasinghe Premadasa and Mr. Mahinda Rajapaksa, former presidents of Sri Lanka, and General Zia-ul-Haq and General Parvez Musharraf, former presidents of Pakistan, were notorious for their interference with the functioning of the judiciary after taking office, and both Sri Lanka and Pakistan have yet to recover from the devastating effects of a highly corrupt and politicised judiciary. 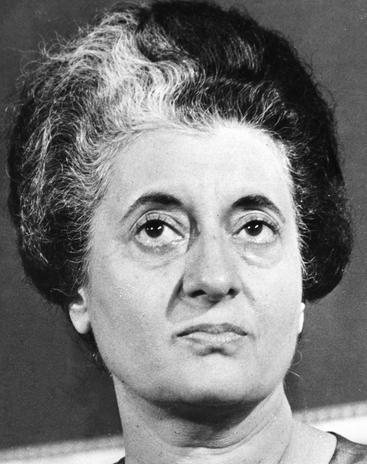 The incumbent military junta in Thailand has trampled upon judicial independence in that country, seriously damaging its rudimentary justice architecture further. In fact, the latest military coup d’état in Thailand would not have been possible if the country had a strong and independent judiciary. Myanmar presents another example from the region. Interference with judicial independence, and impunity for executive leaders, have contributed to the stagnation of Myanmar and its people in conditions that prevailed in the 1950’s.

On the other hand, attempts by former Indian Prime Minister Mrs. Indira Gandhi to restrict judicial independence in that country by amending the Constitution were resisted by the judiciary. Mrs. Gandhi had claimed that the Indian Parliament is supreme, having unrestricted powers to amend the Constitution.

The Indian judiciary thwarted Mrs. Gandhi’s dictatorial aspirations. The people also resisted, voting Mrs. Gandhi out of power. Without these two elements, India too would have become yet another former British colony where democratic processes only make cameo appearances.

Fortunately for Hong Kong the judiciary and the Bar maintain strong vigilance against any transgressions into their professional independence. But this vigilance needs constant support and encouragement from the people, failing which Hong Kong too could face a similar fate to that of Sri Lanka, Myanmar, and Pakistan, and become like any other city in China.

The Basic Law is supreme, not the Chief Executive appointed under it